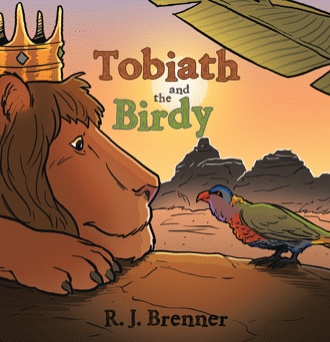 They both spent the night riding out the storm; the rain down-pouring by the minute. The lightening cutting fiercely through the sky, and the thunder rumbling so loudly it shook the earth. As they each lay low under their cover, they spent the night pondering their friendship and all the things they offered each other. The good, the bad, the strengths, and the weaknesses each of them have. No doubt they both cared greatly for each other, but just how could they be friends again and respect each other’s differences? Perhaps it was the blow to Tobiath’s head he experienced as he as fell down earlier that evening, but he finally began to look deep within himself that night. He realized that maybe Birdy was right about a few of the things she had been trying to teach him, and decided that he needed to make some changes.

It is true that most of us tend to be friends with those we have things in common with. But what if you become friends with someone who is much different than you? Do you think it’s possible?

In her book Tobiath and the Birdy, author R. J. Brenner tells the tale of two very different creatures—a mighty lion and a small bird—who unexpectedly meet. Although it isn’t easy, and despite their quarrels, they learn from each other and develop a lasting friendship. Tobiath and the Birdy teaches children to understand the importance of kindness and to be unselfish with others. You never know who might become an important friend.

R. J. Brenner is a full-time registered nurse, mother of two young children, and a hobby farmer. Among many other things, she enjoys writing children’s stories. Using her creative nature and influenced by her children and other experiences in life, she encapsulates her ideas into tastefully written short children’s stories. She resides in Michigan.