Jesus and the Call to Authenticity 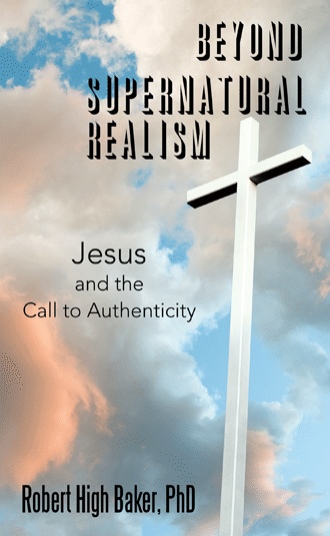 What is "real"? What is "true"? What is the nature of Jesus, and what is meant by "revelation"? What does the "Resurrection" tell us?

Is Jesus a supernatural "drop in" sent to show us what the supernatural is all about, or is he fully human, and only human, and his "revelation" is about the nature of human existence itself. And can what we call "God" be a reality other than supernatural?

It is toward this end that the following discussion is addressed. The basis for the discussion is a description of man derived from thinkers deemed "Existentialists" and includes writers from the late 19th through the mid 20th Centuries. Those I will feature most prominently here are Soren Kierkegaard and Martin Heidegger. I will refer in the text to passages in "Irrational Man, " by William Barrett, a Mid-20th Century discussion of Existentialism that remains one of the most readable and knowledgeable assessments of that philosophic movement.

For almost two millennia, Christians have struggled with the confusing language of the Nicene Creed and its strange intermingling of Greek and biblical traditions. And for the past several centuries, at the least, Christians have also wrestled with another challenge: the insistence in orthodox Christian doctrine that their faith depends on a belief in a “supernatural realism” that places God, truth, and ultimate reality itself somewhere other than in the natural, human world.

In Beyond Supernatural Realism, author Dr. Robert High Baker explores how these ideas about supernatural realism asserted in the Nicene Creed came to be, and he argues for another way to understand the meaning of Jesus’s life and death through the lens of existentialist philosophy and philosophers like Heidegger and Kierkegaard. Existentialist thought gives us an alternative way to understand what we mean by God, the nature of faith, and the power of Christ, and it unburdens contemporary Christians from the limitations of antiquated cultural traditions.

For modern-day individuals, supernatural reality has no meaning for them in their day-to-day lives, yet these individuals are asked to accept such a reality as the basis for their faith. But by turning to existentialist thought as a way to leave behind concepts that no longer make sense in the modern world, we can instead discover what being a Christian might truly mean.

Robert High Baker holds a PhD in English from the University of Texas at Austin (1979). His dissertation was entitled “Aspects of Existential Phenomenology in the Works of Henry David Thoreau,” and this focus in graduate school led to a lifetime of interest in existentialism as a hermeneutic approach that could be applied to many areas of study. Soon after graduation he left academia to enter the business world, but his interest in the humanities remained, including an ever-deepening interest in Christian theology.