An Ordinary Woman, an Extraordinary God 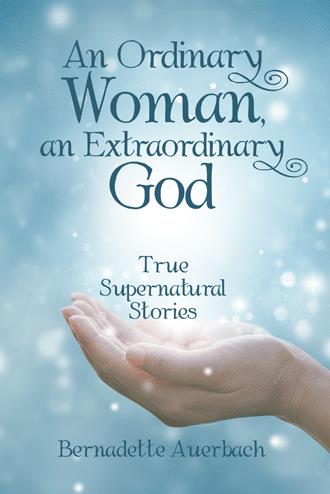 One evening after work, I was on my bed watching what was, oddly enough, since I was in my twenties, my favorite Christian television show-- Herman Bailey's "Action 60's," which was broadcast from the west coast of Florida.  I felt unseen hands cover my eyes and ears, and I lost contact with what was going on around me.  I heard what sounded like a movie projector and saw a white screen come down in front of my eyes, and I was shown what appeared to be heaven!  I love sheep, and I was thrilled to see this precious, little white lamb in bright medium green grass drinking water from a little stream.  The stream was filled with bubbly lavender water, and I could see through it clearly all the way to the bottom.  I began to hear parts of the 23rd Psalm: "He leads me beside the still waters.  He restores my soul."

Then I heard the Holy Spirit say, "Now, I want you to be like this little lamb."

Today's true story took place in the middle of January in 2012 at the house of my mother.

Mother had made a small dinner party for my husband, Howard, who died in September, 2014, and me at her house to celebrate his birthday.  We had finished eating, and Howard had begun to hook up some electronics, including a DVD player, for Mother in her den.  In this family, caution skips a generation, and Mother had lots of items that had the potential for breaking that were still out on the shelves of the TV armoire and all around the room, and Howard, although very intelligent and generous, was a bull in a china shop.  I am mentioning this to let you know that I was nothing close to being relaxed, and Howard had just accidentally knocked the first ceramic bird onto the tile floor.

I was seated on the sofa, waiting to see what else I was going to have to clean up or protect, when these unseen hands began to cover my eyes and ears.  It sounded like a movie screen had descended before my eyes, and that a projector was running, and I was totally out of touch with what was going on in the house.  I heard water splashing and French voices calling out.  My spirit seemed to be hovering about three to four feet above the ground, and I began to notice that an easel was being set up for the painting of a picture.  This was at a clearing on the edge of some body of water, perhaps a lake.  I was able to see around the canvas, eventually, and I was amazed to see that I was able to recognize my surroundings.  The artist setting up his canvas was, apparently, Claude Monet, and he was painting "Sailboats at Argenteuil," believe it or not!  [Through a BBC broadcast, I later heard that Monet always painted those kinds of scenes from a boat.  I did feel as though I was rocking, but I think that was just because my spirit was floating.  This definitely was at the edge of the water.  Since this reporter I had seen was so interested in the details of Monet's works, I tried to contact her to tell her of this experience, but she neither had email nor any other address I could find.  (You can imagine, this is not something you want the whole world to judge.)]

Eventually, the invisible hands came off of my ears, the projection screen lifted from my eyes, and I was again cognizant of the activities in my mother's house.  Still, I was thankful and elated at being able to experience what I had just experienced; yet, I was humbled that God had permitted it.

Author Bernadette Auerbach has had numerous brushes with the supernatural and the Holy Spirit over the course of her life. Now she shares true tales of those events with the aim of educating and encouraging others in their faith.

From visions of Jesus to encounters with a guardian angel and the grim reaper, along with many incidents involving supernatural instruction and words of knowledge, Auerbach describes her various otherworldly occurrences drawn from a lifetime of seeing more than she expected to. Through these descriptions, she hopes others will become excited about the potential for their own spiritual adventures and answers to their prayers. Most of these stories began as simple accounts presented in a series of e-mails, intended to show that God will talk to mortals, if we will only reserve time for Him, so that we can hear Him.

In these personal narratives, one woman recounts her real-life supernatural experiences with the Holy Spirit and other forces in her daily life.

Bernadette Auerbach is a former airline employee and the widow of a mathematical genius and inventor. She also writes music, poetry, limericks, and comedy, including a heretofore unpublished series called Daily Comic Frame for the Blind. She currently lives in Cary, North Carolina.