Daffodils in the South Wind

by Patricia A. Green 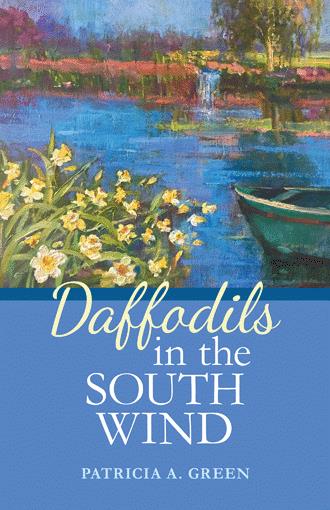 Surprises—some good but mostly bad—always seemed to rush into Jinger Rose’s life. When she and her younger brother, Rustin, are sent South to live with relatives, she is uncertain, yet quietly excited. This story evolves into a trilogy of the lives of Jinger, her conflicted guardians, and her headstrong daughter.
A historical novel, it is a generational tale of the times, struggles, conflicts, colorism, pride, prejudice, and hope filled resolutions of two southern families. Vibrant daffodils periodically appear, emitting hope and quiet advocacy for the protagonists as they seek to live lives of prestige and dignity in the twentieth century, Jim Crow South.

Warm, thoughtful and engaging. Explores the power of family, faith and perseverance with aplomb.
CLAYTEE WHITE, AUTHOR OF “EIGHT DOLLARS A DAY AND WORKING IN THE SHADE” AN ORAL HISTORY

An inspiration and a must read for all. Prolific writer who brings the Jim Crow Era to life with spirit.
HEARLEY V. SMITH, PH.D., AUTHOR OF THE ILLNESS

Patricia A. Green is a former classroom teacher, high school counselor and alternative school principal. She earned a B.A. in Social Science, a M. Ed in School Counseling, and an Ed. D in Leadership from UNLV.  Dr. Green now devotes her time to writing fiction. She resides in Las Vegas, Nevada with her husband, Leon, daughter, Briyonna Joi and grandson, Pharaoh.