The Time Is Now

The Teachings of Ayahuasca 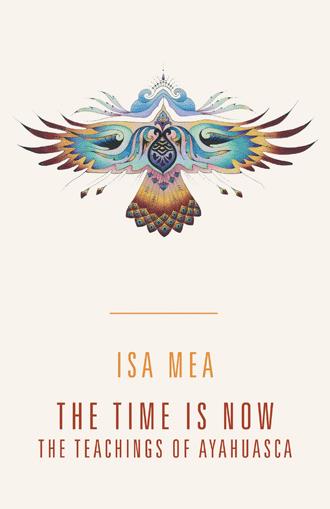 I continued to visit the yana caspi tree, sitting on the bench beneath its canopy temple with rays of sunlight penetrating the green above me and playing on the ground when a slight breeze would blow. The undergrowth reached only as far as the outer rim of the canopy, and one day I noticed movement amidst the leaves and branches and lianas. At first, I thought it was the wind, but the air was still. The rustling came first here ... and then there. It was not a pleasant feeling. At that point I'd already grown used to the rainforest and its noises, but this time something was different, and I could feel myself growing tense. I sat completely still and focused on the rustling in the undergrowth. I could have sworn that I was hearing faint laughter and whispers that became livelier as I made myself relax. I tried to look and see where it was coming from, but there was nothing. At least nothing I could see. I could sense the faint traces given off by the energies of the tiny creatures of the rainforest that frolicked in the undergrowth just outside the ring of bare ground. They felt friendly, and the tension in me was replaced by the mischief that emanated from them.

Then they asked me to sing for them. I was full of their infectious playfulness, and we were alone after all. I thought, Why not? So I began to sing an icaro. My voice was quiet and uncertain at first, but I grew more confident. The rustling died down as if the tiny creatures were stopping to listen. When I was done, there was minute laughter in the undergrowth that could only belong to the smallest of beings. After that, I would always sing to those rainforest fairies beneath the canopy of yana caspi. As for the ceremony, I still wasn't ready just yet.

I concluded a month's dieting yana caspi. Warmi caspi had accompanied us toward the end, and afterward, I continued to diet this tree alone. During ceremonies I was introduced to rainforest fairies, and I got to know them quite well. Both trees got along well with the fairies, and later I learned that they had summoned the fairies to help me. Warmi Caspi is a stocky old indigenous woman with black hair tied up in two braids and a wide green skirt. She has an outrageous sense of humor, and she's always dancing--sometimes calmly, sometimes with an alacrity that belies her age. She is recognized as one of the oldest beings of the rainforest. The contrast of her age and her dancing is sometimes so egregious that it summons a person out of their darkest thoughts and reminds them that life is not so serious that it can't be punctuated by a decent measure of laughter.

The ayahuasca ceremonies that I experienced beneath her canopy were therefore both serious and fun ... and always unexpected. I sat on one of her roots and waited for the brew to take effect. From the temple I could hear Mia singing in her clear voice.

When she finished, I heard Warmi Caspi say, "Why aren't you singing?"

I took a breath and sighed. "How can I sing? I haven't got a voice like Mia's."

"Well, you have a voice, do you not?" she said, dead seriousand a little concerned.

Her question was so sincere that I had to laugh. "So?" she insisted.

It's true. I do have a voice, I thought to myself. I took a deep breath and started to quietly sing the icaro that I'd learned during the diet. I closed my eyes and sang louder. I saw a yellowish orange light begin to rise up the tree trunk alongside my voice. Then the light manifested into lines, its tips into buds, which slowly opened to reveal fairy-tale flowers. The stems wrapped around the trunk, climbing up toward the canopy. Suddenly, I stood in the middle of a wonderful garden full of blooming flowers, surrounded by light.

"Now you see what your voice can create. Sing, please, because you can accomplish much, much more," Warmi Caspi said.

That evening I sat beneath the canopy and sang all the icaros that I’d learned thus far, and Warmi Caspi showed me their purpose, everything that their melodies and vibrations could accomplish. She showed me how to sense the energy they carried and how to channel it for a specific purpose; how to follow the different rhythms within each song, which would introduce an energy in that specific moment for that specific purpose; and how to support the voice with the rustling rhythm of the shacapa. Only then did I begin to understand what icaros were and why one never truly stopped learning how to sing them.

Author Isa Mea shares with us her personal journey, navigating altered states of consciousness through working with the sacred plant medicine Ayahuasca and other teacher plants of the Amazon rainforest for over a decade.

She explains the relevance and importance of plant dietas as a means of establishing connections with guides and teachers from other realities. These plant spirits teach us about ourselves, our place in the world and how to heal our physical, mental, emotional and spiritual wounds. The potentials of these plants were discovered by Indigenous cultures, as they developed the practices of communicating and learning from other realities.

By the principles of giving and receiving, the time has come for all cultures to unite and afford indigenous peoples the recognition and respect they deserve for their knowledge, their right to self-determination and the protection of their environment. Only then can we fully appreciate and understand the true meaning and importance of their knowledge.

United as one human family, evolving through wisdom and understanding of the interconnectedness of all things, we may finally reach harmonious ways of living, enabling us to grow and expand the life force of the planet.

Isa Mea traveled to Peru in 2006, where she accidentally encountered ayahuasca, an Amazonian plant mixture capable of inducing altered states of consciousness. Since then, she has been studying the teachings of Amazonian plant kingdom. She has been working for environmental NGOs and advocates the transition to circular economy, global equity in the distribution of natural resources, and the related attitude to indigenous communities. She currently lives in Slovenia.