If Something Happens, Would You? 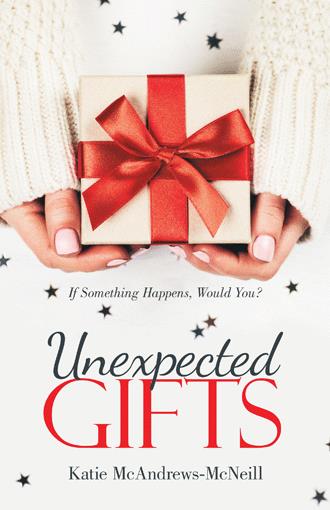 CHAPTER 1 - HOW IT ALL BEGAN
Let me begin with some simple facts about myself. I grew up in a small town in Pennsylvania, great family, great friends, great neighbors and the perfect little place to grow up. As two teenage siblings my sister and I could not have been more different. My sister Susie had an almost annoyingly perfect way about her. I was more the rebel- challenging everything.
Sis always dated the smart appropriate guys you bring home to Daddy. I, on the other hand, dated the bad boys. I should probably apologize to those reading this who might be offended by anything I might generalize about, remembering generalities don’t necessarily include everyone!
When it came time for High School, we went to a private Jesuit institution. We played sports and got a wonderful education. My sister, of course, had to take college credit courses while in High School just to challenge herself a little bit more! She knew exactly what she was going to study in college, what she wanted to be when she graduated, and she met her future husband while in High School. I had no idea what I wanted to be or what I would study in college, but I knew I would be dating different people for quite some time!
My sister proceeded to graduate from college, undertake an amazing career, graduate from the Wharton School of Business-very impressive I might add, marry her High School sweetheart, have two beautiful girls and a wonderful life together.
I left college after a few semesters. I, as my Dad said, majored in ‘social atmosphere.’ I never negated that. I took four years off, worked and continued focusing on yet another relationship. I realized after four years I needed to revisit going back to college. I had a new outlook. If I was going to have a great career, make a great salary, and forge ahead, I should probably get my degree. I graduated Magna Cum Laude with my Bachelor of Arts and I would then undertake a very lucrative career in the Fashion Industry (not what my degree was in.) Working in retail, as they say, during my four year sabbatical and during college, led me to my passion for the past twenty years.
My sister had moved away to Virginia with her husband. I knew if I was going to have a great career in Fashion, I needed to move out of Scranton, Pennsylvania. I ended my seven year relationship and moved to King of Prussia, Pennsylvania. It was one of the largest malls in the country and a great start for a career in Retail. Within a few weeks, I would meet my next ‘relationship’ which would last for thirteen years and end.
Sis and her husband were living in Virginia and me, right outside of Philadelphia. Susie and Angelo had two beautiful girls and settled into their beautiful new home in Maryland. My sister became a full-time Mom after walking away from her very lucrative career to undertake what became her greatest accomplishment and fulfillment, Motherhood. Angelo, by trade, a physician, proudly started his own company.
I continued to rotate through the Fashion world working for amazing companies and eventually relocated to New York City, which was my life-long dream.
Fast forward to May 12th, 2004.
My sister was going in to the hospital for a simple gallbladder procedure. As I drove home from work that day on the Long Island Expressway my phone rang. It was Susie. She would always ask if I was driving when she called. There was no blue tooth or hands-free technology back then! That day she didn’t ask. I, of course, asked how she was feeling. She said “not so good.” She had this amazing strength in her tone which she carried with her from that day forward. I knew there was something wrong. She wasn’t just my sister she was my best friend. What she was about to tell me would forever change all of our lives. She said “I have cancer.” I remember the whole world stopping as I drove, praying this couldn’t be true. She then asked me “Oh my goodness, are you driving? Call me when you get home.” Reluctantly, she stayed on the phone. She proceeded to tell me she had colon cancer. It was already in stage four. How could this be? No symptoms and stage four colon cancer? I was crying so hard I physically hurt. This was my big sister at forty years old. She was everything to me. In her amazing strength, she explained to me how she and Angelo (him being a Doctor, seeing and knowing more about the scans and results being viewed and discussed) sat and listened to the fatal diagnosis, crying and feeling like their wonderful life was given a death sentence.
When I finally arrived home I called Susie again. We talked and cried. She and Angelo were just trying to come to terms with the news. They would be speaking with the doctors the next day to start a very aggressive chemo plan and discuss any other treatments that might be available.
I remember one of the many things she said that night. She said “I am so scared for the girls and worried that I won’t see them grow up.” She said she would undergo any treatment or pain necessary to live and enjoy the life she and Angelo had planned with the girls.
I sat on the floor of my apartment that night and cried louder than I had ever cried before. I had cuts under my eyes the next morning from crying all night.
Over the next several days, treatment plans were in place and the planning processes began. The fight to live, despite all odds, was the best motivation for my sister. So began the question and answer period in the face of death “If something happens would you?”

A small-town girl from Pennsylvania, author Katie McAndrews-McNeill harbored big dreams of working in the fashion world in New York City. After a twisty journey, she achieved that goal, enjoying success as she navigated through her career. Her priorities were dating, dining, fancying fine wines, and living in beautiful apartments in New York and on the Hudson in Hoboken, New Jersey. Life was more idyllic than she could have imagined.

All that changed in 2004 when her only and older sister, Susie, was diagnosed with stage four colon cancer and died just fourteen months later. The decisions McAndrews-McNeill made changed her life in the most wonderful and unexpected ways. In Unexpected Gifts, she shares the story of the blessings she received after her sister’s passing, deciding to forgo her fashion career to become a nanny for Susie’s two young daughters.

Unexpected Gifts offers a message for anyone experiencing illness, death, or tragedy. It’s about the strength to continue to live while you can, planning for the what ifs, and believing that in great loss can be found amazing, unexpected gifts if you allow yourself the opportunity.