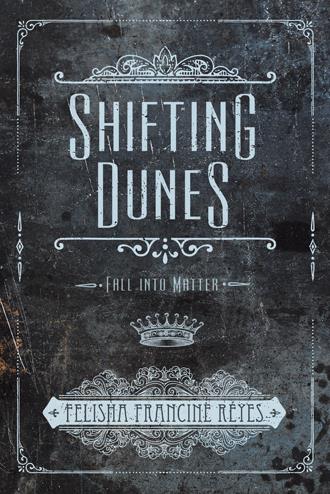 Astounding it was the images beneath the dim glow of the night, though barely seen, the breeze had brushed them upon his skin, searching throughout billions of pieces of sand to find nothing but a billion more. Though this would seem as a moment to begin, he only to become uplifted, admire this new life.

To be accustomed to the places of the stars, seeing the movement of the sand dunes which flow easily towards the east, and some towards the north through these unusual winds, was he left determined by a certain calculation that they rise and fall two inches every few minutes depending by the winds velocity.

It's a wide area for one to get lost in the sands. For one to disappear and perish, the thoughts of such things came so vicious to Daniel, he couldn't help but to think of it from time to time. Now more than before when he found himself standing amongst the dunes in the cold night and the thoughts of October cross him, her still gaze pierced him, her smile.

It was mesmerizing, he though how she would love to see this night.

After being convicted of an unjustified crime Daniel is sentenced to serve the remainder of his time on a desolate world, the Sunnda Moon. A satellite known for its mystery and it’s endless sea of sand. This will be his final mission. If successfully completed, Daniel will be a free man.

Annexed into the SAD Division, he searches for a wrecked spacecraft. Without his knowledge- or the knowledge of his superiors- Daniel realizes his connection. When it was the infamous Sloan Cox, the interstellar felon and his ex brother-in-law who left Daniel the decision whether he would choose to forget it or expose the ISDA from a great secret. When a covert occurrence is to blame for the death of Daniel’s sister, Maxine, the only family either of them had left.

Daniel must now face the truth, tied down by his own crime and his intangible regret, October. Who he was encouraged to leave behind in order to save from the same fate. Haunted by her, and by the loss of his sister, too, Daniel must fight for survival.

Escape tyranny by escaping home. Chase the sand in search of a second chance, a dream, a freedom, and a secret.

Felisha Francine Reyes was born and raised in Texas. Writing did not come natural to her, as an artist she turned her art work into words, creative writing became a part of her person, a passion that has no end.

“It’s not about reaching the moon anymore,  it’s about defying gravity no matter where your from or where you been while you’re getting where you need to go.”