Miracles across the Bridge 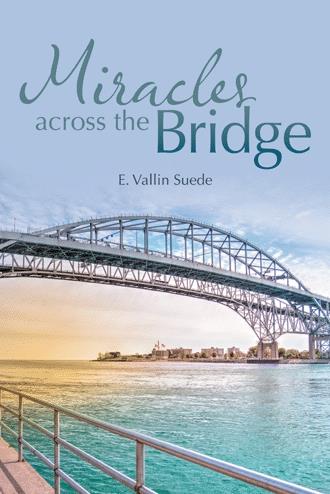 Women needed protection, and if the people who pledged to love and protect them till death could not do so, and neither could their elected representatives, then an alternative had to be found. But the sad situation was; it was too late for the many women who were lying in cemeteries, gone too soon, killed by the hands of their husbands or boyfriends without any justifiable reasons. It was also too late for many of those who were alive as they were already disfigured physically and emotionally. These women placed little blame on their perpetrators, but blamed their mothers who forced them into a marriage instead of encouraging them to get an education. The girls felt enormous pressure to get married and have children. And no doubt the mothers felt guilty at one time or the other for telling their daughters that they shouldn’t die old, single, and miserable, and that it was better ‘to wear out than to rust out.’ A new breed of female emerged from this group, the anuptaphobics (fear of staying single), and they repeatedly made the same mistakes over and over again. These are women who had forfeited their lives by returning to their abusers even when there was definitely a way out, but they just did not have the will to stay away. Joseph Conrad, a nineteenth century Polish author once said, ‘Being a woman is a terribly difficult task, since it consists of primarily dealing with men.’ But how many viewed it this way?
Someone had the foresight to recognize that it was time to reach the women who could be helped, and thank goodness, the opportunity exists for them to redefine themselves, get an education and become independent. They realized that they can write their life’s script with a happy ending. And from that group there emerged a different breed; the androphobics (those who had a fear of men). Whether they were once married and divorced, or never married, they felt comfortable that they could become successful and independent without men. They ignored the stereotypes of being referred to as ‘old maid,’ ‘social deviant,’ and ‘the need to be pitied.’ They were under no obligation to justify their reasons for being single. They had the right to be looked at as ‘normal,’ and not be discriminated against. They embraced singlehood.

The mastermind behind this rescue mission was a young woman named Ionnia Dunn-Ryte. She had witnessed the sufferings of her own mother by the hands of a drunken batterer /abuser and who called his only daughter a mistake, wished she had not existed, and had made attempts to get her out of the way. Coupled with that and her frail physical condition, she was not expected to live, and to compound the situation she had a grandmother who also made attempts to make this a reality. But she survived for a reason. At an early age when other little girls were playing hide-‘n-seek, hopscotch and other children’s games, this little one was passionate that she would make a difference in women’s lives. It took some time for her dreams to materialize, but they finally did. And when she was asked why she was so passionate about helping women, she quoted Einstein, “Only a life lived for others is a life worthwhile.”

While growing up on the island of Puca Luca, Ionnia Dunn-Ryte witnessed much more than most girls her age. After seeing her mother suffer at the hands of a drunken abuser who labels Ionnia, his only daughter, a mistake, she decides to make a difference and dedicate her life to being an architect of positive change by liberating women from emotional, financial, and physical abuse.

As she matures into a woman and attains professional success, Ionnia, who exhibits all the traits of a lioness, will stop at nothing to protect the helpless. After she overcomes several obstacles and acquires an abandoned island she transforms into a safe haven where women can reside to rejuvenate, find confidence, and embrace a happy and independent existence, Ionnia begins instilling hope into wounded women by guiding them across a bridge to realize there is a better life waiting for them. As she works tirelessly, what happens next is nothing short of a miracle.

In this poignant tale, an abuse survivorr pursues her passion of helping wounded women by purchasing an island and turning it into a safe haven powered by love, belief in self, and hope.

E. Vallin Suede never let the scars of being labeled “different” and a “misfit” as a child deter her from earning a degree in elementary education, a bachelor’s degree in psychology, a diploma in  communications and a master’s degree in counseling. Since then, she has used her acquired knowledge and experiences to promote selflessness, empathy, and inspiration. Miracles across the Bridge is her first book.