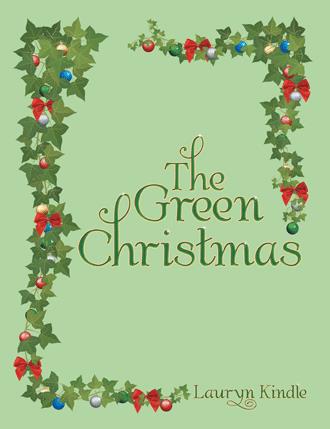 Santa spent his time taking long naps beside the fire. He dreamt of a world without his beloved polar bears, a world where many of the earth’s creatures had to travel far in search of food to eat and cooler temperatures.

Now there were only twelve days until Christmas. Santa had been so busy sleeping and worrying about the polar bears that he had forgotten all about the children’s letters. Later that night, as bright stars lit a dark sky, Santa settled down with a warm cookie and a cold glass of milk to consider Christmas.

Early in December, up at the North Pole, Santa’s workshop is a very busy place. All the elves are hard at work, getting everything ready for Christmas.

But Santa isn’t himself; his beard is long and tangled, and his boot buckles are loose. He’s worried about his good friend Pierre, a polar bear, and all the other polar bears who live near his home. Thanks to temperatures going up all over the planet, ice is melting all around the North Pole—ice that the polar bears need to find shelter and food. One day Pierre comes up with a plan that could save the polar bears and stop global warming. Only with the help of children everywhere can Santa and Pierre make sure that Christmas is merry for everyone!

In this children’s tale, Santa Claus and his friend Pierre, a polar bear, ask children all over the world to help them put a stop to climate change.

Lauryn Kindle has an MA in writing from DePaul University in Chicago, Illinois. She has written four children’s stories and is currently working on another book. Her interests include gardening, traveling, cooking, reading, and exercising. She believes that the issues of climate change and species diversity are important ones and deserve the proper attention that will move them to the forefront of the social and political discourse. She currently lives in Kalamazoo, Michigan.