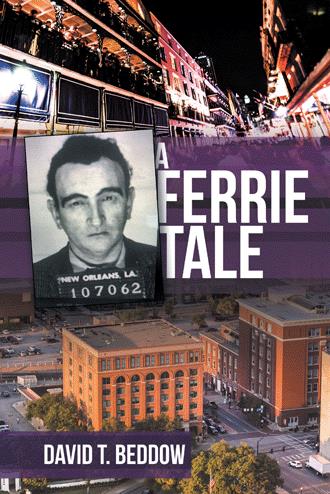 Ignoring the celebration, Ferrie and Gill huddled in the corner of the lounge with a third man, talking seriously and shunning the Vieux Carrés and hurricanes. They had work to do. The third man William Guy Banister was a former FBI agent turned private investigator and bag man for Marcello. The three reviewed the assignment. Ferrie then left the bar and slipped into a phone booth in the Monteleone lobby. He called Dallas. The call was short but animated.

Heading for the hotel’s front door, he was greeted by a distraught but elegant-looking middle-aged woman. “Oh, my God,” she blurted out. “It really happened.” She repeated “Oh, my God” over and over until Ferrie grabbed her shoulders and gently shook her quiet.

“You don’t want to know. Just, ma’am, please—lie low for a while. Stay away from the lab.” They hugged like friends who thought they’d never see each other again.

“Be careful, Dave.” Dr. Mary was antsy. Her voice shuddered.

Ferrie slipped her a note in a Town and Country Motel envelope and then shot out onto Royal Street and caught a cab.

Ferrie’s orders were to drive straightaway to Houston. In other circumstances, he would have flown himself to Houston, but he’d been directed to go by car. A private, unscheduled plane flying late at night into Texas the night of the assassination could have drawn attention.

However, he was prepared to do some flying later in the weekend. A de Havilland Dove—a rugged, twin-engine British monoplane—had been positioned at Scholes Field on Galveston Island, ready for him to fly an escape mission south to Guatemala on Saturday or Sunday, if necessary. But whether this would be necessary was still unclear. Based on the public reports, only Lee Oswald had been arrested. That Oswald, a callow young man with aimless ambition, was arrested wasn’t a surprise. But there still was no news about the second shooter.

While most of the country was glued to the unprecedented wall-to-wall television news coverage and beginning to mourn the death of the young president, Ferrie was about to take a nerve-racking, 358-mile drive across the countryside of western Louisiana and East Texas to Houston through a pounding rainstorm. He had no confidence he’d get back to New Orleans alive. They might silence him as they were planning to do with Oswald.

Because the second shooter was a no-show, there was no need to go to Galveston to fly him out of the country. Ferrie had been told to leave the de Havilland Dove there if he didn’t need it that weekend. It would be picked up by another Marcello pilot after things had cooled down in Texas.

But he’d promised Galveston to the guys. Al and Melvin had never been to this decadent, not-very-nice beach town. So, they still went, driving the fifty miles southeast Saturday evening, with a brief sightseeing stop at NASA’s Manned Space Center requested by Melvin.

They roamed around waterfront bars Ferrie knew from earlier visits while flying for Eastern Air Lines, though there were few revelers out and about on that sad night. The three men each slept well, lulled by the waves crashing against the seawall by their motel, the Driftwood. In the morning, they headed back to Louisiana.

Ferrie’s decision to go on to Galveston was also prompted by news Gill had passed on to him through the Winterland payphone. His fellow Marcello foot soldier and amateur detective—the seamy Jack Martin—had disclosed to the FBI, Gill said, that Ferrie knew Oswald and had spent considerable time with him the previous summer. He also said that Martin was circulating a false story around New Orleans that Ferrie’s Tulane University library card was found on Oswald by the Dallas police.

And a startling story was starting to spread around the Quarter, Gill had revealed, that Ferrie had hypnotized Oswald to shoot Kennedy. Gill didn’t know where that story was coming from. Probably from one of Ferrie’s young male acquaintances.

Gill had advised Ferrie to take his time getting home.

When Ferrie finally returned to New Orleans a few days later, he became the first person to be arrested as a suspected conspirator in the assassination of JFK. Though the evidence against him was too thin to hold him at that time, he came under sharper suspicion toward the end of the remaining thirty-nine months of his life. Just days before he was to be rearrested in February 1967 for JFK’s murder, Ferrie was found dead in his apartment. He was wearing what appeared to be a white shroud, grasping a plain olive-wood crucifix.

What a long, strange trip it was. Through the night after JFK was assassinated, a quirky New Orleans man named David Ferrie drove from the Big Easy, rain beating on his windshield, to a deserted ice skating rink in Houston, arriving at three fifteen in the morning. After nervously making several payphone calls then and the next day from the rink, Ferrie turned around and headed home, where he was immediately arrested for conspiring to murder the president. Why? And why, thirty-nine months later, on the verge of being rearrested for the same crime, did he suddenly and suspiciously die?

The seductive and decadent city of New Orleans, the most unique and operatic city in America, provides the beat to this tale. Over time New Orleans’s citizens have been suffused with an amuse-yourself attitude—sometimes reasonable, sometimes not—that affected events in Ferrie’s life. “In this town,” as Ferrie was wont to say, “the craziest things make perfect sense.”

David Ferrie was a conflicted figure who would’ve been remarkable even had he not been involved in a plot to assassinate President Kennedy. But his long tumble into this plot made him, as Orleans Parish DA Garrison publicly announced, “one of history’s most important individuals.”

David T. Beddow was born in Logan, West Virginia, a small coal-mining town near the Kentucky border. He attended Colgate University and the University of Virginia School of Law and practiced for thirty-six years with an international law firm in Washington, D.C. He currently lives with his wife in the Washington suburbs.