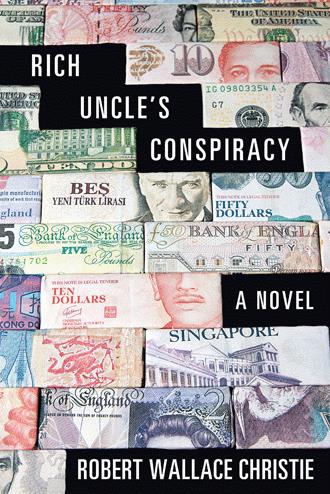 Bruce Wallace, Warren Hudson, and Ian Mac Donald are three executives and long-time friends who have just met up at a financial conference in Atlanta. Warren, who arrives early in the conference room, switches their name tags with two men on the other side of the table without telling his friends. A short time later after the conference leaders turn the lights on for a break, the two Japanese dignitaries that took their old seats are found murdered.

While the three friends attempt to determine what happened, if they were the intended targets and why the assassinations occurred, the police delve into a complicated investigation of the murders. After the police realize that all the conference attendees received identical invitations with a personal note attached and are providing similar answers to their interview questions, they are led deep into the same mystery that is taking Bruce, Warren, and Ian down a dangerous path to Moscow, Washington, Edinburgh, and eventually to the front door of the oval office. But who will survive and who will sacrifice everything to learn the truth?

In this political thriller, three long-time friends find themselves in the midst of a complex mystery after they realize someone wants them dead.

Robert Wallace Christie enjoyed a long and rewarding career that included many years traveling and working abroad. When he was not working, he and his wife cruised and fished extensively while on their yacht, Huggie Bear. Now retired, Christie resides with his wife, Gail, in Gaithersburg, Maryland. Rich Uncle’s Conspiracy is his debut novel.