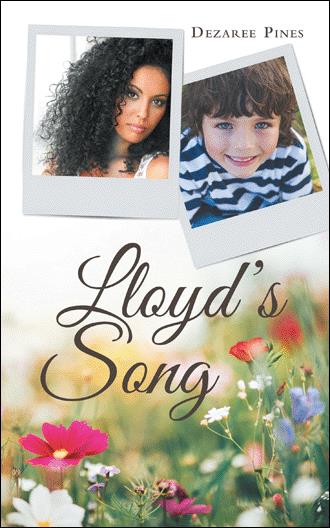 Hazel remembered the incident like it was yesterday. She realized that she had not come to a place of total forgiveness even now.

She remembered that she was happy to pull into the circular drive of her beautiful Hollywood home after returning from a month long African movie shoot.

She exited the limousine after the driver opened the door for her.

The limo driver carried her bags into the foyer. “You can leave those here,” she said, smiling.

The driver smiled back as she handed him a very generous tip.

“Thank you, Miss Morgan. It was my pleasure to be of service to you,” the chauffer said a bit formally.

She was very excited about having the starring role in the film about a Black American woman coming to the knowledge of her African ancestral roots. She was happy as she came home. She was eager to share all of her adventures with Devon. After seeing that he was not downstairs, but having seen his BMW in the driveway, she ran up the stairs. She opened the bedroom door to find Devon between the sheets with a drugged-out-looking bimbo.

She stood silent, in utter shock. She was totally immobilized for a few moments as the horrible reality of what she was seeing unfolded in front of her.

The two of them were so immersed in their passion that they did not realize she was standing there.

Once she was finally able to get her legs to move, she walked over to the luxurious king-sized bed and snatched away the expensive satin top sheet.

She remembered beginning to scream, “I always knew you were a little too darned good to be true. I trusted you and made excuses for you. I defended you when people tried to tell me that you were no good and especially no good for me. You chose to disrespect me in my home and my bed, Devon? Really? Get the hell out of my house! You are evil, and I guess I always knew it. Thank you for proving it.”

Hazel looked at the bimbo, who by this time was up out of the massive king-sized bed. The murderous, fuming look on Hazel’s face had the woman grabbing her clothes and purse from the floor. The naked bimbo took off running down the stairs and out through the front of the house.

Devon seemed to come out of some type of drugged stupor and started to stutter, “Whoa … whoa, wait a-a minute baa-baby! I … I … I can explain.”

Hazel found herself laughing hysterically. “Explain? Explain? This time no amount of flowers, perfume, apologies, chocolates, or cheap-ass jewelry trinkets can ever make me look at you with any type of respect again. Your deception is unforgivable. I will never trust you again. Trust means everything to me.”

She remembered screaming out loud, after more closely observing his nude body, “Oh dear Lord, you are not even wearing a condom. Thank God I always had enough sense to protect myself when I was with you. Oh my God! What was I thinking to get into a relationship with you? Okay, the fool is awake now.”

On that day, she discovered that it is possible to laugh and cry at the same time.

“I am giving you minutes to pack your things and leave my home,” she screamed hysterically, flinging his clothes to the center of the room from the closets and chests of drawers.

I’m sorry, Hazel,” Devon continued to repeat as he stumbled drunkenly to pull on his clothes and to pick up the pile from the floor, where Hazel continued to throw them. He was doing his best to quickly pack to leave.

“Devon, there is not enough sorry in the entire universe to cover what you’ve done. And believe me; you are not as sorry as you are going to be.”

Hazel remembered that she spoke ominously that day saying, “Just remember, Devon, it is on the wheel.” The expression “it is on the wheel” was something Mr. Garcia, an old Puerto Rican-Italian man from her church, used to say. He had Sicilian Mafia roots but had come to Christ. “It is on the wheel,” Hazel repeated. “What goes around comes around; you will pay, and when you do, I just pray that I am around to see it.”

Although it was a warm summer day in Connecticut, she shivered as she thought back to that awful day of deceit and the awful moment of betrayal. She shivered with the knowledge that on that day she was awakened from her delusion of love and trust by pulling the covers off Devon … literally.

She did see Devon get his justice when he was found dead of dead of a very suspicious, supposedly self-inflicted gunshot wound to the head. As much as she hated what Devon had done to her, no one deserved to die like that. At this point in her life, she was too jaded, bruised, hurt, broken down, and tired to even feel grief. After all, Devon wasn’t really much of a loss.

Hazel Morgan is a movie star, desperately unhappy with the glittering cesspool of Hollywood. Overwhelmed by the sex, drugs, and betrayal, she leaves the fancy life behind before it devours her whole. She returns to her Connecticut hometown. There, she lives quietly in her late mother’s house but still finds no joy.

Hazel begins to realize that her new path is much more important than her past. This burned out and jaded superstar learns, with the help of a young boy, that God is indeed a God of second chances, and He loves her no matter what.

Dezaree Pines lives in a suburb of Hartford, Connecticut. A graduate of Howard University’s School of Communications—with a degree in radio broadcast production and a minor in journalism—Dezaree is an ordained minister who works as an editor for a major insurance company. Writing is her true passion, and Christian themes dominate her fiction.