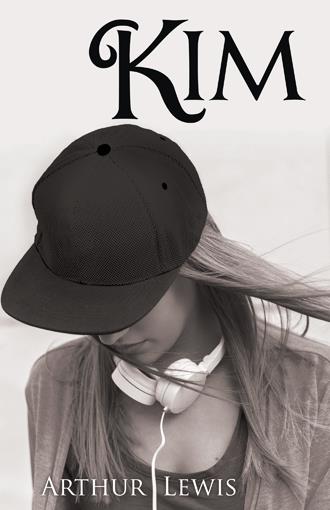 Whack! Kim’s eyes flew open as something smacked the outside of the house right next to her bedroom window.  The sun was shining much too brightly, and Kim leaped out of bed and grabbed her phone to check the time.

“Shit!” Kim cursed and threw off her covers. She tossed the yearbooks back under the bed and ran to the shower.  How could she have overslept?  Homeroom was the most important part of the day and she had over slept again. Where were her parents?  Where was her brother?  Kim turned bright red as she scrambled to grab her clothes and her car keys.  She sprinted down the stairs barely touching each step as she went and swung open the garage door and saw her brother standing there with a whiffle ball bat.

“Why aren’t you at school?” Kim quizzed her younger sibling.

“Uh, because it’s Saturday duh?” her brother sarcastically spat back at her then tossed his whiffle ball in the air and swung as hard as he could, connecting with the ball in Kim’s direction.

The ball crashed against the wall above Kim’s head and her fear of the day being gone crashed down onto the landing along with the hollow ball.  Kim stood in the doorway breathing heavily and wiped the sweat from her brow.  She was relieved on several counts.  Number one: she had not missed Kyle in homeroom.  Number two: she did not have to go to school and see Mr. Ward.  Number three: she had the whole day to herself.  She could hopefully seek out Kyle and make sure that he had fully recovered from the day before.

Kim raced back inside and slammed the door before her brother could finish his request.

“Bitch,” Alex screamed from behind the closed door.

Bitch was exactly what Kim was going to be today because her second mission, after checking on Kyle, was to seek out his kidnapper and make sure she never took another breath.  Redemption.

Kim turned her focus towards the skank.  Kim had needed an escape from the monotony that had become her day-to-day routine in order to take care of some business.  She was going to fully take advantage of the fact that her mother and father were preoccupied every single Saturday.  She had very little freedom to explore the world on her own it seemed, and Saturdays were her time to do what she pleased.

Kim ran back up the stairs almost as quickly as she had flown down them.  She turned on the shower, threw off her clothes, and sat down cross-legged under the spout.  As water sprayed down on top of her she pretended for a second that she was drowning.  She held her breath for a minute or so and envisioned what it would be like to give up.  Before she could asphyxiate a vision of Kyle and her holding hands and skipping through a field appeared before her.  It was so startling that it literally knocked her backwards against the back of the shower and she caught her breath.

Kim Sanders is an eighteen-year-old student at Mandarin High School. She suffers from severe social anxiety, paranoia, and is considered by some to be psychotic. Or is she? Especially troubling is Kim’s obsessive infatuation with fellow classmate, Kyle Banker. She romanticizes constantly about their future together, despite her parents’, teachers’, and guidance counselor’s skepticism. She is certain the two of them are meant to be a couple and visualizes their wedding day. Kim faces not only the typical and often-difficult challenges of adolescence, but she also struggles as pertinent details of her past are brought to the surface. She does not cease in her quest to be with Kyle, stalking him at every turn. Though she sincerely believes they’ll have a happily ever after, will the complexity of Kim’s past prevent the two of them from fulfilling there destiny?

Arthur Lewis grew up in Cleveland, Ohio, and graduated from The Ohio State University. He is an avid sports fan who lives in South Florida with his wife, Jennifer, and son. This is Lewis’ debut book.