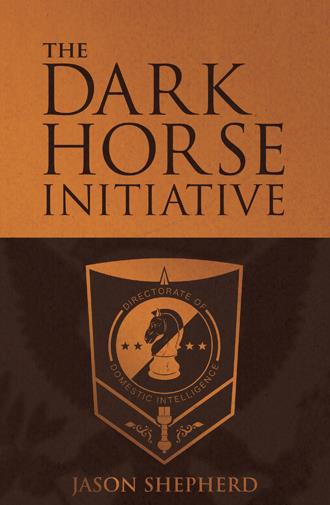 “Put this over your head.”

Brock stared back in stunned silence. Confused and unsettled by the unusual request, he slowly and apprehensively slid the bag over his head, growing alarmed at what might happen next. As Brock pulled the black hood over his face, he felt the instructor grab his arm and push him forward. The heavy cloth hood was completely opaque, allowing no light to reach Brock’s eyes. This sudden loss of sensory perception upset his equilibrium, causing him to rock backward unexpectedly.

“I’ll lead you into the mat room.”

Brock felt the instructor’s sure hands clasp his arms tightly and guide him forward. Brock’s suspicions about what this assessment entailed were confirmed by the instructor’s mention of a mat room. From his many years of mixed martial arts training, Brock had become intimately acquainted with the arena he was about to enter. Brock had spent countless hours training with his instructors and sparring partners in mat rooms honing his skill set.

Brock’s breathing deepened and became more rapid in The Dark Horse Initiative 35 anticipation of what lay ahead. The thick material of the bag made breathing difficult, rapidly diminishing his aerobic capacity. This, coupled with his temporary blindness, quickly elevated Brock’s heart rate. He struggled to control his breathing as the condensation from his breath moistened the hood causing it to stick to his mouth and nose, restricting his breathing even more. Brock could feel himself starting to hyperventilate as waves of anxiety formed in the pit of his stomach.

The hood was ripped off of Brock’s face just as the disoriented plea escaped his lips. His desperate attempts to regain his composure and allow his eyes to adjust to the bright light of the mat room caused him to shield his face unconsciously. As he attempted to block the light and ensure the suffocating constriction of the hood was gone, he caught movement out of the corner of his eye.

He responded a split second too late as a gloved fist smashed into his face. The jarring impact to his nose and mouth registered as a white flash to Brock’s closed eyes as he dropped to one knee from the force of the blow. He fought to steady himself with his hands as blood poured from his broken nose and split lip. His vision cleared just in time to see the torso of his opponent moving toward him, poised to finish him with a knee strike to the face.

Brock was able to bring his arms in front of his face just in time to shield him from the intended blow, the force of which was so powerful it knocked him backwards. His training taught him to use the momentum from the force of the impact to propel himself into a backward roll. He summoned his remaining strength to right himself into a bladed stance, straining to regain his equilibrium.

As his opponent rushed towards him, Brock’s vision cleared enough for him to see his attacker was clad in a neoprene Misfits face shield and a pair of MMA fighting gloves. He knew from firsthand experience these gloves provided just enough padding to keep a person from being beaten to death, but not enough to keep 36 Jason Shepherd them from being bludgeoned into unconsciousness quickly and painfully. Brock’s vision continued to deteriorate by the second as his eyes began to swell from the strike to the face that served as the vicious starting bell for the assessment.

Brock waited until his assailant was almost upon him and sidestepped at the last second, landing a strike to the masked man’s torso. The surprise, coupled with the expert placement of the blow, knocked the wind out of Brock’s opponent dropping him to one knee. Without hesitating, Brock grabbed the back of his adversary’s neck and pulled it forcefully downward to meet the upward movement of his knee. The well-placed strike landed with a satisfying thud in the man’s face. Before Brock could coil his leg for a second strike, the man vaulted forward, tackling Brock onto his back, immediately trying to establish a mount.

Brock’s opponent made the costly mistake of assuming that he knew little about ground fighting and tried to establish a front choke hold on him. In one motion, Brock slammed his hand into the elbow of his masked attacker, causing it to hyperextend. His attacker grimaced and let out a surprised yelp of pain, giving Brock the time he needed, to capture his arm and bring his leg over the far side of the man’s neck. Surprised by Brock’s grappling prowess, his opponent realized much too late what was about to happen. Brock’s leg forced the head of his assailant forcefully to the mat as he established an arm-bar.

His head throbbing mercilessly from the initial assault, Brock tried with all his might to bring his opponent into submission by adding pressure to his opponent’s elbow. He would have normally noticed his quarry executing a hip escape, had he not been preoccupied with trying to maintain consciousness and his submission hold. The masked man shifted his weight, slid out of the arm-bar and connected a blow to his head in one swift motion. Brock never saw the knee that struck him in the temple, knocking him unconscious before his head hit the mat.

After he endures an arduous screening process, a young college student secures a summer internship with the Department of Homeland Security. As he gains invaluable experience, Brock Cahill has no idea that a chance encounter with a gunman on the street one day will change everything.
After he singlehandedly takes down the gunman with an evil mission, Brock goes about his normal life—until he receives a mysterious job offer from the government. When he reports to a remote installation to begin training, Brock quickly realizes all is not as it seems. Hidden deep beneath the installation is a secret facility tasked with a vital mission. Soon after Brock learns he has been recruited into a mysterious program known only as Dark Horse, he is quickly thrust into a brutal selection process for an elite team of operatives that leaves him struggling to recover from a ruthless attack while proving his worth. Looming in the distance is a veiled mission that, if discovered, could permanently alter the balance of power in Washington and threaten the security of all Americans.
In this political thriller, a young intern is recruited into a covert government intelligence program where he must complete several dangerous missions that include infiltrating a domestic terrorist group.

Jason Shepherd spent over a decade with the US Secret Service and the FBI. During his career he was assigned to the White House, as a firearms instructor at the Secret Service training academy, and gathered intelligence for counterterrorism and counterintelligence investigations for the FBI. He has since been called to the wilds of Alaska, where he ministers with his lovely wife and four boys. The Dark Horse Initiative is his debut novel.