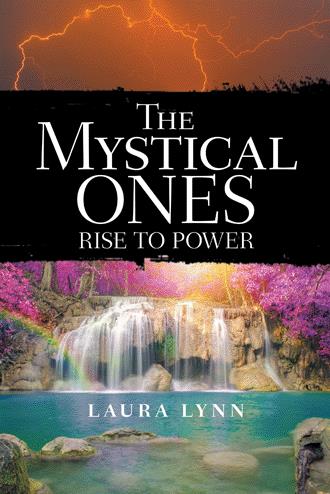 "You thought you could take my children from me?"

Then she saw him, like her, he had not changed at all. His blonde hair still long with just a little wave in it. His crystal blue eyes looked at her as though he despised her. She knew he was searching for something inside her mind. She could feel him in her head.

She was mesmerized, totally lost at the sight of him. For just a moment she forgot all the reasons she had ran from him.

Then without a word he turned, grabbed Saina and Sandra and disappeared through the portal.

Athena ran towards the portal but slammed into the solid wall.

She picked the crying Samantha up and went to the phone.

Wayne sat straight up as the phone rang. He looked at the clock on his night stand, rubbing his eyes he saw it was 3:45 a.m.

He picked up the receiver, "Hello?" He said into the phone.

"Wayne, he took them. He took my girls. I know he will be back for Samantha."

"Athena?" He asked rubbing his forehead.

" Who took..." Then remembering his feeling that something bad was coming he added, “ take Samantha and hide, I'm on my way.”

Before he hung up he heard Athena screaming. Then he heard a man's voice, but couldn't understand what was said. He dropped the phone and ran to his truck. He drove as fast as he could to get to her.

As he drove he thought about everything Athena had told him and realized that the ‘he’ she referred to had to be Bee. With that thought in his head he pushed the gas down to the floor.

Less than a hour later he arrived at Athena's' house. He could feel that something was very wrong. It was very quiet and then he could smell the stench of death in the air.

Wayne ran up the steps, he slammed the door open. The smell was so strong inside that he took a step back. It was times like this that he wished he was a mortal. His heightened sense of smell could pick up odors days before the mortals could.

"Athena." He called out. There was no answer. He started walking toward the stairs. He tried to convince himself that she was hiding like he told her to do, even though he already knew that he was too late.39

As he neared the top step, he heard something moving. His brown eyes turned bright yellow, his teeth started growing and his ears perked up to hear better. When he reached the top he looked down the hall in both directions, there was a light on in the room he had helped Athena decorate for the girls.

Wayne walked slowly down the hall towards the half opened door. Just as he reached out to push it open the rest of the way, he heard a man's voice, "I know you are there. Come on in, Wayne."

Samantha Martin is an independent teenager who believes that she is an orphaned only child who is being raised by her Uncle Wayne and Aunt Kim. For some reason, she has always felt as though she does not belong in her world. But little does she know that everything is about to change on her eighteenth birthday.

After Samantha learns that her father is alive and that she has two sisters, she also discovers that all the people in her life are not who they seem. Her uncle is a wolf. Her cousin is a demigod and her mother is a goddess. Even more perplexing yet, Samantha quickly realizes that the universe is full of magical planets and more than just one dimension. Now as she embarks on a dangerous search for her father and sisters, Samantha must summon help from wolves, vampires, and even a mermaid as she courageously faces Gods and horrifying creatures in an all-out effort to reunite with her family.

In this exciting tale for young adults, an orphaned teenager sets out on a quest to find her birth family within a fantastical world of vampires, wolves, and mythical beings.

Laura Lynn has always been fascinated by the Gods and mythical beings. Her writing is inspired by her father who always encouraged her creativity. She currently resides in Boswell, Pennsylvania. The Mystical Ones: Rise to Power is her debut novel.