Clawing Through the Back Doors of Show Biz 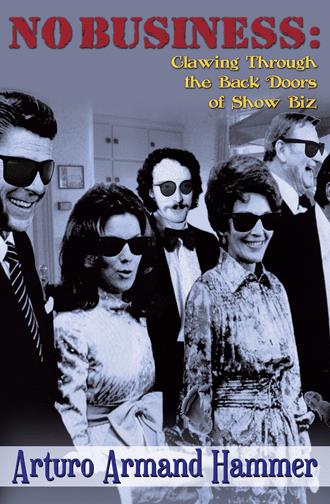 “You look like you could use a lift.” I stood on the highway 101 northbound onramp on Hollywood Blvd with my thumb out, bindle over my shoulder and a sign which read, ‘I could use a lift.’ I considered the fellow at the wheel. He seemed fairly perceptive, but I couldn’t be sure. While conservative in appearance he affected a very insouciant manner. His eyes were concealed behind reflective aviator shades, he wore a Giants ball cap and smoked a cigarette in a long filter. He sat at the wheel of a blue ’62 Chevy Impala, “The Rock Island Line” blaring out of the tinny radio speaker. He had an open bottle of Schlitz between his legs from a well-used case in the back.
“I was afraid my sign might be too subtle. Thanks.” I climbed in, discarding the sign for the next traveler and set my bindle in the back.
“While you’re back there, could you…?” he muttered, tailing his crotch brew. And as an afterthought, “Grab yourself one if you’ve a mind to.” I did. I opened the bottles with the church key on my belt and handed him one. He admired my opener. “Resourceful, I like that,” and with nary a look at the traffic behind, he floored it and we were off.
“So, uh, where you headed?” We had just crested the Cahuenga Pass and launched into the San Fernando Valley at high speed, zooming in and out of traffic with perilous ease.
“I hear tales of mind-altering drugs and body-altaring women in the Bay Area. My restless libertine spirit demands that I assess these claims erectly; not rely on second-hand accounts.” He suppressed a smirk then took his eyes off the road and fixed me with a stare.
“I appreciate your inquisitive nature. Consider the wonders of the glove box.” He turned back to the road barely in time to avoid slamming into a garbage truck which had pulled on at Lankershim. Whipping into the next lane, a hail of skidding and honking behind, he continued, “Having met some of these tails and enjoyed their emollients, I would be happy to direct you to the appropriate venues.”
In the glove box was a black leather shaving kit. I looked from it to him and he nodded at it, swerving to avoid hitting a smoking Ford Pinto beside us. I pulled it out and opened it. He clearly wasn’t recommending grooming. There were 3 pill bottles, one with all kinds of mixed pills, another with what appeared to be Seconal (Reds) and the last with about 20 Black Beauties (high grade speed). There were various small bags and a jar with what appeared to be cocaine, but the immediate focus of interest was the grass, right on top. This I extracted along with the Zig Zags beside them and closed the shaving kit, returning it to the glovebox.
He watched me out of the corner of his eye which caused him to drift in his lane, necessarily causing the cars near him to drift in compensation, rarely a good thing hurtling along at 75 mph, 9:30 Sunday night on a very busy highway with your drunken driver wearing dark glasses. I rolled up a couple cigarette sized joints with the efficiency of one well practiced in the craft, then fired one and offered it to him. Impressed, he accepted it and drew deeply.
“I think I could use you in my work. Rare to see such efficiency in a smoker.” He returned the joint to me in a cloud of smoke, seriously crowding the lane facing the oncoming traffic. He was an odd fellow, making snap decisions that involved my employment – I liked him. I took a long draw, then responded, with each word punctuated by a puff of smoke, “The Boy Scout in me I suppose. Be Prepared and all that. Suppose I should have joined.”
He choked a little on that, nearly forcing a VW bus off the shoulder, and straightened out to again receive the joint. “Naw, you got the gist of it. Don’t take you for much of a uniform guy anyway.” I watched as we barreled between a Plymouth station wagon and a delivery truck, inches to spare on either side as they attempted to merge where we were driving in contravention of reason, safety, and law. This fellow was a disaster waiting to happen. I was in my element.
“They always clashed with my eyes.” He glanced over, then, smiling, looked back at the road.
“Red, huh?” I puffed and then handed the joint back to him.
“Yurp. I think my eyes are too well read for uniformity.” He considered this, then puffed and responded, “Once you see who paints the lines, it’s hard to want to stand in them.” He reached his long arm over and introduced himself. “Thompson, Doctor of Divinity.” I shook his hand.
“Hammer, patient with debauchery.”
“Good to meet you. I must warn you, the road ahead is fraught with ominous peril and grave danger. This isn’t a job for the squeamish.” He tailed his beer and I opened him another, which pleased him. We were developing intoxication awareness, and he could see it as useful for the work we were to partake in.
“I doubt the squeamish would have ever gotten in this car in the first place, Doc. But you’ll forgive me, what does a Doctor of Divinity do that requires assistance?”
He let out a laughing little bark and followed it with, “Drugs!”

There’s no business like show business, and Arturo Hammer knows that firsthand. From the hard-drinking fields of Northern California, to the soft entertainment fields of Hollywood, and from the orchards of the Big Apple to the jungles of Indochina, Hammer goes on a drug-fueled, sex-driven, high-intensity journey through the 1960s and beyond.

No Business follows the wildly unpredictable exploits of Hammer as he pulls back the curtain on the entertainment world to reveal the players and machinations which have come to define the United States and the world at large. With his less-than-humble beginnings in Northern California agriculture, Hammer shares the anecdotes and colorful stories from his life, including a romp through Hollywood’s cult of celebrity, New York’s commercial art explosion, and the international music scene before finding himself cast into the dark nether regions of international narco-politics and the expanding brutalities defining post-war America.

Engaging and outraging some of the biggest names in show business, Hammer gives show business a serious run for its money.

Arturo Hammer has worked for over thirty years in the entertainment industry. A resident of Los Angeles, he is the author of over twenty screenplays, who directed his self-penned independent feature Dead Air in 1998. In 2015 he authored the historical fiction novel No Business: Clawing Through the Back Doors of Show Biz and the nonfiction book Zero to One Thousand – Indiscreet With the Tweet Elite. He has written hundreds of songs, essays, blogs, and promotional spots. His work includes avant-garde musical composition, graphic art, and prop fabrication.