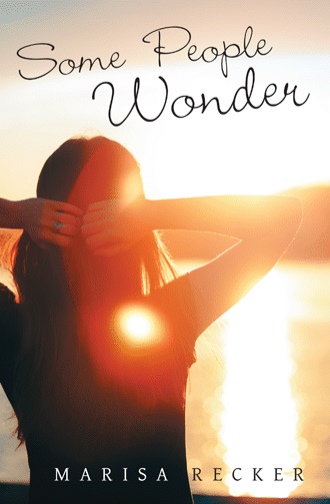 “Erik just tell me! You are living on your own, you're not telling me something, and I don't know why. I need you to tell me. I promise that nothing will change.” Despite my assurances, what he told me changed everything. “I've had to take things.” I gasped. I was overcome with so many emotions, that I had to grab the kitchen counter-top for stability. So many questions came into my mind. I stood in silence, closing my eyes, waiting for the nightmare to be over. It wasn't. “What do you mean? How long have you been doing this? With who?” “Ellie, just sit down.” I was still standing; feet firmly planted on the ground. I was not about to do anything that he asked. “You don't understand. I needed to make money, a lot of it in a short amount of time. I needed to find something to live in, or I would have been homeless. This was the best I could find, and it cost two grand. That plus rent, utilities, gas money, it all added up too quickly. I used to know this friend that did this for a living, and he told me if I ever needed money to give him a call. Ellie, this was the last resort for me, I didn't have any other options.” “Did getting a job ever occur to you? Or asking me for help? There are resources out there that would have helped you, and you know that I have some money from my mom, besides, you could have stayed with us. There were lots of options that you could have chosen that didn't involve stealing who knows what from innocent people.” “It's not that simple Ellie. You were grieving. I couldn't ask you for a place to stay, not with what was happening, and you know that I could never take money from you. A job would have taken too long, I didn't have time to waste looking for a job, training for it, and then waiting for a paycheck. I was out on my own, with nothing. It was a onetime thing, and that was that.” “I don't think you understand Erik! It won't just be that. You have stolen things! This is a crime. You could get arrested! Your gang friend won't forget about you, he will call you again and offer you a job that pays a bunch of money, and you won't refuse him. I thought I knew you, Erik. I trusted you!” I screamed, angry at myself and him. “No excuse could ever make up for what you did…I thought you were different, I thought you were good.” My heart was pounding out of my chest as I walked towards the front door. Before I could open it, he grabbed my arm. “Let go of me!” I yelled. “Ellie, wait, please,” he pleaded and kept his grip firm. “Let go!” I yelled again, and I slapped his arm hard and ran out the door. I ran away from the trailer until I was out on the main road, realizing that I had no way to leave. I checked my purse for change, and I had enough to call a cab. It came and picked me up fifteen minutes later. I buried my head in my arms as the cab driver drove me home. I loved Erik more than anything in the world. I imagined one day living with him, marrying him, and spending the rest of my life with him. At the same time, I could not grasp his logic. What was wrong with him? How dare he think that the best option was to commit a felony? Who was he stealing from? Banks, stores, houses, people? How could he hold me with the same hands that stole from others? How was I ever supposed to forgive him? These questions weighed my brain down, but the one that haunted me the most was: How could I be so stupid? “Are you okay, Miss?” The driver asked me as I stepped into the cab. “Yea, um, I'm fine.”

Ellie Clark is a high school sophomore who believes her biggest struggles in life are her next homework assignment and what she and her best friend, Shelbie, are going to do after school. She, like every other teenager she knows, wants to fall in love. Unfortunately, the only way she seems to find love is in her daydreams of Daniel Branaur, the tall, blue-eyed quarterback of the football team, star basketball player, and every girl’s dream.

When Shelbie finds love, Ellie is left alone—until she meets Erik Handleman, a fellow classmate with a bad reputation. As an undeniable connection develops between the two, Ellie’s perspective on the world completely changes. But just when life seems to be falling perfectly into place, Erik reveals he has been kicked out of his house, Ellie’s mom is diagnosed with cancer, her absentee father wants back into her life, and Daniel becomes more than just a dream.

Some People Wonder is an engaging story of a teenager’s navigation through love, intimacy, and loss as she grows into womanhood and realizes that she must make her own world right first before she can find the right person.

Marisa Recker is a Washington State native, an avid reader, and major Disney fan who is currently pursuing her bachelor’s degree at The King’s College in New York City. She wrote her first novel, Some People Wonder, while attending high school.