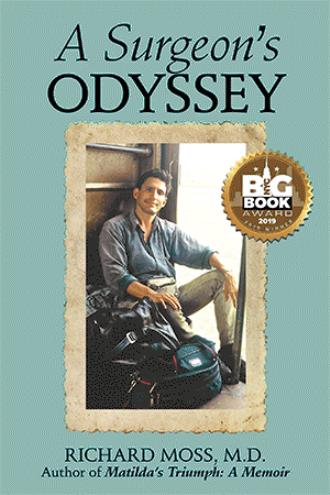 I was delivered from grinding indecision in the most unlikely of places - a Chinese restaurant in New York City’s Chinatown. A second floor walk-up called “Number 1” on Canal Street, a real dive. The portions were big, and the price was right. There were dozens of other joints like it in the neighborhood, but I always came here.

There were windows overlooking the bustling street below. Incandescent light bulbs dangled from the ceilings, casting a stark glow on the wooden tables, the plastic tablecloths, the creaky metal chairs, and linoleum. Holding court at the register was a wizened matriarch who barely spoke English.

“Hello again,” she nodded, remembering me.

I circled my order on the menu. “The usual.”

I sat down at a table next to the window. I found relief in gazing at the traffic, the crowds hurrying by, the madness and frenzy of downtown Manhattan. The place was empty. And quiet. Perfect for my purposes. I had to decide what to do with my life.

I had completed my residency training in Otolaryngology, also referred to as Ear Nose and Throat, or, even more simply, ENT. I had worked at the New York Eye and Ear Infirmary on 14th street in Manhattan, a revered old institution near famous Tompkin’s Square Park, a classic New York haunt and affectionately referred to as “Needle Park.” I had traveled across the continent to the dream city of San Francisco where I completed a fellowship in facial plastic surgery. Now, fully fourteen years after making the decision to become a doctor, I found myself at age thirty-three having actually completed the deal. Now I was ready to start a practice, and, yes, earn money, an essential staple that had always eluded me.

Coming from humble origins, I found the allure of money enticing. Born and raised in a tough neighborhood in the Bronx, the fourth son in a family of five boys, my brothers and I had been exposed to most of the common pathologies of the inner city. Indeed, my family had more than its fair share. It began early in my childhood when my mother and father divorced after years of squabbling. My mother, who had only a high school education, had to raise the five of us alone.

The waiter arrived with the food, a plate of simmering boneless chicken with cashew nuts and broccoli slathered in a brown glaze of oyster sauce and ginger.

The piquant aromas drifted from the plate and into my eager nostrils, arousing my appetite. It was bliss. Secular but near-messianic bliss. I dove in, taking deep and abiding pleasure in demolishing the tender pieces of chicken dripping with oyster sauce and spicy slivers of ginger, enjoying the debauchery of crunching cashews and broccoli between my upper and lower molars. It was more than just gustatory gratification. It was tactile and auditory. Visual and olfactory. It was a comprehensive assault on the senses. I knew I had made the right decision to return here.

Through difficult days as a kid in the Bronx, I managed to do well in school. Books were my refuge and through study I escaped some of the devastation occurring around me. I entered college, not a small feat. When I was accepted to medical school my family was ecstatic. I had beaten the odds. I could have wound up dead on the streets with a needle in my arm like friends and others from the neighborhood. Now, after 14 years of study and training, I was done with the whole protracted ordeal and poised for a career in medicine and hopefully success, both professional and financial. So, considering everything why was I now toying with the idea of leaving the country to work for virtually nothing in developing nations instead of staying right here and earning money for the first time in my life?

There were other elements that weighed in as well, not the least of which was the desire, if for only a short time, to get out of the highly regimented and Spartan existence I had been living in medical school and residency. I had watched, after all, more than a decade of my life go up in smoke, consumed in the fires of unending study, testing, and nights and weekends on call. On top of that, I harbored an enduring wanderlust, a desire to live abroad and see the world. I also fostered a desire to hurl myself into the turmoil and tumult of the third world, treating disease at its unmitigated worst. I wanted to work as a cancer surgeon in places where patients had little or no access to proper health care and presented at appalling stages of their disease. Why not devote a life to such endeavors? Not to mention the call of adventure! The Indiana Jones of Otolaryngology. A kind of Saint George of ENT, seeking cancer dragons to slay with a surgeon’s knife as lance, my “Ascalon.” The allure was powerful and tempting. But for a pauper like me, the glow of anticipated revenue also seduced.

After devouring the last fragment of cashew, I settled in with a small dish of pineapple chunks and the traditional fortune cookie. I stared at the little cookie suspiciously as it lay innocently atop the dish of pineapple. I picked it up, examining its contour and color. After a moment’s pause, I took a bite, brutally ripping the cookie apart with my teeth. A crumbled strip of white paper fell from my mouth. I picked it up and unfurled it.

“Do not forsake your dreams for material security.”

The lightning bolt struck direct from the Middle Kingdom. I was not superstitious but more than ready to accept this otherworldly mandate. My dilemma was real. I was torn. But now I saw unambiguously the path before me. It was not everyday that the sacred inscription of a Chinese fortune cookie decided one’s destiny.

From 1987 to 1990, author Dr. Richard Moss traveled extensively through Asia while working as a cancer surgeon in four different countries including Thailand, Nepal, India, and Bangladesh. His work was voluntary, however the “payoff” was in the rich, fascinating, and, often bizarre experiences he had both as a surgeon and wanderer.

Based on this three-year excursion, A Surgeon’s Odyssey delves into the true-to-life adventures, struggles, and quandaries of a young surgeon from humble beginnings who found himself in a strange and tragic but beautiful world, striving to save those suffering from horrifying disease under hellish circumstances. In this memoir, Moss shares his story that includes insights into life, other cultures and religions, and the tragedy of intolerable disease amidst destitution and scarcity.

A Surgeon’s Odyssey tells of a young man’s decision to forgo comfort and financial security for the adventure of a lifetime, pitting himself against the specter of overwhelming suffering and illness. It narrates the unique journey of a cancer surgeon who, against conventional wisdom, embarked on a pilgrimage of healing and experienced surgical triumphs and setbacks amidst some of the most beguiling and fascinating cultures in the world.

"A Surgeon's Odyssey" by Richard Moss MD wins the Independent Press Award for 2019 for best book in the category of Travel.

A New York City native, Dr. Moss is an Otolaryngologist-Head and Neck Surgeon in private practice in Jasper, Indiana since 1991 where he resides with his wife and four children. He is a graduate of the Indiana University School of Medicine. He was board certified in 1986. He is also a columnist, businessman, and local investor. Between 1987-1990, Dr. Moss traveled extensively through Asia while working as a cancer surgeon in four different countries including Thailand, Nepal, India and Bangladesh. This is his second book.