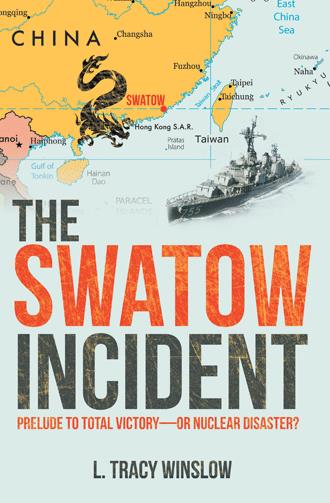 <p> Saturday afternoon liberty was posted in the ship’s Plan of the Day to commence at 1:30 p.m. Following the noon meal, a six-man party led by the ship’s electrical officer and the chief quartermaster departed the ship for shore patrol duty. At 1:30 p.m., liberty commenced for the third section, starboard watch, and many crew members left the ship. A short while later, the Bole received orders to depart as soon as possible for Sasebo, Japan, and at 2:37 p.m., liberty was canceled. After several minutes, the ship’s first lieutenant was sent ashore to notify and assist the shore patrol party in rounding up as many crew members as could be located. Refueling from the <i>Mispillion</i> began, and preparations initiated for getting underway.</p>

<p>The ship set special sea detail for getting underway at 6:00 p.m. and, after casting off all lines, departed Keelung, leaving behind seven crew members who had not been located. At 8:11 p.m., the Bole cleared the mine-swept channel, increased speed to twenty knots, and set a course for Sasebo, 625 miles to the northeast. She extinguished running lights at sunset and passed Hoka Sho light abeam to starboard at 9:45 p.m.

Two F4U Corsair attack aircraft returning from a strike on North Korea’s transportation infrastructure approached from astern the twelve ships in Task Force 77. Flying past the starboard side of the aircraft carrier USS Boxer (CV-21) at an altitude of 500 feet, the lead attack aircraft “broke” to the left for landing, reversing course in a sweeping 180-degree turn. The second Corsair continued flying toward the lead destroyer in the antisubmarine screen surrounding the carriers. Upon attaining a safe interval for landing behind the lead aircraft, it also broke to the left in a 180-degree turn. Each aircraft, in turn, passed back far to the port side of the Boxer, then entered a second 180-degree sweeping turn to the left for landing while descending to final approach altitude directly astern of the Boxer and lowering its tail hook. The landing signal officer, “Paddles” to the pilots, standing on the stern, port side, of the carrier’s flight deck, signaled to the pilot the status of the plane’s approach. Was it too low, too high, too far to the right or left, too fast, too slow, or right on? At the critical moment, he signaled the pilot to cut his power and land.

Rear Admiral W. G. Tomlinson watched from the Boxer’s flag bridge as the tail hook on the second Corsair caught the arresting cable, bringing the plane to a full stop. Tomlinson, commander of Carrier Division Three, as well as commander and officer-in-tactical-command (OTC) of Task Force 77, nodded to his operations officer. A voice signal went out over the force’s primary tactical radio frequency, and all twelve vessels in the formation turned in unison to the new course of 175 degrees. Destination—the Formosa Strait. On a secret operation, for the first time in five months, Task Force 77 was departing its operating area in the Sea of Japan.

Official mission—to conduct a photo-reconnaissance of China’s east coast in the vicinity of Formosa and a show of force in the Formosa Strait.

Actual mission—to initiate the opening round in a campaign to bring a quick and decisive victory over the Chinese and North Korean Communists.

Task Force 77 that early spring afternoon included two high-speed Essex-class strike force aircraft carriers, the Boxer and the Philippine Sea (CV-47). Ten destroyers were deployed in a four-mile diameter circular antisubmarine screen. The Philippine Sea was the flagship of Seventh Fleet Commander Vice Admiral Harold M. Martin. The previous evening, the admiral had departed the task force aboard a destroyer to observe shore bombardment operations of Task Force 74 being conducted some seventy miles to the northwest.

It was 5:30 p.m. on Saturday, April 7, 1951. Task Force 77 had commenced launching and recovering aircraft at 6:51 a.m. that day to strike targets in North Korea. The task force’s area of operations was some one hundred nautical miles offshore the east end of the “bomb line,” the designation given for a specified line north of the front lines between UN ground forces and the Communists. No bombs were to be dropped south of the bomb line except in attacks specifically requested by UN ground forces.

Soon a flotilla of armed motorized junks, Communist Chinese gunboats, approached from the port of Swatow and surrounded the Bole. The junks were judged to be 70 to 110 feet long, and all were armed with what appeared to be 76-mm artillery pieces. Some may have also carried torpedoes.

The Bole’s radar operator at main battery control high above the bridge, James E. Alexander, Electronics Technician 2nd Class, counted a total of forty-seven junks. In the combat information center, the surface radar operator closely monitored the ship’s position relative to land and kept the navigator advised of the ship’s distance from the mainland. It never approached closer than three miles. Gun crews manning the six 5”- 38 caliber guns (two in each of the two forward enclosed mounts and two more in the after mount) were on alert to open fire as ordered on any threatening aircraft or on sufficiently distant surface craft. The twelve 40-mm rapid fire AA guns were standing by to open fire on closer threats if ordered. Officers and petty officers on the bridge wore .45-caliber sidearms. Crew members armed with rifles stood by to defend against possible attempts to foul the ship’s propellers or to board the vessel. Depth charge crews set the charges to explode at shallow depth, while others prepared to fire the ahead-launched hedgehog antisubmarine weapons. The ship’s oil king stood by, ready to pressure fuel oil lines on the deck, while other members of the deck crew were prepared to spray and set alight fuel oil on any junk approaching sufficiently close to threaten boarding the Bole.

In the South China Sea during the Korean War, an unaccompanied United States Navy destroyer brazenly approached the Communist China seaport of Swatow. The Red Chinese immediately sent 40-50 armed motorized junks to confront and surround the lone destroyer.
One-hundred-fifty miles to the northwest a secretly-positioned fifteen-ship fast-carrier strike-force waited for word that the destroyer was under attack. The force was poised to immediately retaliate against China’s mainland in an attempt to eradicate communism from the Far East. No one in the nation’s capital in Washington, DC, was aware of the clandestine operation that remains relatively unknown to this day.
The author served on board the destroyer at the time of the event. He not only discusses the motivation, planning and preparations for the operation but describes details of the incident itself.

A story that reads like fiction...but isn’t. A key hidden inflection point in the modern history of Asia finally brought to light through the persistence and dedication of Tracy Winslow and the crew of the USS John A. Bole.
—Peter Lee , Director and Producer of the documentary, “General MacArthur’s
Conspiracy to Start a War with China”

L. Tracy Winslow, born in Hardin, Montana in 1926, graduated from the University of Texas in 1945 with an engineering degree and was commissioned an ensign in the United States Naval Reserve. Following service on the attack transport, USS Monrovia (APA-31), he enrolled at the University of California for a year of graduate study.

Winslow was employed by Standard Oil Company of California (now Chevron Corporation) from 1947 until his retirement in 1981. Recalled by the Navy in 1951, he served for two years on the destroyer, USS John A. Bole (DD-755) during the Korean War.

He and his wife, Hana, presently reside in Northern Virginia.