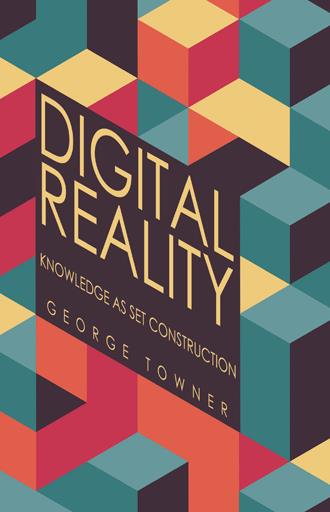 Any discussion of analog and digital suggests an obvious parallel with modern computer technology. Desktop digital computers process all kinds of data—images, sounds, language, actions, numbers—but most of these data are digitized on their way into the machine. All the computer “knows” directly are the digital bits in its memory. But these bits don’t exist in the world outside the computer. Peripheral devices at the “front end” of the computer assemble structures of digital bits that represent the analog world outside; from them, the computer constructs a digital world inside.

Note that the digital computer is not just ignorant of the world outside—it was not built to understand it directly. Analog-input computers exist, but their applications are very limited and their outputs are often digitized so that people can understand the results they produce.

I’m not suggesting that living things, or people, are like computers. But it’s clear that computers are designed to act like human beings. Software, in particular, is specifically written to accomplish humanlike tasks and to be understood in human terms. Yet unlike human life, computer operations can be analyzed in detail. This is because we built the machines that execute them and we know the decisions that went into their construction.

At every juncture during the evolution of digital technology, computer architects intuitively or consciously incorporated truths about human functioning into their designs. Hence our computer age is a fortunate time for epistemology because many clues to the ways that human knowledge works can be gleaned by studying the ways that digital computers work. At the same time, computer technology can provide insights into traditional philosophy because much of it winds up creating new realities.

At every juncture during the evolution of digital technology, computer architects intuitively or consciously incorporated truths about human functioning into their designs. So although computers operate digitally, they are intended to act like human beings. Software, in particular, is specifically written to accomplish humanlike tasks and to be understood in human terms. Yet unlike human life, computer operations can be analyzed in detail because we build machines that execute them and know the decisions that went into their construction.

Digital Reality: Knowledge as Set Construction is the final report of a thirty-year study of how computers are designed. Author and philosopher George Towner shares his research and uncovers these truths hidden in digital architectures, assembling them into a new explanation of human knowledge. In addition, he includes an analysis of computing architectures that provides insights into some of the great questions of traditional philosophy, because much of digital technology is now dedicated to creating new realities.

A new theory based on emerging digital realities can offer another way of understanding human knowledge—how it functions, how it is related to what it knows, and what its natural limitations may be. Unlike many theories, digital reality theory is not expressed in laws and formulas; it just explains how human knowledge works.

George TowneRtrained at Berkeley as a logician and philosopher, and he started his career as assistant director of the Kaiser Foundation Research institute, working on the biology of primitive organisms. During the computer revolution, Towner switched to information technology and spent thirty years on the senior technical staff at Apple; he also dug into the “bare metal” of computing and analyzed how these machines evolved from number crunchers into today’s smart digital assistants. The result of his study was three books that analyzed human knowledge. Digital Reality, Towner’s final book in the series, presents a completely new explanation, based in set theory, of how knowledge works in both people and computers.