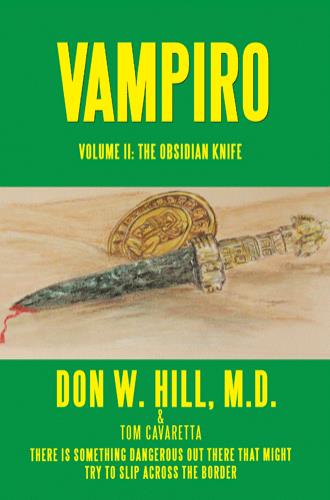 Blake Barker backed into the concrete corner of the cell that was opposite where the Routa gang and the tourists had huddled.

“This is exactly why Mexico should build a barrier wall along the riverbanks of the Bravo,” Blake said with a wry grin.

“Why?” Buey asked as he circled closer to the vampiro.

“There is something dangerous out there that might try to slip across the border,” Blake answered

“Like me!” At least Blake Barker had tried to give his two assailants a fair warning.

Blake must have appeared to be easy prey for the two hooligans, but  nothing could have been further from the truth. By the time the two  assailants finally rushed at Blake in tandem, it was too late; the vampiro  finally gave into his simmering rage.

For Blake, it all turned out to be child’s play.

He thrust his extended fingers into Gilberto’s anterior neck, right above  the man’s sternum. He ripped out the man’s trachea and made a second  pass to sever the carotid arteries before he pulled back and dropped the mortally wounded thug to the ground. Gilberto clenched his throat and made gurgling sounds as blood gushed forth from the gaping neck wound. This was the first time that Blake Barker had ever killed another person, and it felt—well, it felt good!

It was now Buey’s turn to take the big dirt nap. Buey outweighed Blake Barker by at least fifty pounds, yet the vampiro lifted him up against the wall with only his left hand.

The Federales, quickly realizing that things weren’t going as planned, apparently decided it was now time to open the jail door and send in the armed Azteca gang members to kill everybody in the holding cell. After the jail cell was successfully swept clean of all forms of life, human or otherwise, the Federales would expect the Aztecas to simply dispose of the dead bodies in the desert, as if the lifeless corpses were little more than the basura one might find in an alleyway dumpster.

Buey reached into a pocket and managed to retrieve an old pearl-handled straight razor that he had kept hidden from the Federales when he was jailed. The big man tried to frantically break loose by kicking away at the vampiro, but it was all to no avail. Buey was finally able to flick open the blade of the deadly razor and slash away at Blake, but the big man only managed to unwittingly provide the vampiro with a new instrument of horror.

“Gracias, señor. I’ll take that if you don’t mind,” Blake said to Buey, quickly  wresting the sharp blade from the hand of his adversary.

Blake Barker’s face was soon doused with a pyroclastic blast of hot blood from Buey’s headless torso. As if playing a freestyle game of hacky sack, Barker juggled the head of the big man as his body fell away to the floor. The vampiro deftly kicked the bloody head against the bars of the holding cell and boldly asked, “Next?” 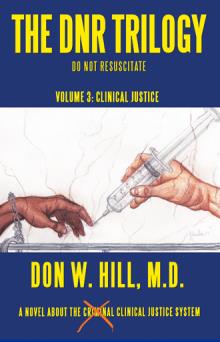 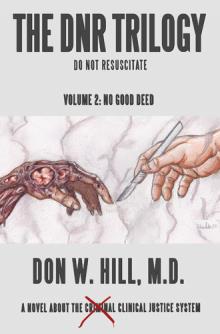 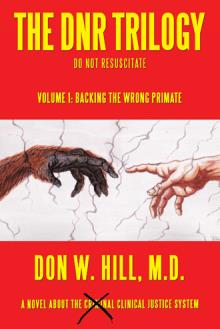 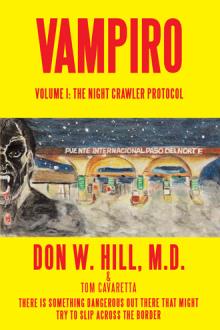 When the last outbreak of human vampirism occurred in the narrow oasis of New Mexico’s lower Rio Grande Valley, the oral tradition that had been passed on for centuries had yet again been sadly reconfirmed. Every two decades or so, one or more bloodthirsty ghouls appears and preys upon the vulnerable members of this small but tightly knit community.

As a young curandera, or healer, Lorena Pastore was only twenty-five years old when the last outbreak occurred, and she remembers the shocking horror that spread throughout her beloved community at the time. She erroneously predicted that she would be well into her middle years of life for the next outbreak, but sadly, that is not the case.

After a foolish man commits an egregious violation during a spiritual cleansing ritual, the seven years of peace is shattered. The malignant disease of human vampirism is re-incarnated, and Lorena is forced to flee across the Mexican border with a five-year-old in peril. Nathan’s father is becoming a lethal vampire, and the boy is now hunted—as is Lorena as she takes the child into her care and fights the outbreak destined to destroy her home and people.

A native of New York City, Thomas Cavaretta moved to El Paso, Texas, with his family when he was only two years old. The coauthor of this work of fiction learned to love the desert, and he became an avid outdoor sportsman before graduating with a BBS in marketing from the University of Texas in Austin. After completing his undergraduate work, Thomas returned to the Southwest desert and graduated with an MBA from the University of Texas at El Paso. Currently married with two sons and now living in Phoenix, Arizona, this coauthor has worked in the complex technological field of hematology and oncology biotherapeutics for more than a quarter of a century at the time that this two-novel set was crafted.

Long enchanted by Hispanic lore and the legends of the early Mesoamericans, Thomas Cavaretta found the traditional customs of folk medicine that are still widely practiced among the curandera healers of the American Southwest to be most intriguing. After all, could the contents of the common chicken eggs that are employed in the ritualistic huevo limpia ceremonies portrayed in this novel actually prove to be dangerous to human subjects, as is widely believed? In addition, why does the myth of a night-dwelling creature such as the vampiro appear to be pervasive across time, cultures, and ethnic groups? Thomas Cavaretta was compelled to question these phenomena through this work of fiction.

As the fund of knowledge expands in the field of biology, along with the confluent appreciation that the appearance of new and previously unrecognized infectious disease entities might be over the next horizon, the human vampirism that is portrayed in this work of fiction may indeed one day turn out to be a plausible horizontally transmitted malady to be confronted within the context of humanity’s perpetual struggle against encroaching evil in a fallen world. Thomas Cavaretta certainly hopes the readers of this treatise will find this postulate to be as frightening as it is thought-provoking.