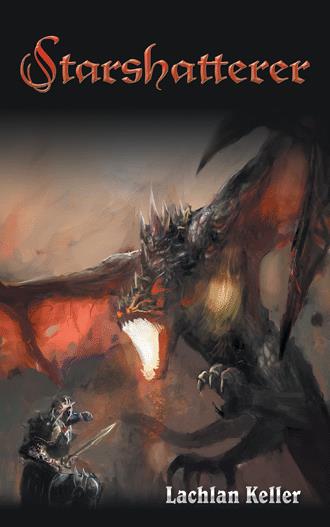 Chapter 1: Straying from the Beaten Path

Nicknames are illegal, punishable by death. That is the way things are under the rule of the Great Leader. In our society, names are given only to warriors, with the most coveted names reserved for true masters on the battlefield. However, not everyone can reach this desired status, which means not everyone can receive a name. Some people stay nameless forever, with only their number to identify them.

Our existence is based on fighting. The more land rulers have, the more prestige they gain. But to gain land, you have to fight other leaders for it, and they will not give it up lightly. Some wars are fought concerning a mere inch of disputed space. If a kingdom is not fighting against something or someone, then the leader is disgraced, and the entire population has the right to rebel. Warriors are the only thing that matter in society. If you are not fighting, you are not worth keeping alive. Those who are too weak to go into battle are forced to work until they die. They are the ones who make armor and weapons, provide food, and build structures. Two of those nameless people were my mother and father.

Neither my mother nor father made the cut for attaining the rank of a warrior. My dad was too clumsy, and my mom had a lung problem that made it hard for her to breathe. They were a disgrace to their families and were exiled to be measly farmers. I was born in their small shack on a large collective farm. The collective farm was a giant field surrounded by a sturdy fence with only one way in or out. Rows upon rows of crops created perfectly straight lines that slashed across the field. Little shacks like my parents’ hovel were scattered about, and the inhabitants were responsible for maintaining the area around their abodes. Overseers were constantly walking around and checking up on how people were performing their tasks. If they felt you were not working hard enough, then they had the right to beat you or decrease your ration of food. Many of the overseers were jealous they could not be warriors and often took out their anger on weaker farmers.

As soon as I was born, my parents knew they had a problem. I was extremely weak and scrawny. No matter how much they fed me, I remained skinny. Meat would not stick to my bones, so I practically looked like a miniature walking skeleton. Not having much to eat on the farm in the first place did not help my situation either. My parents skipped meals and gave most of their rations to me. They knew my life would be better if I became a warrior. That’s all they wanted for me: the chance they never had. They even stole food when they could, at great risk to themselves. If they had been discovered, they would have been publicly sentenced to death as an example (the Great Leader loved public examples).

At ten years of age, children must leave their parents to attend special training schools. Two days before the deadline, I was still incredibly skinny. My parents knew I was doomed to the same fate as they were, forced to do hard labor for the rest of my life. Even if I did become strong enough one day, I still would never be able to fight. Once you were considered unfit for service, you were branded for life.

My parents knew that was not the life they wanted their only son to lead. They were forced to make a decision between killing me (as many parents with disabled kids did) or resorting to more drastic measures. Forbidden stories circulated about among nonwarriors that there was a mystical witch located deep within the Obakra Forest who could cure people of their flaws for a steep price. Most people just laughed when they heard the stories, thinking there was no way they could be true, yet they spread, nonetheless, because they gave some people hope that there was a solution somewhere out there to their problems. No one who entered the Obakra Forest ever came back, though, so no one had any proof to support the claim. Located at the edge of the Great Leader’s domain, the forest was the only barrier that could not be conquered. Raiding parties had previously attempted to burn it or chop it down, but every time mysterious spores would be released and kill anyone who came into physical contact with them.

My parents were desperate. Feeding me had amounted to nothing, and they loved me too much to resort to killing me. They decided that their only chance would be to go into the forest, no matter what the cost. They did not have anything to exchange, but they chose to go anyway. Using the cover of a rainy night, we crept out of our meager home and snuck past the guard tower at the exit. Luckily, the forest was within viewing distance of the farm, which meant we did not have far to go.

In a society ruthlessly controlled by one great leader,

a society based entirely around war,

a society where the unfit are forced to become menial laborers,

a society without names for the unimportant, only numbers, a single dream sets into motion a chain of events that sends a young boy, number 6026961, on an epic adventure, mastering the arts of combat and magic to achieve his ultimate goal—to overthrow the great leader, end the oppression, and change society for the better.

Lachlan Keller, age 16, is a high school student who lives in Southern California. Since he learned to read, he has virtually always had a book in his hand. A few years ago, he was afforded the rare opportunity to visit North Korea with his father. There, he witnessed what life was like without free speech and civil liberties other societies take for granted. Needless to say, the kids did not all have books in their hands (at least those not strictly sanctioned by their “Supreme Leader”). As a result, Lachlan decided for his first book to write about the heroic liberation of a society oppressed by a totalitarian regime and to do so through the lens of his favorite genres: science fiction and fantasy. He is hopeful that someday the allegory will become real for those in societies living under oppressive regimes. While this is his first novel, it will surely not be his last…