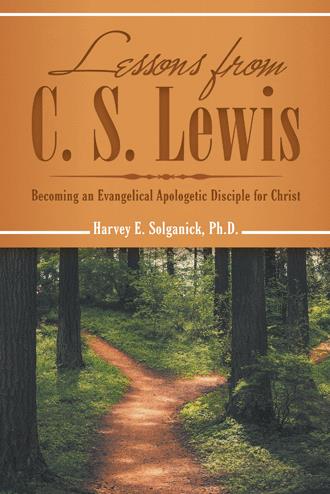 Do you ever wonder why C.S. Lewis is so popular with Evangelicals when he is an Anglican? He is the most quoted author by pastors, no matter what denomination. Usually, pastors utter one-liners, clichés, and familiar quotes although they have not studied his life, background, theology, or doctrines. Time Magazine recognized him as early as 1947 as being the “Don” of Christian Theology. Scholars flock to his Oxford-Cambridge background in the Classics and Medieval Scholarship, to his apologetics in Mere Christianity, and to his collection of essays in God in the Dock. Children flock to his fairy tales in The Chronicles of Narnia. Young adults, including Trekkies, flock to his science-fiction trilogy, Out of the Silent Planet, Perelander, and That Hideous Strength. Romantics seek love in his autobiographies like A Grief Observed and Surprised by Joy, but usually accept the pseudo-Hollywood version of the film Shadowlands about his love and marriage to Joy Davidman. Other romantic novelists read Till We have Faces as a love story, but are clueless to the mythopoetic, or creative writing of integrating stories, as emphasis in the novel. Those seeking instant advice on love can listen to C.S. Lewis’ radio shows on audiobooks like The Four Loves. Even those searching for meaning and purpose in life, including new baby Christians, can gleam insights or ammunition against Christianity with his ironic, satiric The Screwtape Letters.

How did this one man influence so many readers of all ages and backgrounds, from the most highly educated to the common layperson? Especially, how did this man, his life, and writings help atheists, agnostics, humanists, reluctant converts, mystics, and anti-Christians seek Christ with his doctrine of Sehnsucht, God drawing us to him, hidden in mysterious ways in his writings? Perhaps, C.S. Lewis himself went through a search for the soul himself with successive stages and phases in different worldviews during his life, like most of us do in our own lives. Ultimately, Sigmund Freud intrigues me with his search for the Psyche, Seele, or Soul, but he lost it, whereas C.S. Lewis finds his soul on the journey from his childhood world of Boxer to the mature Christian world of Narnia. Perhaps, Lewis can teach us too how to find our souls, be saved, evangelize others, and grow in Christian discipleship. Come with me on a journey through the life of C.S. Lewis, his writings, and you will be surprised by Joy!

C.S. Lewis has influenced countless Christians in their preaching and evangelical witness from the pulpit today, and he is the most quoted Christian across several Protestant denominations, known for his wit, insight, and perspectives on Christian issues from life to death—and beyond.

How did this one man influence so many readers of all ages and backgrounds, from the most highly educated to the common layperson? How did this man, his life, and his writings help atheists, agnostics, humanists, reluctant converts, mystics, and anti-Christians to seek Christ? Explore in Lessons from C. S. Lewis an answer, and perhaps be surprised by joy and inspired by Lewis to find your soul, be saved, evangelize others, and grow in Christian discipleship.

Harvey E. Solganick, Ph.D., is a senior professor of humanities and philosophy at L. R. Scarborough College at Southwestern Baptist Theological Seminary in Fort Worth, Texas, and he also serves as an adjunct professor at LeTourneau University, Dallas Baptist University, Criswell College, and Richland College. Previously he was the core coordinator director and a professor of English and philosophy at Missouri Baptist University, and he was also chairman of communications at Eastfield College in Mesquite, Texas. Dr. Solganick has received grants from the C. S. Lewis Foundation and from the Discovery Institute, where he was a C. S. Lewis Fellow. Today he lives in Dallas, Texas, with his spouse, Elaine, and they both attend the First Baptist Church of Dallas, where he teaches the Mission Minded Class and serves as an instructor of Discipleship University.