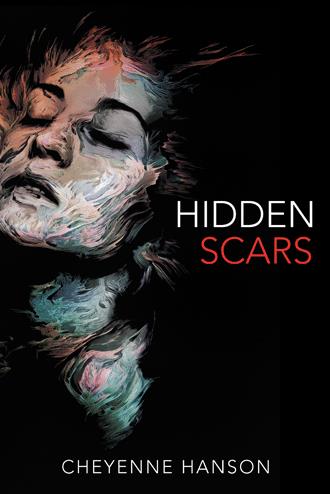 It was hard figuring out who to tell, because I wanted to make the right choice in who I could trust. There were so many people in my life that I cared about but of course most people were my age and couldn’t handle such news. I thought about all the adults to tell but somehow they were all connected to Jeff and I was worried they would take his side. Through the years of manipulation, it was hard for me to think that someone would believe me or be willing to help me. I had such a narrow view of the world and what people thought because that is what I grew up knowing. I thought about telling my teachers at school, my step family, purposely being pulled over by a police officer so they could help me, just about any option you can think of, I did. It was the repercussions that scared me the most if things didn't go as planned.

To the outside world, author Cheyenne Hanson was just another happy kid. She loved her childhood to the fullest. The only difference was that she grew up faster than most kids and got really good at hiding it. Behind closed doors, she was a different person, locked in the captivity of a secret life.

In Hidden Scars, she shares how she was a prisoner in her own world, forced to endure extreme abuse and used as nothing more than an object. Although Hanson experienced brainwashing, manipulation, and control, she managed to survive without a visible scratch.

The memoir chronicles her life, telling how, in August of 2017, she finally used the voice that had been suppressed for so long and extricated herself from an impossibly dangerous situation. It came with high risk, stomach-wrenching, life-threatening moments but Hanson became a survivor not a victim. Hidden Scars narrates the real account of everything she lived through.

Cheyenne Hanson is a survivor of fourteen years of domestic and sexual violence. She travels widely speaking about her story and educating the public on domestic violence and sexual abuse. Hanson has also written articles in the monthly newsletters for her local crisis center. She earned a criminal justice degree and intends to pursue helping others escape their own bad situations. Hanson lives with her family in Omaha, Nebraska.