to Surviving in a Man’s World 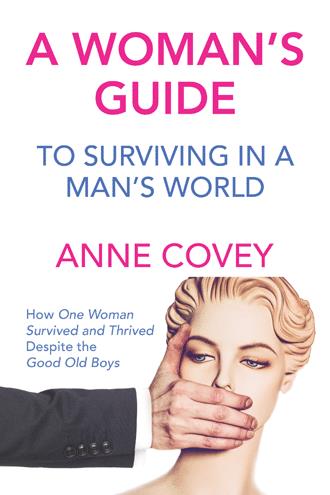 Out of the blue, I received a phone call fro Dexter's secretary. Dexter would like me to come to his office immediately as he wanted to talk to me. I was expected to drop everything, including scheduled appointments, and come to Dexter's office. I was sure nothing good would come of this, and I could not have been more right.

With nervous anticipation, I arrived at the office, greeting the staff with a friendly hello. No sooner were the words out of my mouth, when Dexter gruffly bellowed for e to come into the office. The sound of his voice told me that I had good reason to be frightened, and I had better get right in there. Dexter had sounded harsh in the past but nothing compared to this day. I had never seen Dexter so enraged, I could not imagine what had caused this much ire, but I was about to find out.

I walked into Dexter's office. and cheerfully said hello. It seemed to piss him off that I was cheerful. That was about to change when he snapped at me: "Sit down; this will not be pleasant." I thought to myself, thanks for the warning, and wondered, what could this be about that was so unpleasant? Every conversation we had was uncomfortable. With a gran gesture.......

Since the day God created Eve from Adam’s rib, men have ruled the world.
Even mothers and fathers treat sons differently than their daughters. Boys get to do more things, and when they do something wrong, they’re excused with sayings such as, “Boys will be boys.”
Anne Covey grew up in such a household, and in this book, she takes a look at how chauvinistic men from all walks of life engage in shameful, aggressive behavior to control women on a daily basis.
She also examines the Good Old Boys’ Club – also known as the Old Boy Network. Whatever you choose to call it, this simple system in which wealthy men with the same social and educational background help each other never does anything good.
Find out what happens behind closed doors when men get together and how they continue to suppress and manipulate women in this guide to surviving and thriving while living in a man’s world.

Anne Covey enjoys repurposing flea market finds, making jewelry, creating art, and spending time with her two children and granddaughter. She lives with her husband of forty-five years in Michigan.