Hegemony in a Globalized World 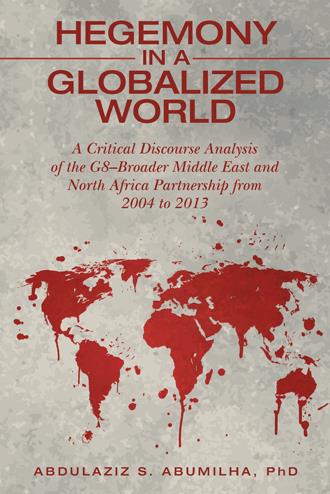 To add insult to injury, the G8 was functioning from a superior position as an arbitrator because in many instances, the BMENA representatives met only with the civil societies when the G8 representatives were present. The alternative would have been a meeting between the two local parties where they solved issues together. It is like when the American Congress has a gridlock, we do not expect Europe to intervene, let alone the BMENA region to bridge the gap between Democrats and Republicans, because at the end of the day it is a local American issue and it has to be solved locally without major foreign influence. In addition, Europe also was minimally involved in the partnership for one reason or another, but my analysis showed that the reason for its involvement was to maintain the power and control of the Western group over the region in a superficial collaboration with the United States.

For many marginalized countries across the Middle East and North Africa, globalization is heralded as a way to address educational, political, and social challenges. Yet in response to this globalization, nations are faced with “reform” choices that do not necessarily respond to local needs. And in the end, globalization is often code for westernization, where countries are forced to abandon their own unique cultures for a Western social, economic, educational, and political hegemony.

Hegemony in a Globalized World examines the types of hegemony and its effects by addressing political, social, and educational ramifications. It scrutinizes the political, educational, and social history of the Kingdom of Saudi Arabia and uses the kingdom as an example for the region because of its political influence on the region. The author engages in a critical analysis of globalization and the tools thereof to highlight the advantages and disadvantages of globalization to marginalized countries, focusing on the spread of the English language in marginalized communities and the status of the Arabic language in both lexical and mental dimensions.

Why are globalization and westernization virtually synonymous when it comes to reform in the Middle East and North Africa? Why do we trust the West and dismiss the Rest? And will the Rest ever be independent to decide for itself? To answer these questions, it takes highlighting the power of hegemony that marginalized people specifically adhere to, consciously or unconsciously.

Dr. Abumilha was inspired by his own journey navigating a globalized world as an Arabic-speaking student in the US, professional, and scholar, where he realized that speaking English and adopting Western social and cultural norms was perceived in his own culture as necessary for success in education and career. Using critical discourse analysis, Abumilha shares his investigation into Western hegemony in Hegemony in a Globalized World.