Women Who Can, Women Who Do, Women Like You 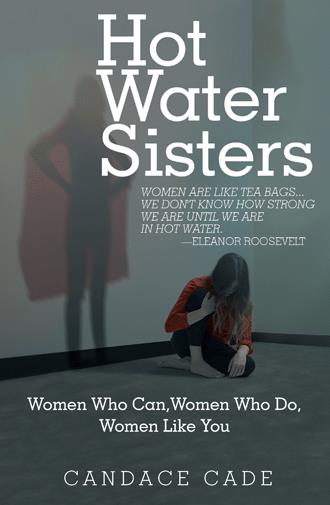 That day, on that river, I was acutely aware that I was really seeing the world around me. Not just seeing it, but also actually soaking it in. It was so spectacular. I was thinking how blessed I was just to be there with the people I love. This was a day to be treasured and remembered for years to come. I was hoping that my beautiful teen-age granddaughter was aware of how precious this time was. I hoped that she and the rest of the family were taking in this fabulous scenery as gratefully as I was. My eyes literally could not absorb enough of it.

I suddenly became aware that I was looking through the trees at a man's face.

It amazed me that I was seeing a person in this remote area. For a short minute or so, I was able to see him before he saw me. I can tell you for a fact that my whole life changed in that instant. It was not just his long dark, unkempt hair that alarmed me. There was a palpable, physical foreboding in the air around me. A cold fear gripped my heart at the thought of what his presence could mean to us. There was no doubt that he meant to harm us in some way. I sensed that in my spirit.

In less than a fraction of a second, my world was completely and irrevocably altered.

As I tried to figure out what was happening I realized that his entire focus was on my granddaughter, Dawn. There was no mistaking the intensity of his gaze on her. Thank God that she was oblivious to his presence and my reaction to it. I wanted to scream, but I knew that would be a big mistake. I knew that I had to be quiet and controlled. I felt that I had to remain calm and keep silent about him. I think that I knew, even at that first minute, that I had to hide the truth about him from my family. I did not want the men and boys to try to do something about him. I did not want to appear to be hysterical or cryptic.

Most of all, I did not want to scare Dawn.

According to Eleanor Roosevelt,

We don’t know how strong we are

Until we are in hot water.”

Building on that idea, Hot Water Sisters presents a series of stories about ordinary women that find themselves in extra ordinary situations. Faced with unusual and sometimes dangerous circumstances, each woman finds solutions in her own unique way. Along the way, each woman discovers inner strength that she never realized she posessed. Beverly, Janice, Kassie and many others surprise themselves with the wellsprings of courage, humor, and faith they unearth, even in times of great difficulty. Each woman is astonished when she realizes that she is capable of so much more than she ever dreamed possible. Each woman represents the best of all people, everywhere.

These uplifting stories feature women that rise above strange and difficult circumstances with strength and integrity.

Candace Cade was born and raised in the beautiful Texas hill country, where she still lives today. She is an avid reader and has been writing stories in her head for as long as she can remember.