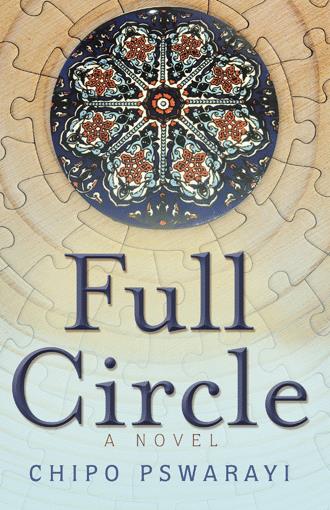 Faith and Ruva were scheduled to be discharged from the hospital on the fourth day. The evening prior to that, Kuda left the hospital explaining that his friends had planned a night out with him to celebrate the birth of Ruva. Faith was happy for Kuda. She understood what having Ruva had meant to him, and did not want to minimise any of his joy in the moment. And so, she wished him an enjoyable night out with his friends, but reminded him to arrive at the hospital early the next day in order to pick her and Ruva up. She reminded Kuda that she had purchased a breast pump from an in-hospital distributor who would require the cash payment before they left the hospital. “No problem”, Kuda said happily. “I will bring the money with me when I come and pick you guys up tomorrow morning. Let her know to come and wait for me in the morning”, he said. Then Kuda kissed Faith and bid her farewell.

Faith was up by 5am the next morning, eager to get Ruva and herself ready for the trip home. Kuda had told her to expect him by 08h00, and she wanted to ensure that her and Ruva were ready well ahead of time. Faith had chosen a special going home outfit for the baby. Ruva looked absolutely adorable in a bright pink baby grow with frills on the buttocks. Faith then swaddled Ruva and placed her in the baby trolley. Faith and Ruva were ready to leave by 07h30. Faith let the sisters know and proceeded to check out from her private room, happy to sit in the waiting area because she knew that Kuda would arrive in any minute. The lady who had sold the breast pump to Faith arrived at 07h45 to pick up her money, just as they had agreed, and found Faith seated in the hallway with Ruva in the baby trolley next to her. “Good morning” Faith said to the lady happily. “My husband will be here in the next 15 minutes and then you can be on your way”. “That is perfect”, the lady said, as she sat down next to Faith. And they both waited for Kuda to arrive.

Faith started to get concerned at around 08h30 when Kuda still had not arrived and she had not heard from him either. She tried to call him but his phone was off. The lady became impatient and wondered where Kuda was. She had other scheduled appointments that morning and explained that she could not wait much longer. They continued waiting, seated on a bench in the hallway. Soon an hour had passed and there was no sign of Kuda. “What is going on with your husband?”, the lady asked anxiously. “This is not acceptable. You have a little baby and he should be here by now”. Faith was embarrassed. The sisters also became rather uncomfortable with the situation, but made an effort not to make Faith feel any worse than she already was. They had already said their goodbyes to Faith early in the morning and were not sure what to do with her and the baby. “Why don’t you try and give your husband another call?”, the sisters suggested. At this point Faith just wanted to sink into the ground. She wondered how this could even be happening to her. She wanted to hide but had nowhere to go. Ruva continued lying peacefully in the trolley next to Faith. “Let me try him again”, she said to the sisters.

Again, Faith tried to call Kuda but his phone remained off. And then she had a thought. She would call her helper at home and speak to Kuda on her helper’s phone. Relieved, she immediately rang the number, but was flabbergasted when her helper responded. “Sorry, he is not here. He did not sleep at home last night and I do not know where he is. His car is not in the garage”. Faith’s heart began to race. Her blood pressure rose, as she tried to figure out what was going on. Her anxiety was heightened by the public audience, including the lady seated on her right-hand side waiting for her payment for a breast pump that Faith had already used that morning. Now Faith could not even give the breast pump back to the lady and tell her to go. Then Faith remembered that Kuda had said that he would be going out with his friends the night before, and so she decided to call each of them in the hope of establishing what had happened. Thankfully, she hit the nail on the head on the first call. “He is here”, Mafaro responded calmly. “He spent the night here”. Faith wanted to break down into tears that very second but knew that she had to keep it together. “Please put him on the phone” Faith asked with a shaky voice.

“What are you doing Kuda?”, Faith exclaimed. “Ruva and I have been waiting for you for two hours now. And the lady is here to collect her money”. Kuda was quiet. “Please come and pick us up”, Faith asked desperately. “I will come soon” Kuda responded calmly. Faith could hear him giggling. “I can’t leave Mafaro’s house right now because we are feeding his daughter, Patience. I will come and pick you guys up as soon as we are done feeding Patience”. Faith could not believe what she had just heard. Her eyes welled up. It was now close to 11am. The lady seated on her right had side had become very frustrated and angry. How Faith wished that she had the money to pay the lady so that she could just go away and leave her to deal with the situation alone. Faith noticed the pity in the eyes of the sisters, who made every effort to act like the situation was not as bad as it seemed. “Don’t worry”, Faith said to Kuda sharply. “I will call my parents to come and pick us up”, and she dropped the phone.

Faith could not hold back the tears as she spoke to her parents. “Please come and pick us up. Ruva and I have been waiting for Kuda for over 3 hours now. He is at Mafaro’s house and does not seem bothered about coming to pick us up”. “Don’t cry”, her mom said desperately on the other end of the phone. “Don’t cry. We will come and pick you guys up now”. Her mom assured her that they would make their way to the hospital immediately. Faith asked her parents to bring the money for the breast pump lady too, which they agreed to. Then Faith wiped her tears and waited for her parents. She apologised profusely to the lady, explaining that the circumstances had been beyond her control. Unable to wait any longer, the lady provided Faith with her bank details for a bank transfer and then left. Faith promised to do the transfer as soon as she got home from the hospital.

Faith’s parents arrived at the hospital at 12h30 together with Simba who had been staying with them since Ruva was born. Her mother advised her that Kuda had called them and insisted that he would pick Faith and Ruva up from the hospital. Not wanting to get caught in the middle of a fight between the couple, Faith’s mother explained that it would be best for Faith to wait at the hospital for Kuda to arrive, but that they would go to their house and wait for them there. And so, they left. Faith continued waiting for Kuda, who finally arrived at 13h00. She could tell that he was hungover from the night before and was not sure if he had even taken a shower. “Let’s go”, Kuda said immediately. They made their way to the car and drove home. Faith did not say a word to him, but neither did he.

Faith was relieved when they arrived at home, to finally be in a private, safe and secure environment. Her parents were waiting for them just as they had promised. As she sat down on the couch, she could still hear her heart racing. Today had truly been the worst day of her life. Or, rather, the worst day yet.

Faith leaves her hometown in Zambia to study in Kenya. Never having left Zambia alone before, she has big, exciting plans for the future. Thrillingly, she meets the love of her life at university, and they marry in no time. Together, they settle in Nairobi and begin building a life, but what begins as a beautiful marriage swiftly unravels into a dangerous nightmare for Faith.

She now fears the angry man in her home. He seems to hate her, which forces Faith to contemplate and eventually attempt suicide. Due to her horrible farce of a marriage, she loses her identity, as laughter and happiness become distant memories. Eventually, her abusive husband demands a divorce, leaving Faith in a foreign country with no income and two children.

Once a strong, independent woman, Faith must fight to keep things together and find herself again. She counts pennies and continues to take one step … and another, hoping for a bright future. Faith’s is a story of hope despite despair, second chances, and starting over, no matter age or circumstance. Perhaps, she will even reconnect with the happy girl that left Zambia.

This book is dedicated to all girls and daughters who firstly became wives, and then had to become single moms, professional gladiators and progressively game changers.

Chipo Pswarayi is a Zimbabwean born daughter to Gray and Italia. She is a mother to two doting teenagers, Tsiamo and Sarabi, and a sister to two loving siblings, Lilian and Toziveyi, who live in the United Kingdom and the United Arab Emirates respectively. Chipo has built a profession as a corporate and commercial lawyer based in South Africa, from where she also manages her own businesses through which she plays into her creative self by pouring out imaginative and innovative solutions to meet her client and customer needs. Full Circle is Chipo’s first novel.