The Master on the Mountain 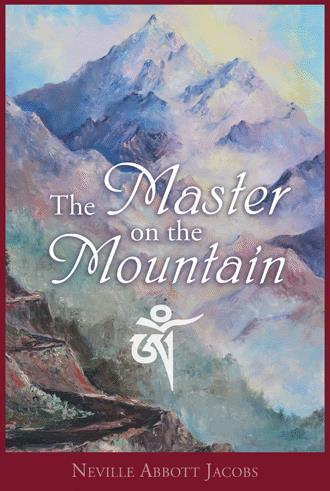 I scooted down the walkway behind His Holiness's tall aide.

We came to another building and door. A good-looking monk in red robes with a yellow collared shirt stood there, smiling at me, holding the screen door open. I tried to see through the door, expecting perhaps to see a man sitting on a high dais. I had no idea what the Dalai Lama looked like. I had seen pictures of him as a child sitting on a high throne and imagined this was how he would probably receive people. I tried to sidestep courteously around the monk holding the door for me, but he was standing in it. I wondered why he didn't let me in. I looked at Doboom Tulku-la questioningly, as if to say, "Well, what should I do now?"

Doboom Tulku looked back at me, apparently bewildered. "This is the Dalai Lama," he said, shrugging one shoulder.

The man standing in front of me, holding the door for me, was the Dalai Lama?

I gasped, totally flustered. Loaded with purse, coat, and camera, I tried to untangle myself. Items slipped, unknown hands catching. In Honolulu, my friends had instructed me in the proper manner to present the traditional white silk scarf. You must fold it in a very precise way, then hold it and present it, hands facing down, and then you move them apart. As you present the scarf and stretch your arms, the folds widen out. Then you prostrate. Concerned to conduct myself in the most proper Tibetan manner, I tried to recall the instructions.

I handed the envelope and other things to Doboom Tulku. Befuddled, I struggled to refold and arrange the scarf properly, then nearly dropped it. Doboom Tulku caught one end for me. His Holiness caught the other end. His Holiness then took the scarf, obviously amused. I backed away, raised my arms with my hands together at the top of my head to start to bow and prostrate to him.

He smiled, reached out, took my hands in his, and said, "No, no, none of this now. That's not necessary. Let's just go and talk."

The Audience: "As You Can See,

The Dalai Lama led the way to the receiving room where a casual atmosphere prevailed. He gestured for me to sit, and I sank into light green and yellow cushions covering a carved wooden couch. Tibetan carpets complemented the colors with white and yellow. The airy room seemed filled with space and light.

Doboom Tulku-la sat in a chair to my left, His Holiness across from me. A coffee table sat in a short gap between us. I chastised myself for not researching the Dalai Lama personally, but a private audience was completely unexpected.

His Holiness said softly, "Why do you want to see me?" It seemed as if he had asked, "What do you want to know?" There was so much I wanted to know. I knew he was a great spiritual master, and suddenly in his presence, my thoughts rattled as if in an empty room.

I heard myself say, somewhat sarcastically to myself, "He wants to know what I want to know?"

He waited patiently. I would have liked to ask questions on spiritual topics, but as Nechung Rinpoche was my spiritual advisor, or guru, I thought I should turn to him for those. It would be like asking a geophysicist why we don't fall off the planet. My stated reason for wanting to talk to him was simply the question of his visa. I struggled for words to begin and realized, first of all, I didn't know the proper way to address him. I had always heard, "His Holiness." In the West, royalty was addressed as Your Majesty or Your Highness. I took a stab at it, asking mentally, Your Holiness? I didn't expect an answer, but the response came.

He nodded, affirmatively. He seemed to know I was uneasy, and I heard him reply, mentally, "Yes, that is appropriate." I knew Nechung Rinpoche was completely telepathic with me, but it was startling to realize that the Dalai Lama also seemed to know my thoughts. Yet words had to be said.

I swallowed and continued, "Your Holiness, I understand you have applied for a visa to the United States, but ..." I paused. Again, I started. I had been dismayed, I said, when I read the newspaper. I was embarrassed that my government had done this. I would change my itinerary to go through Washington, DC, to talk to my legislators about it. "Alaska is a small state, well, big, but not a large population ..." I stumbled.

He nodded impatiently. "Yes, yes." He didn't need a discourse on geography, I gathered.

As a journalist, I had the opportunity to know our legislators, I explained. I could return through Washington. If he thought it would be good, I would speak with them. Also, if I were to speak for him, I needed to know from him, personally, what the situation was with the Tibetans in exile, and with him, in relation to China. This would be the most relevant factor in the visa question, I thought.

He listened closely, nodding, and sat thoughtfully for a time, studying the floor. Then he began to talk.

Even while growing up in Southern California, Neville Abbott Jacobs believed that masters in mountain caves meditated for mankind. As her search for esoteric truths manifested, Jacobs eventually moved with her parents to Anchorage, Alaska, in 1949 where she learned about ancient Eskimo and Indian beliefs. But little did she know that some twenty-eight years later she would embark on an unusual spiritual and physical journey of understanding.

In a fascinating account of two years of her life, Jacobs details how she first met Tibetan lama, the Nechung Rinpoche, on a mountain in Hawaii in 1977 and recognized him as her teacher from a former life. As the door opened for Jacobs to explore Tibet’s esoteric Buddhism, she reveals the unexpected adventures, paranormal surprises, Tibetan history, and marvels of ancient Asia that followed. Through easy conversation and dialogue, Jacobs entertains while conveying the deeper meaning of Buddhism and disclosing how her quest for answers eventually led her to cross paths with another master, the Dalai Lama.

The Master on the Mountain shares the story of one woman’s pilgrimage across the seas, through jungles, and to the highest mountains in search of a greater spiritual path.

Neville Abbott Jacobs earned degrees in anthropology and journalism from the University of Alaska. Beyond that, real-life experiences in the paranormal motivated her to research worlds beyond the physical. After marrying Bob Jacobs, an airline pilot,in 1968, they often vacationed in Hawaii. In January, 1977, with Bob flying overseas, Neville returned to Hawaii to visit a girlfriend, and then met the Nechung Rinpoche, a high Tibetan lama. This meeting launched her into a deeper exploration of Buddhism and the mysteries of Tibet. The Master on the Mountain is her first book.