Does the Qur'an (Koran) Really Say That?

Truths and Misconceptions about Islam 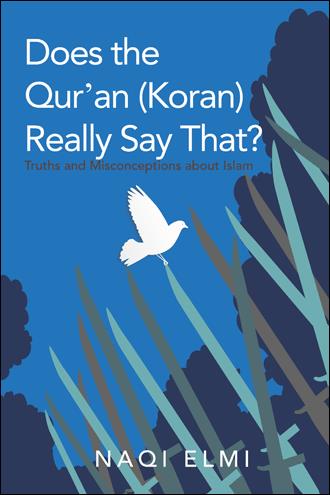 Nowhere in the Qur'an do we find a verse that advocates engaging in a war for the purpose of converting people to Islam, nor ceasing a war with the condition that they convert to Islam. There are verses about having people hear the word of God, which is considered part of an invitation to the Islamic faith.

The holy Qur'an, which is the most binding, authentic, and authoritative book for Muslims, explicitly states that a surprise killing, or an act of terror, is the method used by evildoers or rebellious wrongdoers who, in the name of God and faith, become allies to subdue those who oppose them.

If one studies the Qur'an carefully and impartially, one would find it refreshingly practical, relevant, timeless and humane in approach as it emphasizes human honor (17:70), human life (5:32), freedom of conscience and worship (2:256), and equality of all human beings without any discrimination based on race, creed, color, language, or origin as these distinctions are only for identities, not discrimination (49:13). These are most modern ideals and part of UN human rights declaration. Then there is the transcendent aspect of the Qur'anic teaching, as it takes realistic attitude toward a given situation however does not confine itself to it as it goes beyond and desires to create an ideal, one based on higher values such as justice and peace, so the humanity can flourish.

Faith and freedom go together; one cannot separate one from the other. And, in fact, there can be no real faith without genuine freedom. Faith is a matter of conviction, and conviction cannot be imposed with coercion; it can be acquired only by exercising one's freedom. This is why the Qur'an stresses the importance of freedom of faith.

As a fundamental rule, Islamic principles are based on peace and justice. Islam is at peace with the peaceful. Islam advocates peace and calls on all nations to be peaceful regardless of their faith. Advocating peace means Islam and its followers stand for peace and justice. At the same time, Muslims should be ready to stand up against injustice, corruption and destruction.

Islam is one of the largest religions in the world, yet it is also one of the most misunderstood—especially in the West. Particularly since 9/11, critics of Islam have attacked the faith and attributed violence by extremists to its holy book, the Qur’an. This leaves many people with questions about Islam: How could a so-called religion of peace advocate violence? What does Islam truly say about violence, war, and peace? And how much of what the critics and the extremists claim is true?

Does the Qur’an (Koran) Really Say That? attempts to answer such questions by addressing some of the myths, misrepresentations, and misunderstandings often propagated by critics who assert themselves as experts on the faith. Interestingly, this includes extremists who claim to be experts on the faith as well. Author Naqi Elmi offers an analytical and balanced approach in explaining and addressing topics especially related to Islam and issues of peace and violence.

To transcend the many misconceptions about Islam, there must be mutual understanding—for we do not have a clash of civilizations, but rather a clash of perceptions. Therefore, for peaceful coexistence, there is a greater need to understand world religions objectively and to explore common ground so we may promote solidarity and world peace.

Naqi Elmi has been engaged in Islamic studies for over twenty years, including extensive research on the Qur’an. As an active member of his community, he conducts outreach and educational programs for non-Muslims and recent converts to Islam. Elmi is also an author who has written numerous editorials on the common misconceptions of Islam in the media.