Through Life, Love, and Liberation 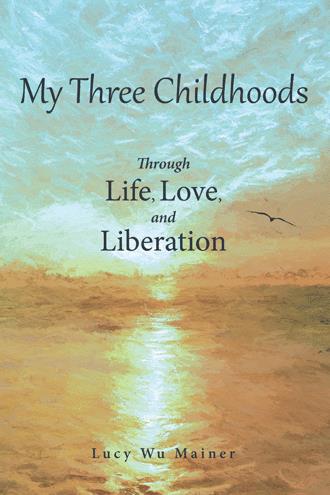 . . . It is not my intention to insert an essay in the middle of my memoir, but I must find peace in my mind so I will not live my life with hatred in my heart. It took many years in my adult life of introspection, reevaluation, research, recollection and rationalization for me to find my equilibrium.

When asked if I hated the Japanese, my answer had to be “yes,” as did 99 percent of the Chinese who survived the horrendous years of Japanese atrocities. The Japanese aggression was totally unprovoked. For more than a decade, the Japanese military invaded further and further inland into my country and destroyed everything in sight. They killed more than 12 million Chinese with inhumane gruesome cruelty. Their crimes against my people and humanity are all documented in history. To deny it is to equate it to the denial of the existence of the Holocaust.

However, should I be asked if I hate the Japanese people today, my answer has to be emphatically “No!”   Why?  Very simple. I want to clean my slate and start all over. I have heard people say, “We are not our brothers’ keepers.”  For the same reason, we are neither our ancestors’ keepers. I believe that there is no such a thing as the political ORIGINAL SIN. For whatever mental state their ancestors were in that drove them to commit those unforgivable criminal acts against humanity, they must be held accountable in history, but not their descendants who did not commit those crimes. Their descendants, nevertheless, should always remember the lesson that history taught us so they will never ever repeat the same shame again.

My Three Childhoods takes readers on a journey of Lucy Wu Mainer’s riveting, one-of-a-kind experience that included her having to face adult responsibilities at a very young age, complete a challenging education while being torn from home to home, making it to America, facing language and school challenges, and eventually making it to retirement and recapturing the childhood she never had.  Lucy says studying hard, working hard, and playing hard, while maintaining a positive attitude, is what helped her survive her harrowing childhood experiences.

“I was born to escape the Japanese invasion of China,” Lucy says of her life.  She and her family were forced to leave their beloved home and resettle in many cities in China, Vietnam, and Burma, always one step ahead of the atrocities of not one, but two wars. Through a strict upbringing, Lucy reveals her inner sense of justice, fairness and distinguishing right from wrong.

Like a bird, predestined to fly, Lucy yearned for independence. In America, she worked for years at the United Nations, where she met some very influential and famous people. She received an Ed.D in the United States and taught for 30 years in the New York City public school system. She studied painting at the Art Student League in New York City under John Howard Sandon, Mario Cooper, and Edgar Whitney and others. Her paintings were shown at eight solo exhibits throughout New York and Staten Island. Lucy received many awards for her paintings in group exhibits.

In My Three Childhood, Lucy shares the secret ingredient needed to overcome hardship, find passion, and overcome challenges.  Retirement permits Lucy to brag about her age, for deep down she has kept a young-at-heart attitude throughout life, never allowing herself to believe that she’s “too old” or frail to try anything new.

“This book will open the eyes of the world to the ambition, drive, and courage of international students like Lucy who contribute to America’s greatness.”

Lucy Wu Mainer is the second child of eight children, who grew up in turbulent times. My Three Childhoods is the gripping story of Lucy Wu Mainer’s journey from war-torn China to her dream of obtaining an education in the U.S, including the path she took to make it to America. Readers will get a unique perspective of Chinese culture, how, through an unusual matchmaking event her parents met and eventually married, the trials and tribulations of a family that was uprooted again and again surviving not one, but two wars, to Lucy breaking from family and tradition and moving to America to pursue The American Dream. Through courage, hard work, and persistence, Lucy shares her “life, love, and liberation” that transpired throughout this extraordinary era. Throughout the text, Lucy shares the secret to finding passion, exploring new terrains, and discovering one’s purpose.

Lucy Wu Mainer, Ed.D currently lives in Northern Nevada and continues to pursue the arts, teaching painting, dancing, as well as traveling to exotic corners of the earth.