Secrets in the Garden

The Journey of Life, Love, Lust, Addiction, and Faith 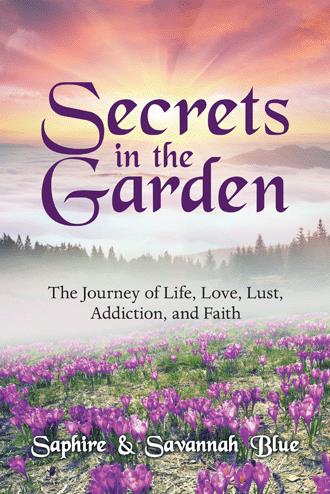 Suzette is about to turn fifty and facing a mid-life crisis. Although she has always valued her reputation and what God has commanded of her, she is beginning to question her life’s purpose and worth. As a married woman with limited sexual experiences, her curiosity is now getting the best of her as she realizes her life has become complacent.

As her mind is overtaken by erotic fantasies, Suzette becomes infatuated with what could have been and what she believes she needs in order to be happy and fulfilled. Although she is grounded in her faith, lust has taken over her heart. But everything changes when she has a dream that prompts her to turn to her past for answers and, in the process, reconnects with God as secrets unfold and doors open to reveal her soul. While on a peace-seeking journey, Suzette is encouraged by scripture and prayer as she slowly rekindles the romance in her marriage and delivers a renewed passion to the man who has been perfect for her all along.

Secrets in the Garden shares the inspirational story of a middle-aged woman’s introspective journey as she rediscovers her purpose and peace in life, with help from a loving God.

Saphire and Savannah Blue are two women of God who through writing and conversations share many testimonies grounded strong in faith, guided by the wisdom of His word. The authors love connecting with readers through laughter and tears, while finding grace and mercy in every anecdote. Their creative, genuine and realistic nature of writing captures readers as they pull them completely into their story allowing readers to truly connect with the characters. Saphire and Savannah are leaders in the fields of education, sociology, criminal justice, and public service, respectfully holding doctorate, master, and bachelor degrees in their related fields.