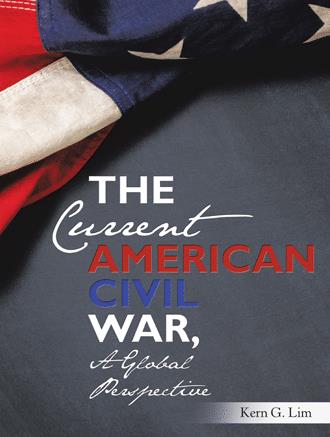 Remember from last chapter, Steve Job’s encounter with President Obama in 2011? How the whole thing irritated Jobs. "The president is very smart," Jobs told Isaacson, "but he kept explaining to us reasons why things can't get done. It infuriates me." Jobs continued to press the engineering angle at the dinner, saying that at the time Apple employed 700,000 factory workers in China, plus 30,000 engineers to support those workers. It perplexed Jobs. Why couldn't those engineers be American? There wasn't a giant education barrier. They didn't need to be Ph.D.s. They could be educated in trade schools. If those engineers were Stateside, Jobs argued, then the factories could be, too. "If you could educate these engineers," he said, "then we could move more manufacturing plants here." There’s two other incidents from Steve Jobs by Walter Isaacson which I’ll like to highlight. Steve would have candidates meet the top leaders, “then we’ll all get together without the person and talk about whether they’ll fit in,” Jobs said. His goal was to be vigilant against “the bozo explosion” that leads to a company being larded with second-rate talent [*like Zuckerberg]. *my words in italics More on the dinner with President Obama, from Isaacson’s book since we weren’t present. “regardless of our political persuasions, I want you to know that we’re here to do whatever you ask to help our country.” Steve Jobs started the dinner conversation …. When John Chambers pushed a proposal for a repatriation tax holiday that would allow major corporations to avoid tax payments on overseas profits if they brought them back into America for domestic Investment, the President was annoyed, and so was Zuckerberg, who turned to Valarie Jarrett, sitting to his right, and whispered, “We should be talking about what’s important to the country. Why is he just talking about what’s good for himself?” From these series of events, recounted to us via Isaacson, we can gain a number of useful insights into Jobs, Chambers, Valerie Jarrett, Obama and lastly Zuckerberg. Steve Jobs cares about deeply about Talent, talent makes everything work, he isn’t a fan of the mindless P.C. horde, and he cares about America (Apple has a much larger International Revenue than FB, Amazon, Google, etc. but Steve understands and wants America to continue to retain the same Culture and Growth opportunities that made it possible for him to succeed) John Chambers also cares about America, what he’d suggested (Tax holiday on profits repatriation) is perfectly reasonable and easily achievable by any leader willing to try, also without personal agenda. The vast amount of investments back in America would translate into jobs, increased efficiency and productivity for the American workforce and increased Economic Growth. Valerie Jarrett serves her Boss’ agenda well, when dinner was first suggested for President Obama to get advice from and exchange views with Jobs and a few Business leaders, she increased the number of attendance to over 20 people. Which would be a great show for publicity stunt but totally useless for any real sharing of insights nor candid exchange of views. President Obama is extremely political, hates taking personal responsibilities and has NO intention to do anything for the American people. See how he gets annoyed in response to Chambers’ suggestion? Damn nuisance how dare anyone adds ‘to-dos’ on to my plate? See how he deflects Jobs’ question with some political BS about Dream Act? Why does Jobs not buy his lame Politically-charged excuses? Jobs was addressing serious issues about America’s broken Education Systems and sad state of America’s lack of Engineering and Technical training across the entire country. And this Idiot was talking thrash about Dream Act? (way too few in numbers and totally wrong profile) Lastly the One-trick pony Zuckerberg is truly a second-rate talent and first-rate ass-kisser. See his stupid comments about Chambers to Valerie? Trying to score points with Obama (belittling Chambers’ perfectly good suggestion?) and making dim-witted comments about why Chambers isn’t talking about the country? The trillions of Cash repatriated back into America is bad for investments? Bad for Job Creation? This pathetic nitwit doesn’t make a single cent from selling anything of real Value to overseas buyers, all his Investors are the Wall Street Suzerains’ cronies paying to dictate the rhetoric of the Social Media, obviously the Wall Street’s dog will bark at whomever the masters direct it to. As comparison see Steve Job’s comments near the end of his life, “or I might say ‘God, we really fucked up the engineering on this’ in front of the person that’s responsible. That’s the ante for being in the room: You’ve got to be able to be super honest. Maybe there’s a better way, a gentlemen’s club where we all wear ties and speak in this Brahmin language and velvet code-words, but I don’t know that way, because I am middle class from California.” - Steve Jobs

After the last Civil War, America emerged a stronger and more united country that went on to witness major economic growth and become a major force for Democracy around the World.

America is currently in a New “Cold” Civil War, it is at a critical inflection point and faces the most serious threat to its democracy in its history. Its Dynamic Free Market Capitalism has been replaced by Crony Capitalism from Wall Street, which is hobbling the proper allocation of Financial Capital to Main Street, thereby stifling real new business growth.

In this political commentary, the author argues that we still do not fully understand the negative effects of convergence and consolidation in information technology. We are also overlooking the fact that the rhetoric in both the social and Main-stream Media are being monopolized by the same special interest groups that funds the Activists and control a majority of information technology companies.

While muckraker journalists used to look out for our interests, today the media are mostly in cahoots with the tech companies as well as celebrities, activist judges, corporations, and Wall Street capitalists.

As such the American people stand alone with no one on their side except the current President whom they had elected on 8th Nov 2016. With odds stacked against them, do Americans stand a chance?

Get the answer to that question and many more, also discover what you can do to protect American democracy and help unchain free market capitalism to drive economic growth in America.

In our current environment of emotional hysteria hyped up by the Social and Main-stream Media, this book attempts a ‘facts-based’ approach, leveraging business management methodologies and discipline to analyze issues and their causations.

All derived conclusions are also supported by historical equivalents, fundamental concepts per relevant disciplines, related organizational Cultures and finally the motivations and personal agendas of the participants.

This fresh new approach is most interesting as it is neither aligned with the left nor right, an independent, unbiased approach to problem-solving.