The Intercession of God 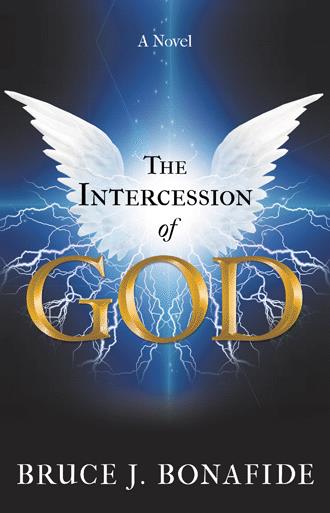 Earlier in the day, in another part of the world in the jungles of a tiny country in Africa, rebel warlords fight for domination over an impoverished land as rival gangs strike fear in the hearts of the people of a tiny village that has too little to eat and huddle in shacks barely standing seeking peace away from the bombs and gun fire heard in the distance. At the break of dawn, convoys of thugs riding in old pick-up trucks converted armored vehicles descend on the village on mud filled roads that are little more than grooved paths in the jungle. They seek out the enemy, but more often they seek out food, supplies, weapons and clothing. Unfortunately, all too often, it is female companionship that is theirs for the taking regardless of their age or marital status. Their victims are helpless against the hordes of mercenaries armed with AK-47s and other heavy weaponry. These victims have been converted to Christianity by the missionaries such as the priest that resides in their village.

The arrival of several armed vehicles and transport trucks with a dozen unfirmed solders surround the make shift church in the center of the tiny village in Somalia. The soldiers quickly exit the vehicles and set a up a semicircle in front of the church, while another vehicle with a fifty-caliber machine gun positions itself to the rear of the church. Minutes earlier, the singing of hymns were heard coming from the church as the congregation raised their voices in song and prayer now fell silent. Suddenly the main doors of the church were pushed open by the heavy boot of the rebel commander.

Although Gabriel Bonaci has achieved great success in life as measured by society, the experience of war as a US marine has changed him in a deep and fundamental way. He seeks help from his devout family, and the resulting search for a worthy purpose in life leads him to a monastic life, one that he hopes will enable him to rid himself of the horrors of war and the evil that has permeated his mind and soul.

When several instances of angelic sightings occur around the world, it seems to signal the intercession of God and the possible beginning of Revelation. These are the triggers for a strange series of events that develop into a worldwide investigation of what many believe to be the precursor of the end times. Even stranger, Theresa, Gabriel’s sister, an obscure Carmelite nun from a small hamlet in Wisconsin, appears to be at the center of everything. Now only time will tell what effect these events will have on Gabriel—and the world.

In this religious novel, a man struggling with his purpose in life challenges God to end the persistent growth of evil in the world and becomes witness to the start of the end times.

Bruce J. Bonafide first gave serious thought to the study of the Christian religion while a student at the Jesuit institution of Loyola University of Chicago, where he was a founding member of Gonzaga Hall, a resident retreat house that offered weekend seminars on Christian faith. The Intercession of God is his response to the growing secularism and anti-Christian sentiment in the world. He currently lives in Gardner, Kansas.