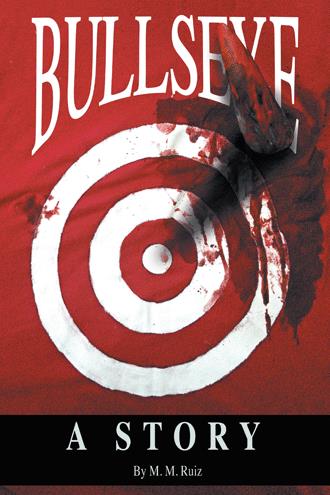 Peter replied, “Um, I wasn't going to actually run with the bulls.”

George bit, “Now how do you plan to take our readers somewhere thrilling if you're not planning to actually experience the thrill yourself?”

Peter started, “Well I was planning on talking with...”

George lost it, “WHAT? YOU DON'T EVEN SPEAK THE LANGUAGE!” Then stopped, took a breath, prying open a bottle of aspirin. After throwing a few in his mouth, he took out a bottle of scotch and poured two drinks. He shook his head as he passed one to Peter before washing the aspirin down, continuing, “You know, Peter, I've been pretty lax on you these last couple years because I know what you've been through, how hard it's been. We all lost her…I mean shit! She was my little sister. But God damn it, Peter! We've all had to buck up and carry on. Letting this paper go down the tubes would be like killing her all over again. She lived for this rag, you know that...Look I know you're still lost. You've been wandering around this last year with your shoes untied.” George took a few breaths then continued, “So, yeah, okay, go...but, don't you come back here without a clear head. And if we send you all the way to Spain to do this story, don't you come back here without a picture of yourself running in front of those fucking bulls!”

Bullseye chronicles the six-week adventure of an amnesiac widowed journalist working in Spain. Peter had been floundering in his own American abyss after the horrific accident. He had few ideas of his own that weren’t drowned in the blend of alcohol and meds. His life had to be told to him by the vaguely familiar faces of others. One of those constants was his trouble making friend, Paul. While inebriated, Paul ‘helped’ concoct the trip to Spain. Although setting out to write about Pamplona’s Running of the Bulls, Peter changed courses after watching a bull fight.

That’s when he fell down the rabbit hole into endless degrees of obsessive exposure to bullfighting, matadors, toreros, flamenco, toro and gypsies. Taking on more research and writing led Peter to enlightening encounters usually revolving around celebration with a unique and at times disturbing casts of characters.

Uncorking Peter’s already bad habits of overindulgence led to a lot of drunken debauchery. The sweltering summer of Spain with its hot women, all heightened by the testosterone of Spanish culture...all kept the heat rising in Peter. With the language barrier bringing him more trouble than he could understand, by the time Peter figured this out his life was already in danger...again.

M. M. Ruiz is a tenth-generation native of Spanish decent. After twelve years of working in Hollywood, Ruiz returned to Santa Barbara, California, and wrote the play, The Whirlpool, along with screenplays, Just a Slice and The Monkey Puzzle Tree. This is Ruiz’s debut novel.