Tales of a Black GaySha 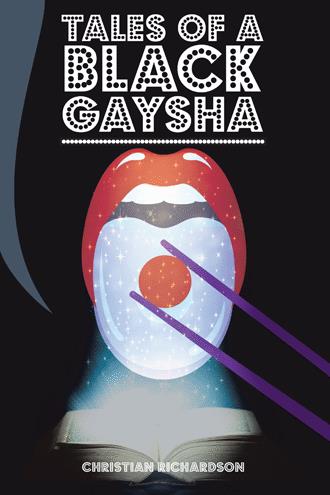 LOVE! Time for the nitty gritty you were asking about hunni. Make you a cocktail and let’s ROCK! Oh, I made time for you boo. Are you ready? Good. Let’s go. I was the one making sure I kept in touch with her and making sure she was alright. Even the little Facebook post and messages I made, would be to reassure her that all was well and she was still my “BFF”. Just cute little things along the way (that was the first strike). I noticed I was the one making all the effort to keep us together and our friendship alive. I was in my place and decided I wanted to have a little party. I was going to pay for her (and her boyfriend) to come down for the weekend and everything. I just wanted her to be with me and celebrate in my happiness. #Pause I’ll go into detail about her boyfriend later. He was a part of the family as well. He was there for some major family events along with some mess on my end. He withered the storm with me. He was for dayum sure getting an invite to the party. He really was a class act. He took me to get my uncles things out of storage when he passed away. I had nobody else to help me or turn to. He stepped up and took me way out to Hagerstown, MD to get the things my uncle left for me in his storage unit; I could not be more grateful for him. I thank God for him on the regular basis. I’ll go into more detail about how she screwed him over as well. #Continue I had made friends with some fellas on the base (we’ll talk about them later. That’s where “BEAST” came into play. LMAO) I was in a nice brand new, 2 level, 3-bedroom townhouse. I had more than enough space. I was excited about flying them down and just spending the week-end with them. They were going to meet the crew and just enjoy. Love, you know how I am when I’m in “entertainment” mode. I was going full in. I had new furniture, furnished all the bedrooms, brought food and everything. I was ready and super excited. THEN! -, I got that text “Sorry boo. We can’t make it. We have another engagement to attend that we RSVP’d for”. My face cracked. My response was “oh, ok. I totally understand”. It took me a moment to catch it because I really had to step back and think about it. Why would she wait until a few weeks out to tell me this?

As a minority gay man, author Christian Richardson has faced an array of life challenges. But, he tries to find the beauty or message in everything he experiences. He made himself a promise he was going to come out on the other side of his rough life unbothered and unscathed. In Tales of a Black GaySha, Richardson offers a collection of stories offering a peek into his unique life. Based on a series of journal entries, this narrative shares colorful and entertaining snippets of his travels, his relationships, his work, and more. Filled with comedy, sex, self-defense, and clarity, Tales of a Black GaySha presents a compilation of one empathic queen's tales meant to inspire others to live their best life.

Christian Richardson grew up a military brat surrounded by Love, Faith, Stability, Family, Music and Hope. At one point in his early confused life, he felt as though it was all he had. He soon realized who he was destined to become along with; where he was going to go in his life. With the help of his strong black praying grandmother; Christian knew he was going to be just fine in life. Even if it did mean he had to fight physically, emotionally and spiritually. One way for him to express himself, was to write. He knew that would be his ultimate escapism. He always makes time to write in his journal while freeing his thoughts; along with his inner most desires and emotions.