Joe and the Peace Eternal 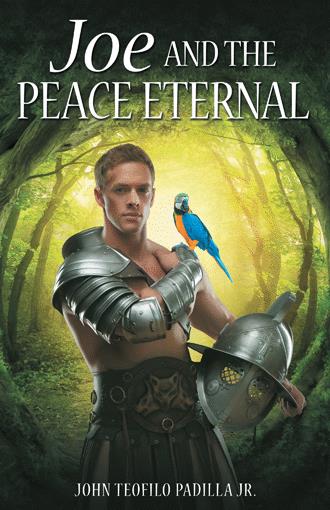 “Medical science and the creator!” proclaimed Dr. Robert Benson as he gazed out in reverie through the hospital’s staff office window. He felt the warmth of the sunlight strike his skin and the vitamin D produce endogenously. He stood motionless, leering out through the window at the daily beauty of life. He saw a young boy smiling on his skateboard do two 360-degree spins effortlessly and an athletic, beautiful woman jogging. He saw an old man sitting on a bench and feeding pigeons, and a very well-dressed old lady walking her nicely clothed toy poodle in this beautiful city of Beverly Hills. He desired longevity in life for all people while he questioned conventional medicine and marveled at the mysteries of biology that struck others as mundane.

“Thoughts in my mind inform me that monocytes and stem cells can form a symbiosis to cure cancer!” Dr. Benson said to himself. Suddenly and out of nowhere, a glowing white dove perched on the window ledge next to him. He felt a sudden celestial inner peace and smiled at the beautiful, glowing white dove. Then he looked up at the fluffy clouds in the sky and proclaimed, “I will find a remedy for all cancers, Mother!”

Meanwhile, a few feet away, Dr. Benson’s staff impatiently awaited him. “Come on, Dr. Benson!” urged his assistant. “This is Beverly Hills, in sunny California. Why are you still over there standing like a tree? You’re supposed to be in our staff meeting. You think too much. Please sit and talk with us.”

Several new voluptuous female medical interns sat and leered at him, pondering why the handsome, athletically built Dr. Benson with piercing, attractive eyes was somehow not attracted to them. “Maybe he is not attracted to women,” they murmured. “Or maybe he’s married without wearing a wedding ring?”

Dr. Benson lamented to himself that a day that lasted only twenty-four hours was not long enough—not long enough to allow him to find a cure for cancer, anyway. “I must find a cure for cancer! I will find a cure for cancer!” he shouted. To find subjects for his unconventional trials, he had resorted to adopting cats and dogs from various animal shelters. He particularly liked adopting animals that were sick, believing it was more humane to attempt to cure a sick animal than to allow the shelter to kill it. He also looked in the newspapers for offers to adopt free animals, like when owners could not take care of their pets any longer for various reasons. Some of the animals had cancerous skin growths, which pleased him. He hoped his humane experiments might cure them. Dr. Benson worked many hours alone, and he sometimes talked aloud to himself.

“I know I’m not supposed to experiment on humans the way I do on animals,” he mused. “But how will I know if my cures work on people?” There was not a second, minute, or hour that Dr. Benson did not concentrate on his burning desire to cure cancer. He remembered his mother’s last moments, when he’d cried with her and promised he would find a cure.

One day, an amazing thing happened. Dr. Benson received a package that said, “Hopefully from a rich old man named John Hughes.” Whom is a patient of Dr. Benson’s. Inside he found unidentified materials and a well-kept secret manuscript of Sir Isaac Newton, a brilliant scientist and alchemist who was well-known for believing he had deciphered a code in the Holy Bible.

He had calculated that the world would end in 2060. The package

had a letter from Mr. John Hughes.

Sir, this package was recovered by my lead investigator from a monk at an unidentified monastery in an isolated region of the world. The monk was tactfully interrogated by my investigator, and whether true or false, this was the information retrieved from the now unfortunately deceased monk. Recorded by Monk Fritz is the following:

In Isaac Newton’s last days, he saw God as the masterful creator whose existence could not be denied in the face of the grandeur of all creation. Newton had searched, his colleagues later confessed to me, for the scientific evidence that God existed. Apparently, he had discovered it. Unfortunately, before Newton went public, Jesuit Samhain discovered Sir Isaac Newton dead in his laboratory. The Jesuit also discovered recent manuscripts burned to ashes in Newton’s fireplace, close to his dead body. Later, the authorities who took hair samples of Sir Isaac Newton for an autopsy, which revealed Newton expired from a combination of arsenic and mercury poisoning. In conclusion, Jesuit Samhain believed Newton died of self-inflicted wounds.

Though Dr. Benson was extremely busy, he talked to Olivia on the phone whenever he could. If several days passed by without seeing her, it felt to him as if it had been weeks. But then an exciting day came. His beautiful ballerina was returning after a tour, and he was going to John Hughes’s greenhouse to inspect various plants that had just arrived. It was a warm Sunday, and Dr. Benson started his ocean-blue Mercedes and put in a Beatles CD. He took off so fast that he burned rubber, but he didn’t care; he had the money to buy new tires. He flew down straight roads, singing along to “Let It Be,” and slowed just enough to take turns safely. He allowed his mind to drift back into the past as he remembered being eleven years old again.

He remembered being with his mother and father on the German autobahn inside a comfortable car that moved fast. His father, Arnold, was stationed in Germany then, and his mother, Mary, was a native German. His dad would get his hands on various German cars for the weekends so they could travel different, challenging autobahns and explore different German cities. Sometimes his dad would drive, and sometimes his mom would. At some point, she would always say out of the blue, “Cup of joe!” They would get off the autobahn and find some coffee. Dr. Benson liked drinking coffee even as a child, but his mother would make him drink delicious German hot chocolate instead if it was late in the day so that he wouldn’t be up all night. Those were great times.

Dr. Benson’s mind flashed back to when his mother got sick with breast cancer and was bedridden in the hospital. His grandfather, Dr. Hans, was a good German physician, yet he was unable to cure his only daughter. When Mary was near death, he kissed her forehead and said tearfully, “Mein Kind … meine liebe Tochter Mary … Auf Wiedersehen, meine liebe. Ich werde

dich immer lieben!” (My child … my lovely daughter Mary … Goodbye, my love. I will always love you!) Then he left little Robert and his father alone to say goodbye to Mary.

Tears rolled down Robert’s face as he said, “I will be the best doctor in the world, Mommy, just like Grandfather Hans, and I will cure people from cancer. Then I’ll be able to cure you too. Please don’t leave us, Mommy!”

They cried together over her loss, deep in sorrow. Robert kissed his mother and said, “I will always think of you, Mommy.”

After that, Arnold Benson buried himself in his military career; getting promoted to higher ranks became his only goal. He sent his son to the best schools to study medicine and biology. No matter where they were stationed, they found Robert the best education. Dr. Benson greatly appreciated his father’s sacrifice, and he devoted himself to his studies. He never wavered from his goal of finding a cure for cancer. 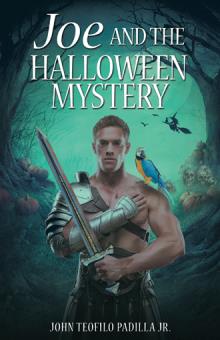 Pandemic deadly CoronaVirus is coming as scientist biologist Dr. Robert Benson searches for a cure while a power within the world tries to stop him. Doctor Benson is the father of Joe as Joe grows up studying swordplay and Bushido, while Joe combines these with his father’s teachings of acquiring “a peace eternal” to become an infallible heroic figure.

“Joe And The Peace Eternal” 4.0 out of 5 stars Touching. It has a good (an at-the-core kind of good) message that should be understood no matter your age, ethnicity, or sex.

Throughout life one is confronted with many questions for which there seem to be no answers. Or if there are answers, they may seem so far away from one’s abilities. They may seem to ask too much of us in time or money. They may lead to more questions: Where are you in life? Are you where you want to be? Are you who you want to be? Is there an evil power within the world that is trying to kill the human race?

Pandemic of a deadly viruses are coming to plague the world. An economic and food crisis plagues the world. American biologist Dr. Robert Benson has to overcome possible failures and turn them into only temporary defeats searching for a cure for Cancer and a life threatening virus that will kill over half the world's population. Doctor Benson has only one goal in life—to cure all cancers in humans and to resolve the world of a Pandemic of a deadly virus that is coming. However, he becomes romantically enchanted by a lovely ballerina of the English Theatre.

Brilliant scientist Dr. Benson wins the Nobel Prize, and begets a talented and wonderful son. His son Joe battles the dark powerful evil from the abyss—that we all know exists in this world. This leads to a final climactic conclusion to save the human race. Joe learns swordplay, and martial arts from a Japanese Samurai grandmaster, and from an Olympic Fencing Champion as he goes on his path to a climactic battle of good vs evil.

A Pandemic is killing the world's population—filled with dangerous action battles and romance—and with likable male and female characters such as heroic Joe. This exquisite novel Joe and the Peace Eternal will have you thinking about your goals and beliefs and if the world can survive a Pandemic. And about what is possible if you achieve peace eternal.

John Teofilo Padilla Jr. earned a bachelor of arts degree in liberal arts from Ottawa University. He also graduated from Gateway Computer College. Born in Albuquerque, New Mexico, he grew up with the heritage of his great-grandfather, US Marshal Teofilo Padilla, who fought outlaws in the old Wild West.