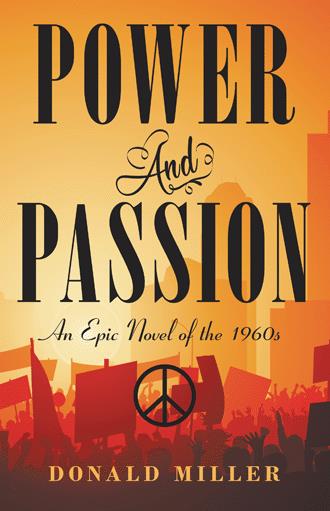 "Destiny is not necessarily found in the future but is sometimes located in the past," as some anonymous author once stated.

Within those one hundred years book ended by the assassination of two presidents we discover something that is possibly more than coincidence. Consider an intriguing fact that belt buckles the middle of the nineteenth century to that corresponding part of the twentieth. Kennedy was killed in a Lincoln built by Ford while Lincoln was killed in a theater owned by a man named Ford. Each of their vice presidents were named Johnson, born in years ending in '08. Both vice presidents when becoming president were under severe pressure to resign. Both Lincoln and Kennedy were elected to congress in years ending in '46. Both had a sister that died before their election. Both were shot in the head on a Friday in the presence of their wives before a major holiday. Lincoln had a secretary named Kennedy who warned him not to go to the theater while Kennedy had a secretary by the name of Mrs. Lincoln who warned him not to go to Dallas. Each was elected in the year '60. Lee Harvey Oswald killed Kennedy from a warehouse and ran to a theater while John Wilkes Booth shot Lincoln in a theater and ran to a warehouse. Both assassins had fifteen letters in their names and were southerners. Both presidents sought civil rights for Negroes. And remarkably Lincoln became the last fatality of the first American Civil War while JFK was the initial casualty that led to the most divisive era since the 1860s.

Is this the statistically improbable happening that cinch those two murders to their respective eras or something that stretches the boundaries of incredulity? Maybe it was only happenstance captured in an odd twist of fate. Or could it be preordained where specters from those two eras creep onto the sixth floor of the Texas School Book Depository or the balcony of Ford's Theater.

To quote Shakespeare. "There are more things in heaven and earth, Horatio, than can be dreamt of in your philosophy."

When Diane Howard meets Erich four days after president Kennedy's assassination, we can't help but speculate something similar for this teenager. Desperately she wants to be involved in the modern civil rights movement awakened from a century of hibernation. Or as improbable as it may seem could a schoolmarm hired by her great, great grandfather the general Oliver Otis Howard to integrate an 1860s freedman school have an unearthly link to this modern girl from upstate New York? Subtle hints suggest that this 19th century teacher turned civil rights advocate mirrors the same objectives as the general's contemporary descendant. "Past Becomes Prologue," now takes on a most intriguing perspective.

Erich listens with stubborn skepticism to his new girlfriend as she tells him of dizzying, sometimes painful Deja Vu whenever her father recounts yarns from the Civil War period. Forcing him to believe she once existed during those turbulent times her father describes with vivid clarity. The young man stands against such outrageous claims but is at the same time alarmed that whenever he gazes into her enigmatic Mona Lisa dark eyes, she isn't all who she appears to be.

Erich in his diary speaks of the 1960s starry eyed idealism they were involved in and that past century she feels she was witness to.

"I know her ultimate objective wasn't to be with me forever but to discover who she once was and where she came from. Although I have followed my life's purpose, Diane intrigues me with the possibility, as insanely preposterous as it seems, that her destiny wasn't to be found in the future but within that Romantic Age which may have been her past."

Being as, "All Quiet on the Western Front," is considered the finest piece of anti-war literature ever written, this story contains a similar theme. Moments after discussing that powerful novel with her boyfriend, Diane coincidentally greets a soldier who happens upon the antique barn where they work. Appearing to be a deserter from that southeast Asian conflict, she listens intently to tales of corruption, encouragement of Buddhist self-immolation and violence on a scale that disgusts and angers her. Being conflicted as to wanting this vulgar character to leave, she so wants him to stay to give perspective to her soon to be drafted Erich, as to how criminal this war really is. The savagery of what the young soldier details creates within her an epiphany as to how young people, no matter what era are always victims of an older generation's lies and miscalculations. This is an excerpt.

"Diane in trying to imagine the intensity of violence in Vietnam conjured up something that took her breath away... Caught in a dreamlike fascination her inner sight focused on several war movies she remembered that held a timeless theme. With that she envisioned a soldier being held by another as he lay dying. It was a scene from a John Wayne WWII movie, where she first came upon it. Happening again in one of her father's graphic tales of a confederate at the Battle of the Wilderness who had his jaw blown away being held by one of his comrades in a similar desperate effort to keep him alive. Begging and imploring his friend to eek out a few more moments of life before he too passed into infinity. All these soldier's efforts in different times, centuries and conflicts had done what they could for a buddy as this senseless loss of life through war held one appalling universality. With that being the death of a soldier in the arms of another overcome with grief too immeasurable."

Diane Howard holds a strange secret that not even she understands. As the great-great granddaughter of abolitionist general Oliver Otis Howard, the contemporary student believes it is her calling to address the unresolved issues of Jim Crow left over from her ancestor’s time. Though African American progress has been in hibernation for a century she witnesses its resurgence in her time. But even more intriguing, whenever her father tells stories of the Civil War, she feels a blinding, sometimes painful sense of Déjà vu. Like she was not only tethered to that age of black carriages and hoop skirts… but played an integral role!
Days after president Kennedy’s death, Diane meets Cleveland high school student Erich Metzger as the result of a car accident. Their quirky not exactly traditional boy meets girl moment establishes a life affirming counterpoint to the tragedy that has gripped the nation. Drawn into the 1960s like matter to a black hole, a road map has been drawn for the most incredible adventure of their lives. Yet as her boyfriend is stubbornly skeptical of her belief in a past life. He realizes that as his coming of age grows out of the golden era of rock n’ roll her transformation seems to have begun much earlier, exactly one century earlier.

Donald Miller is a graduate of Kent State University with majors in economics, history and education. He taught business and history in Chardon, Ohio, and Hollywood, Maryland, and was among the protesters at Kent State when four students were killed in an antiwar demonstration, May 4, 1970. He currently lives in Chagrin Falls, Ohio.