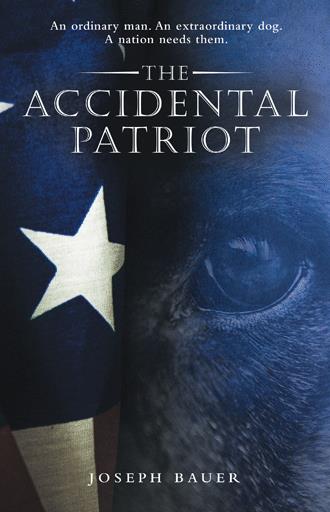 The mood in the Pentagon conference room was stiff, cool. To Stanley it felt like an interview that he had not solicited, a mixture of curiosity, pressure, and slight resentment. But he could not say that he had been brought against his will. He was asked, would he come to Washington to meet with “some personnel”? And he had answered yes, he would. There was no room to argue that he had been duped. The security measures used to bring him from the airport were unnerving, and certainly unexpected by him. But it was hard to call them unreasonable or physically too imposing. And the email had put him on notice—had it not?— that his trip was of a secretive quality.
Anyway, he was here now. He had committed to nothing and would be home in Pittsburgh that evening. The best course was to be friendly and calm and hear them out. Besides, so far it was all sort of interesting, and even a bit exciting.
“We know all of this must have you feeling off guard,” said Undersecretary Steeden. “You probably have questions that we should address up front.”
“Up front before what?” asked Stanley.
“Before we start asking you questions. We have a lot of them. About your company. About yourself. So that we can make a judgment as to your suitability.”
“You make it sound like I am trying to be hired for something.”
“When we can explain more fully why we asked you here, you may conclude that this is an opportunity.”
“For my company or for me?”
“For both. But for you personally, it is an opportunity to serve your country.”
Stanley finished his coffee, and allowed that to sink in for a moment. So, this is more than just business, he thought. He felt a small stirring inside himself. It was not unpleasant, more like a slight heightening of his senses. At his age, that was always interesting.
“I do have an obvious question,” Stanley said. “How did you find me for whatever this is about? You could all be my children. I should have retired years ago.”
“We identified you because you have the skills and the background that align with the unusual profile for a critical need we have for a program under development,” said Susan McShane, her first words in the meeting. “And other desirable characteristics.”
Stanley thought her a little cryptic and oddly clinical.
“And what are those?” asked Stanley.
“The characteristics?”
“No, the skills and background.”
“You have deep experience and knowledge in specialized underground engineering and construction,” she said.
“So do a thousand others.”
“True, but you have experience in deep shaft specialized containment.”
“So do a hundred others.”
“Again, true. But you also are a metallurgical expert. That is important to us. And despite your age and position in your own company, you keep working. And you prefer to work alone, virtually unassisted. You don’t even use others for your drawings and models.” Now how does she know that? he wondered.
“I love my work, yes. I like the doing part. I like to think and draw. I haven’t tired of it.”
“And you have no family.”
“I am a widower. I have no children or nieces or nephews. I have no siblings. Neither did my wife.” He paused and looked over the faces in the room. “Is that a qualification?”
“It’s a characteristic, a desirable one,” said Susan McShane.
“How is that? I don’t consider it a great thing.” His wife had been dead nine years, and it seemed like yesterday to Stanley. He missed her deeply, still sadly.

The unseasonably cool day was turning even cooler as the sun fell. Kitt thought about putting on the windbreaker wrapped around her waist but decided it best not to expose her firearm. The hotel was just twenty minutes away and their pace was brisk; she would stay warm enough. The two North Koreans were now stationed a few blocks ahead of them as they walked south on King Street, which narrowed and became one-way in the direction they walked. Tiny Fulton Street ran off to the right ahead. The white Honda was backed into a space down the lane one hundred yards. Its driver’s-side front and rear doors were ajar for rapid entry.
One of the operatives hid out of view, a few feet down from the corner, standing straight and rigid, his back to the side wall of the shop that fronted the street. In that position, he would not be seen as the walkers entered the small intersection; he could then attack the large man from behind. The other operative stood in plain view ahead on the other side of the crossing, looking casually into a store window, with a cigarette in one hand and a street map in the other.
It could have been her training. It could have been instinct. Maybe it was Providence. Whichever it was, it likely saved her life. Kitt’s glimpse of the cigarette and street map in the hands of the Asian man ahead, just as she and Stanley were halfway across the skinny lane, fired an alarm to her brain as instantly as a rifle shot. Even before the North Korean began his lunge toward her, she threw her right hand into the pocket of her slacks and tapped twice on her emergency messaging screen. She needed the same hand to reach across her waist to retrieve her gun from her left hip. She could not get it there in time. The athletic attacker dropped the map and cigarette and rushed at her like a lineman attempting a high hit on a quarterback. There was no opportunity for her, or for Augie, to look behind them to see the other abductor springing toward Stanley. Augie set his fury on the first agent, leaping between him and Kitt, thrashing wildly and knocking the assailant off balance. The North Korean by then had drawn a gleaming knife, brandishing it waist-high and charging again at Kitt. The other attacker grabbed Stanley from behind, spinning him forcefully around by the shoulder and, knife in hand, forcing him down Fulton Lane toward the waiting car.
Augie raged in fury, relentlessly launching himself at Kitt’s aggressor. His first two leaps drove the man back, a step and a half each. Kitt went to the ground and rolled to her left, drawing her gun. She wanted to find a line between the assailant and the dog, but Augie was leaping high, higher than the face of the attacker. As he descended from his second leap, she fired from the ground, trying for a head shot. She missed. She saw a dozen onlookers frozen in fright, some diving to the ground, but she knew the trajectory of her shot was upward enough to sail above them.
Augie’s third launch was laser-like, to the man’s right wrist, inches above the knife blade. Stanley tried to turn so that he could see Kitt and Augie, but the stout North Korean, a thick hand now to the back of Stanley’s neck, was too strong for him. But perhaps, he later considered, it was better he could not see it. The hearing was enough. It was sound he had never heard or imagined before. The dog made a full-jawed clamp on the aggressor’s wrist and tore the man to the earth, refusing to release his grip, shaking his strong head back and forth, dragging his teeth through flesh and tendon. The attacker let out a piercing prolonged scream, a rush of alternating long and short vowels—“eeaaheeaheeah”—pounding like white water over downstream boulders.

After the government’s first choice to design a secret installation is discovered and murdered by foreign agents, the president turns to a lonely widower from Pittsburgh to take her place. Stanley Bigelow’s unusual engineering skills and solitary life make him suitable for the work, but Captain Tyler Brew, the Navy SEAL overseeing the project worries that the man’s age, weight, and lack of physical fitness will make him vulnerable to his predecessor’s fate. Despite round-the-clock protection by female FBI agent, L.T. Kitt, and a specially trained German shepherd from the witness protection program (Augie), the SEAL’s fears prove warranted. All while a terrorist offensive takes shape.

The Accidental Patriot is a story of citizenship and service; loyalty and love; and how personal transformation happens in unexpected ways.

Joseph Bauer writes novels from his homes in Charleston, SC and Cleveland, OH.  The Accidental Patriot is the first in a three-book series.  The others will be published in coming months.