The History of Elsmere 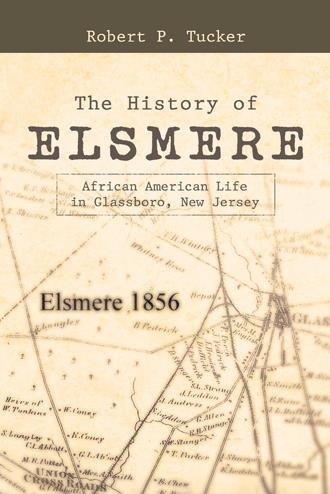 The last day of the 1947-1948 school year held no clue of what lay ahead for Elsmere’s seventh and eighth grade students. Their only concern was, Did I pass? or How fast can we change clothes and go swimming in Alcyon Lake? Little did they or their parents know that behind the scenes, big changes were afoot. Student enrollment at Elsmere, which had been dropping during the Depression years, was reversed and had been rising since the close of the Second World War. The bulk of this increase was the result of former Elsmere residents returning to the neighborhood they left during the late 30’s and early 40’s due to the prolonged Depression, as well as new families building homes both in South Glassboro and in Elsmere.

The South Glassboro School had reached its capacity many years earlier. As a result, its seventh and eighth grade students were sent to Elsmere. The enrollment figures, reported to the Board of Education the first week of September 1947 showed Elsmere 115, South Glassboro 63, and Academy Street School (in the white neighborhood downtown) 394. These figures do not account for the students working on farms and in canning factories. In many cases, these students did not report to school until after the first, maybe the second, week of classes. From these figures, one could see that blacks made up 31% or more of the K - 8 school population.

As late as August 1948, the Board of Education was exploring the idea of adding additional classrooms to the Elsmere School. They had gone as far as getting prices from builders. They ranged from $47,000 for three classrooms to four classrooms and a craft shop for $89,680. That did not include the cost of equipping a shop. This would have eliminated the need to transport the seventh and eighth grade students to the high school for wood shop and cooking classes once a week, as had been the practice. (The old-timers tell of having to walk all the way to the high school once a week for these classes.) Then suddenly, without warning or advance notice, the following announcement appeared on September 2, 1948, in the issue of the Glassboro Enterprise:

"Pupils who attended the Elsmere School last year (‘47-‘48) and who have been promoted to the seventh or eighth grade are to attend the Academy Street School for the coming year. Starting Wednesday, September 8, 1948. This change comes from George W. Wright, Supervising Principal of Glassboro though the recommendation of the New Jersey Department of Education."—

I know of no one who read this announcement. During the summer months, reading the newspaper was not high on the priority list. This late in the summer, those people who were not regularly employed year-round were working long hours in the area’s canning houses or out in the fields. This left little time for reading. Some students mentioned that they had received a letter from the supervising principal; however, my brother and I learned about it from our playmates only the day before school was to start. With no knowledge of where or what time the school bus would arrive, we all walked to Elsmere School and waited near the street. No one knew what to expect. The thought of going to school with white children was frightening to many of us. It was possible to grow up in Elsmere and have very limited contact with white children.

The boys had more involvement than the girls, in that in the spring of the previous school year the high school physical education teacher and assistant coach, Mr. Garfield Jackson, organized a junior softball league that included all of the elementary schools – Academy Street, Saint Bridget’s, Elsmere, and South Glassboro. These teams played each other during the spring of 1947. This contact proved to be a major factor in the students getting along.

That morning on the bus, no one was talking, sitting in silence all the way to Academy Street. As the bus rolled to a stop in front of the school and Mr. Knight opened the door, no one moved. We looked at each other and no one wanted to be the first to get off. Students began to repeat, “I am not getting off first." "No, I am not getting off first.” Mr. Knight turned and looked back and stated, “7th and 8th grade students get off here.” No one responded, no one moved. As I started to rise in my seat, I said, “I’ll get off first.” As I stepped into the aisle, Clifton Meers declared, “I’ll get off with you.”

As I started down the aisle, he fell in behind me. From the bottom steps, I could see other students coming and going, but no teachers were in sight. No one to line us up or tell us what door to go in or what room we should go to. In the back, I could hear the other students as they scuffled into the aisle behind Clifton and myself. Looking back on that morning, I see myself frozen at the foot of the bus steps, trying to decide which door to go in or would we even be allowed to go in before the bell rang. Someone behind me sensed my dilemma and said, “Go in that door.” I took this to mean the door on the north end of the building and proceeded to lead the line in that direction.

It was here that the community softball teams which Coach Jackson had formed paid dividends far beyond the time that he invested in the after-school games. The team leaders instantly formed a friendship that continues until this day. Anthony Esgro and my brother, George A. Tucker, set the stage for a peaceful school year. Esgro was an excellent athlete, the best ball player on their team and the leader of the white students. George occupied the same position among the Elsmere students. Getting along was simply a matter of following the leader.

Communities in the United States are chapters in the great story of this country. And while many of these chapters are well known in our history, there are a great many that need their stories to be told by the people who lived there.

In The History of Elsmere: African American Life in Glassboro, New Jersey, author Robert P. Tucker describes middle-class life in a small, semirural South Jersey minority neighborhood, offering a history that spans over three centuries. From the clearing of land for farming to the building of segregated schools and housing developments just twenty miles southeast of Philadelphia, Tucker chronicles the history of the neighborhood as only a lifelong resident could. He also speaks to the harrowing experiences of escaping the Ku Klux Klan and living through the poverty of the Depression, sharing the story of minority life in the community.

The history of this small community is an important part of the story of America, and the experiences of the men, women, and children who lived in Elsmere can come together to reflect the spirit of a time and a place. Much of Elsmere has changed, but the memories now live on and can teach us about where we came from—and where we are going.

Robert P. Tucker is the preeminent African American historian of Glassboro, New Jersey. A retired educator, he taught chemistry and served in the guidance department of Glassboro High School before his appointment as superintendent of Lawnside Public Schools. Since retirement, Tucker has spent more than twenty-five years researching and writing about the history of Elsmere, Glassboro’s oldest African American community.