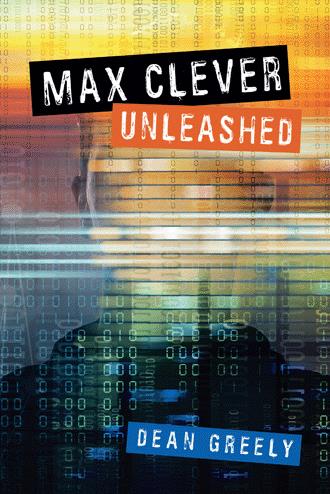 Max went from slight panic to extreme intensity. "Claire, transfer monitor system to backup computer and transmit visual to my phone." Max turned to me as he pulled his cell out of his pocket and turned it on. "Whatever you do, stay in this room. You'll be safe." Max pressed a couple of buttons on a keyboard that just appeared out of nowhere. Catlike, he crossed to the far corner of the room, touched the wall, and an unseen hatch in the floor slid open silently. A light emanated out of the floor, casting an eerie bluish glow onto the wall monitors that reflected about the room in a strange way. He turned to me. "I'll be back in a few minutes." And with that, he climbed down into the light. As soon as he was gone, the hatch closed as silently as it had opened.

A facade of what seemed to be fear was printed upon Max's face and etched upon my memory like a fading hologram. I sat down in the office chair in total bewilderment. The gloominess of the hazily lit, windowless room settled upon me like a spirit possessing a human soul.

While the speedy computer hummed as it performed its systems checks, I stared blankly at the time bar on the monitor. A tiny drip of fear began to trickle over me while I watched the countdown. Five minutes passed, and Max had not come back through the hatch.

The trickle of fear began to transform to a thorough washing of terror as ten minutes went by and there was no sign or sound of Max. I shifted to the edge of the chair. "What is he doing?" I asked aloud. I couldn't help but wonder why he seemed afraid.

Twenty-five minutes passed without a word or sound, and the washing of terror was replaced with frantic fright. I was now pacing back and forth like a caged tiger. What am I supposed to do? I don't even know how to get out of the room.

I plunked myself back down in the office chair just as thirty minutes had counted off the computer's time bar. I was facing the hatch across the room, and my imagination had taken over. I could envision Max rising out of there like a zombie.

"Chris." I nearly jumped out of my skin and laid an egg or something else right then at the sound of my name as I reeled around and pushed the chair backward. All I could make out was a silhouetted figure standing behind me in the closet entrance. My eyes strained to see. The hushed voice seemed to be Max's, but the shadow was holding a gun.

Max Clever is a gritty, yet stylish teen, living in rural Nebraska who possesses special skills and a mysterious connection to the CIA. Oddly, his only human interaction had been with his father and his nanny, Vicky.

Following the untimely death of his father, Max and Vicky move from his ranch to the tiny town where he starts school and meets Chris. Adversity leads them to cement a solid friendship. But shortly after meeting Chris, Vicky puts a twist in things and leaves Max to live alone.

That abandonment flings wide a doorway to wild adventures for Max and his new friends: a story best told by Chris. Can their friendship endure Max's furtive and dangerous search for truth?

Dean Greely is an Indy author and instructional designer. A former middle school English teacher, originally from the Midwest, he created multiple short stories to enhance vocabulary development in his classroom. Greely and his family now live in the Rocky Mountains of Montana.