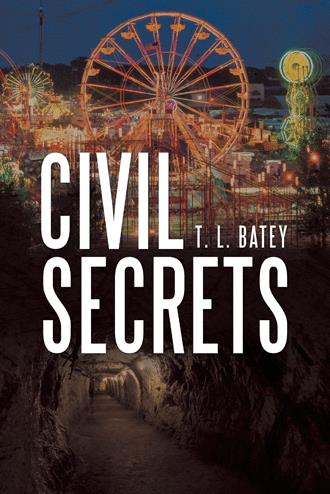 What Sam heard next made the hair on the back of her neck stand up straight. It was a laugh, coming from the man she had just bumped into. It was the exact same laugh she had heard in the woods that night. Before she could think, she realized that she had pivoted on the spot and was now staring at the stranger. The same stranger whose voice, she was sure, had been in the woods that night. The stranger who had been on the home tour, followed them back to the park, and was now here. Staring at him, she also realized that he was the same man that she had nearly collided with that day outside the bowling alley after she had located the first clue.

"You!" Sam said, choking on the words.

Dean and Nell looked at her like she was possessed.

"Sam? What is it?" asked Nell. Before Sam could respond, Nell had obviously figured it out. Her mouth dropped open, and the color instantly drained from her face.

"What am I missing?" Dean said with a worried look on his face.

The man was now leering at the girls, his lip turned up at the corner in what looked like a snarl.

The man moved his hand toward his belt, and they saw a knife strapped to his belt.

Sam looked around. The grounds were empty but for the four of them. Sam looked at her watch. It was two o'clock and the parade had started. She could hear band music emanating from Main Street. Everyone was at the parade. She looked at the station door, and saw that the man was blocking the entrance. She felt like screaming, but she knew no one would hear them.

A promise of adventure takes a deadly turn, as a walk in the woods leads fifteen-year-old Sam and her cousin Nell to witness a murder. Sam’s haunting promise to a dying man takes them on a hunt to decipher clues which point to a treasure hidden somewhere in town. Soon, with the help of a new and handsome friend Dean, they are on a frantic chase against time. Using their combined knowledge and skills, Sam, Nell and Dean decode long-buried symbols. Their efforts unlock the secret to a historic discovery, and attract the attention of a killer determined to let nothing stand in his way of getting what he wants.

In this gripping tale, two teenage girls determined to solve cryptic clues left by a dying man embark on an amazing journey of discovery, and a race to evade a killer.

T. L. Batey graduated from the University of Michigan with a degree in political science. She lives with her husband, two children, and three dogs in Bloomfield Hills, Michigan. Although she has been writing in the legal profession for over twenty years, this is her first novel inspired by her love of adventure and friendship.