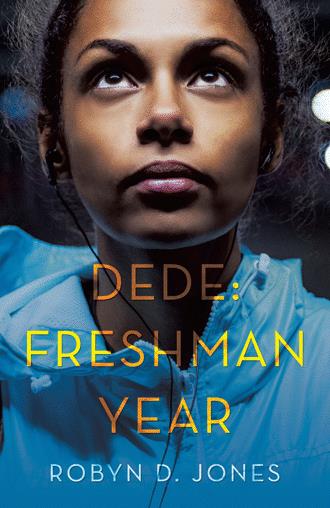 It’s not easy being me. I’m fourteen, about to go to high school, and I’m invisible.

I’ve always been like one of the boys. I walked, dressed and even played like a boy. I didn’t have any girls that were my friends. For some reason, I never really fit in with girls. And for some reason, I didn’t care.

My brother Ty’s friends, were my friends. I went with them everywhere- from each other’s houses to hanging out at the basketball court after school. I spent hours watching his friends act like they were going to be the next up and coming rappers. They would create rhythms with their mouths like Dougie Fresh or Biz Markie and spit lyrics that none of the hottest artists could touch. Since I was the only female, they always had me sing the hook, which I thought always made their raps sound a thousand times better.

Ty’s fun was my fun. I loved my brother so much. It didn’t matter what he wanted to do, I would do it. We spent school nights and weekends playing video games. I was often the target when his friends wanted to feel good about themselves. They would often underestimate me, thinking that they would win every time they came over and demand to play a vicious game of Madden football or the latest 2K NBA game. Little did they know that when they weren’t there, I would spend hours practicing under another alias so that I could beat them.

But my favorite game was basketball. Ty and I would play every day on the single basketball hoop my parents bought for the driveway. We would play day and night, winter, spring, summer, or fall! It didn’t matter as long as I was playing. Although everyone would come to play at our house, there was nothing like playing ball in the city.

Every time I visited my grandmother’s house, Ty and I would walk four blocks—passing two corner stores, three liquor stores, and one storefront church—just to get to the court that sat behind what used to be the old rec center. Years after the city closed the center, it became an abandoned shell of a building that drug addicts used for shelter when the weather kept them from roaming the streets.

Every time I stepped on the court, I always took in the scene. It was like that moment in the movies where the athlete became one with the court before they played the best game of their life. I took a few deep breaths even though the air was filled with the stench of trash and the smell of crabs and fish from the street vendors. The court was my sanctuary. It didn’t matter what it looked like or smelled like, being there just took me to another place in my mind.

The white and orange paint was peeling off the backboards and rims. On the far side of the court, the rim was bent down like a limp branch on a tree after a storm. The nets were tattered or totally removed, but it never stopped the best of the best in the hood from playing.

I was just as good if not better than any dude in the neighborhood. I dominated the court. I knew I was that good because whenever we would choose teams, I was always one of the top two players to be picked. Everyone that played treated me like one of the boys, and that was exactly what I wanted. I knew in order to become the best, you had to play with the best. They elbowed, pushed, and tripped me. They tried anything to keep me from scoring. But I was better, smarter, and faster.

Don’t get me wrong, for years my mom tried really hard to give me “girly” things to do. From the ages of four through eight, I was in ballet with a guy named Earl, who loved tights more than I did. And my gymnastics career, from ages nine through eleven, came to a screeching halt when my newly grown hips and breasts made a series of flips feel more like flops.

Then basketball happened to me. I fell in love from the first time my dad put that ball in my hand. The smell of the leather, the feel of each groove giving me the perfect grip—it was truly a magical connection. Some may call it fate, but I knew that basketball is my destiny.

Now, I live and breathe basketball. My best games have always been against my brother. He taught me, challenged me and pushed me to do my best every time I stepped on a court.

Now Ty’s graduating from high school and going off to college. From now on, I will be on my own. Just me. Ty was not just my brother, he was always my best friend. It’s going to be so strange. I have to practice basketball—and learn about life and get insight on boys—on my own. Everything is changing- I’m going to high school, Ty’s not here and now I feel even more... invisible.

It’s the beginning of DeDe Stanton’s freshman year of high school, and life was already craaaaaaazy! She moves to a new neighborhood and has a bike accident right before the first week of school that leaves her leg in a cast. She’s doing her best to go from invisible to popular, and her days are filled with home responsibilities, lots of schoolwork, and attempts to build a social life—just like a typical teenager.

But unlike her friends, DeDe wrestles with her family’s past. She constantly has daydreams about what used to be, and the effects of her previous experiences echo into her present. It’s amazing what adventures she finds and what adventures find her. Then, when she unintentionally reveals secrets her brother hid from the family, the changes that follow will affect the lives of everyone around her.

In this young adult novel, a fourteen-year-old girl faces the usual struggles of freshman year while also dealing with past trauma and present drama.

Robyn D. Jones always has an adventure happening in her life. With over twenty years of experience, Robyn has won fourteen Excellence in Education awards. DeDe: Freshman year is the first book in a series that shares her life’s adventures mixed with her unique style and imagination. Robyn is a native Baltimorean and has one son.