by Pandora B. Angel MD 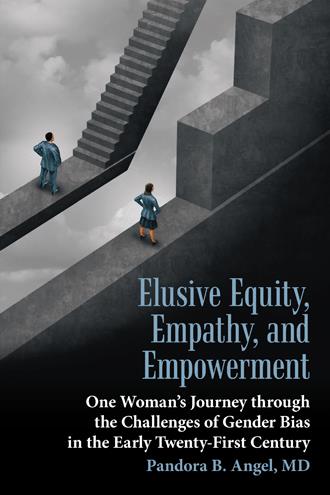 Finally the day arrived. The meeting had been rescheduled by hospital administrators, maybe more than once. This meeting was placed on my calendar as a general discussion. The purpose of the meeting was to discuss interdepartmental issues that had been ignored for years. The administrative team had avoided transparency, open discussions, meetings, and even e-mails.

My excitement rose for the opportunity to discuss communication and operational issues that could improve patient care and staff satisfaction. As an accomplished emergency physician of twenty-seven years, I had prepared. I spent time outlining ideas. I walked on my college campus with a former classmate discussing this upcoming meeting and pondering nonviolence and conflict resolution exuded by those of us who lived at Peace House during college. We visited the grave site of our university church pastor and philosophy professor. I remembered the activism, including conscientious objector status pamphlets handed out at the post office. I had collected articles including “Sandberg: Women are Leaning In-but Face Pushback” and books including Sheryl Sandberg’s 2013 Lean In that explained what I and so many others had experienced in the workforce and life. I had suggested this reading to male leadership. I was well versed in communication styles and feedback for operational change.

As per my routine, I arrived early. I arranged the chairs in the room and cleaned off scattered items from prior gatherings. I poised myself at the head of the table, or maybe the foot of the table; I had never been invited to prior meetings to see the typical seating arrangement. My folder of notes and displays was placed squarely on the table. I practiced some lines and watched the clock. I reminded myself to keep a steady voice, never shrill or abrasive (Kieran 2014). Women conform to speaking in controlled fashions to avoid negative stereotypes (Streitfeld 2015). Try to be agreeable but do not concede the facts that are undeniable. Five minutes after the hour, no one else had arrived. I texted my husband to laugh and subdue some rising anticipation of the interactions to come.

Two administrators arrived. I opened the meeting and bantered lightly about the NPR show with medical implications I had heard driving into work solely for this meeting. I had no office currently; I worked from home when not assigned to clinical shifts. When the third administrator appeared and only one additional administrator was absent, I began some introductory remarks. I transitioned to a patient complaint article that I had in hand that described complaints as an opportunity to improve interactions as the fourth and final administrator arrived. The discussion progressed into a general discussion of the interdepartmental patient hand-off issue; this entailed the transfer of pertinent information for continuity of patient care.

After concerns were aired, I respectfully broached the theory of relativity (common knowledge of physics for most physicians) and views from different perspectives. I shared my routine experience of receiving short, one-line comments by the overnight team prior to my day shift. The hospital administrator became immediately defensive and stated the night staff were clearly busy. He further stated the day staff expected any and all necessary information to be provided verbally upon request rather than reviewed in the electronic record. I had no intention of chastising anyone but merely showed the great disparity of expectations and responses between two services on opposite sides of a hand-off. I explicitly stated I was not angry with anyone but was seeking a better process. I made a positive comment about an emergency physician who utilized the electronic record hand-off and noted the inconsistent use of any formal hand-off in the observation unit to provide further variations.

Once these variabilities were aired, I looked at a senior administrator and stated that I’d previously met with the chair of the emergency department at the university hospital biannually for fifteen years. This female chair said when presented with similar communication mishaps, “People complain. Keep up the great work.” Complaints happened in the work setting.

The administrator who’d arrived late, as per his custom, interrupted. Seated across from the senior administrator, he burst out of his chair, yelled, “I don’t have to take this,” and stormed out of the room. He returned within less than a minute to yell at me, “You can leave this job if you don’t like it,” or something close to that.

A second administrator, a friend of the first who’d departed the meeting, exited the room to comfort this individual. He returned to instruct me, “You need to apologize.” In the Huffington Post, Gray draws attention to our culture that makes women apologize constantly. Hillary Clinton was the first presidential candidate to apologize in a concession speech (Wieczner 2016, Gray 2015).

The hospital administrator asked, “Why are you always a problem?” and exited. The senior administrator appeared uncomfortable and attempted to leave the room. I stated I needed to speak with him. I revealed that the distraught administrator was a non-communicator and was the cause of numerous staff departures and misunderstandings; he appeared insecure and threatened by my skill set and staff support within our unit. Staff retention and consistent unit performance was a concern. I too had been scouting out alternate career opportunities for the past couple years. I perceived each male administrator in this meeting as clinging to his tribal comfort zone and shunning me as a female outsider. No one appeared interested in situational awareness or conflict resolution. Male talking points and narratives were already engrained. I was informed I needed to “do my part.”

This senior administrator requested names of individuals with whom he would speak, continuing the misguided paper trails and escalating animosity toward me. This reprimand of individuals oversimplifies and betrays the goal of changing a misogynistic culture. I offered no names. The administrator inserted the names of the usual suspects. Thus ended the meeting in little more than thirty minutes, including the late arrival of several participants.

Dr. Pandora B. Angel was a practicing physician for thirty years. She spent twenty-three of those years as an emergency physician at a university medical center and an affiliated hospital. In Elusive Equity, Empathy, and Empowerment, she shares the challenges she faced as a female emergency physician in what is still perceived as a male profession. Addressing the gender bias and inequality she experienced while striving for and achieving a career in medicine, this memoir addresses workforce power and control, double standards, gender bias, discrimination, the boys’ club, harassment, contrived narratives for predetermined goals, retaliation, disregard for objective data, and misconceptions. Through thoughtful vignettes, lessons, and appendices, this memoir explores the persistent culture of inequity in the workplace from Angel’s perspective as a female physician in a male-dominated field. Teaching tools and lessons are provided at the end of each chapter to stimulate wider discussions of inequality, harassment, bias, and discrimination that still occur.

Dr. Elizabeth A. Edwardsen (formerly deLahunta, maiden name Dickerson) graduated from Colgate University Summa Cum Laude and Phi Beta Kappa with a major in mathematics in 1982. She completed her medical degree in 1986 at the University of Rochester and a residency in Internal Medicine in 1989 at Strong Memorial Hospital. After five years of an emergency medicine practice at an affiliated hospital, Dr. Elizabeth Edwardsen returned to the university hospital in 1994 to pursue an academic career. At the time of her retirement in 2017 she was an Associate Professor of Emergency Medicine. Dr. Edwardsen spearheaded clinical initiatives to improve efficiency and quality care for all emergency patients. She was selected as the Medical Director for the adult Emergency Department at the university hospital in 2009 due to her dedication to the departmental mission to provide safe, efficient, quality care to every patient. She was part of the founding physician staff for an observation unit at an affiliated hospital which she served clinically for six years. She has published several chapters and numerous articles on partner violence, patient and physician communication, empathy and sexual assault. Journals with author publications include The Journal of the American Medical Association, Preventive Medicine, The Journal of Interpersonal Violence and The Archives of Internal Medicine. She initiated the medical school curriculum on Domestic Violence at the University of Rochester in 1994. She formerly directed the medical student emergency medicine clerkship, at which time she successfully lobbied for emergency medicine to be a mandatory clerkship for all medical students. This encouraged a broader understanding of the specialty and the interrelatedness with all specialties. She received honors including selection as a faculty graduation marshal by graduating classes in 1995 and 1997. She was elected into the medical honor society, Alpha Omega Alpha, by the class of 2004.