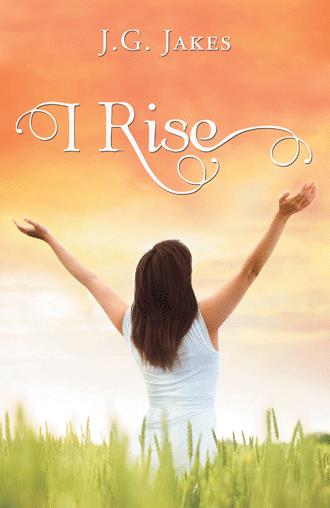 Sarah Cole holds a pistol pointed directly at Ham. She glares at the flustered, burly man, hoping he is wondering if this wake-up call is a sign of doom. “Where did you take her, Ham? Where is my daughter?”

He chokes, “Do you know how to shoot that thing?”

“I’ve had a few lessons. Enough that I know if I hold my aim steady and squeeze slowly, I’ll hit my target.”

“Straight between your eyes. So, consider yourself warned.” She points the gun straight for his head between his eyes. “Think about what I have said.”

Leaning forward, elbows on knees, Sarah blurts, “Would it surprise you that I have no qualms with seeing you dead? It is not beyond me. You see, the situation is like this: The cost between saving my daughter and pulling this trigger is not even a consideration. I don’t have a problem with killing maniacs. Furthermore, if I find that you have so much as hurt one hair on her head, you will.” She motions with her head. “Let’s go or start thinking about an early demise.”

“Go ahead. Let me have it. If not by your hands, then Bobby’s.” He grumbles, “I’m just not ready to meet my Maker.”

‘If I don’t find my daughter alive and well, dear sir, you will be meeting someone, although I doubt it will be your Maker.” She motions with the gun. “Move.”

They walk outside of Ham’s little bungalow nestled deep in the woods. Sarah sniffs a detestable odor—one coming from Ham. Neither his sweat-drenched clothes nor his overweight body has met with soap and water for some time. Whew. I’ll have to cover my nose if I’ll be downwind from him.

Just as the sun is making its debut, they reach the creek and a boat hidden in the bush. Ham says, “Load up. The place I have them hid is down creek and in the marsh.”

For a while, there is silence as Ham rows downstream, with him glancing back at Sarah, who does not set the gun down for even a second. Soberly, he begins a conversation. “I didn’t harm those girls, Mrs. Cole. Bobby told me to get rid of ‘em, but I just couldn’t. Your daughter—she is one of a kind—got more spunk than a bobcat. Got fight in her, she does. Anyway, all I did was tie them up. Thought I would wait until Bobby cools down and then go get ‘em.”

“Don’t worry about Bobby. He’s cooling down, all right—in a six-by-six jail cell.”

The boat paddle swirls through the calm waters. Occasionally, a plastic bag or Bud Light can floats by. Ham, an enormous man, his bulk exaggerated by his too-tight overalls and his brow pumping sweat, stops for a moment and calmly asks, “Bobby’s in jail, huh?”

“Confirmed. In lockup as we speak.”

Ham whistles. “So he finally got caught. I knew it would just be a matter of time. That boy ain’t got the sense God promised a billy goat. I think workin’ around all that weed done got his brains fried.”

“Put some muscle behind those boat paddles, Ham. Let’s move.”

Yes, ma’am,” he says and spurs forward. However, he could not resist asking, “You would do anything for your daughter, wouldn’t you, Mrs. Cole?”

“I bet you are the kind of mother who keeps herself all in her daughter’s business.”

“I guess you are right about that. Staying out of her business has never been my style. Listen, Ham, I don’t have time to waste jabbering, so please, put your back into it. Let’s get on down this creek.”

“Yes, ma’am. Whatever you say. You are the one with the gun.”

Finally, they reach the tie-up point. Ham gets out of the boat and pulls it close to a tree. “Follow me,” he directs.

Through the marsh they trudge, trampling on vines and plants. Occasionally, just as Sarah is about to fall, she quickly regains balance, never taking her eyes, nor her gun, off Ham. Soon, the small shanty appears in the distance behind the trees. Although her overall impression of the shack confirms that it is a far stretch from a safe haven, her heart skips as her energy soars. Her anticipation exhilarates her. She calls out, “Gracie, I’m here! I’m coming.”

At that moment, before another step is taken, the unexpected happens. The shanty explodes, sending up a ball of fire. Pieces of wood fly through the air, followed by a billow of smoke. Flames leap.

In shock, Sarah stands, at first motionless, frozen. Then she cries out as she pushes her way through the thicket. “Gracie!” Stumbling, she loses the gun she once held tightly in her hand. On all fours, she desperately fights to scramble to her feet knowing that Ham now has the advantage. He moves quickly, lifts his walking staff, and brings it down hard across the back of Sarah’s head. She groans and collapses onto a fallen log. Quickly, he slips away.

Sarah Cole is hired to clean up operations at Safe Families, an organization designed to counsel and assist young mothers on their road to recovery. Upon her arrival at her new job, she finds herself in a devastating situation. The office of Safe Families has been poorly managed and could be the cause of clients slipping through the system and out of recovery.

Alarmed and angry, Sarah reluctantly begins work with Paul Hines, the local district attorney. Together, they hope to stop the festering drug problems that can lead to child neglect and the death of innocent children. Tensions surface when they embark on this combined effort as Sarah wrestles with the fact that Paul is an obnoxious flirt.

Slowly, Paul realizes what a cad he’s been as his attraction toward Sarah turns into something more serious. Sarah recognizes his sincerity in wanting to rid the town of its drug problem, and they find a peaceful coexistence fighting the scourges of drug culture. In this midst of their overwhelming task, what could Sarah lose? It looks like plenty, including her daughter, Gracie, who has stumbled in a dangerous and life-threatening situation. As feelings grow, will Sarah accept Paul’s affections and love win out? Or, will hearts break?

J. G. Jakes discovered a burning desire to fulfill herself as a writer by choosing plots with moral conflicts. She strongly feels that writing enthralling tales attune to the heart about issues that divide us can inspire situations that unite us. As author of the River’s Trilogy and Wings as Eagles, she continues to share extraordinary stories of ordinary men and women who confront danger with grit and courage. View www.jgjakes.com.