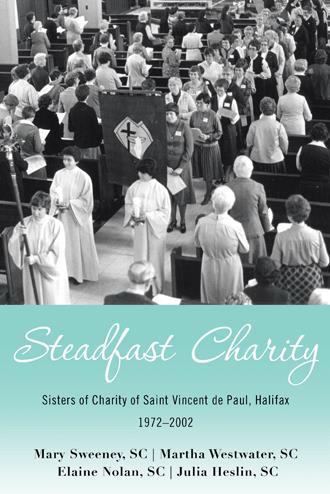 The study of Elizabeth nourished the congregation, but the Church had issued an additional call during these years. Of increasing importance, not only to religious congregations but to the Church, was the call to social justice. While the Gospel parable of Matthew 25 (“whatsoever you do…”) taught care for the poor in a concrete way, the Church, since the 1891 publication of the encyclical Rerum Novarum [Of New Things], had looked to the needs of the poor by reflecting on the rights of individuals and on the institutions and practices that seemed to hinder their growth. As Church writings developed, the concept of social justice grew, that is the idea that, as David Hollenbach writes, “human dignity is a social rather than a purely private affair. Human dignity makes a genuine moral demand upon the organization patterns by which public life is structured” (1979, 55).
The differences between rich and poor were familiar, but after World War II, the growing wealth of some nations and the relentless poverty of others created extremes. During the papacies of John XXIII and Paul VI, the Church began to look at social justice in a more specific way. With Vatican II’s statement on the dignity of the human person, found in Gaudium et Spes [Pastoral Constitution on the Church in the Modern World], human dignity and human development and their relationship to social institutions became major considerations, with the popes issuing related encyclicals and episcopal conferences on these issues.
Concern for the poor had always been part of the Vincentian tradition, and the new impetus provided by the Church re-energized the congregation. In the Chapter of Renewal (1968–1969), the issue of social justice had remained at the margins of the conversation; the more urgent need at that time was to address the congregation’s internal renewal at the local, provincial, and general levels. In 1972, it was time to take up social justice.
The world was growing smaller, with easy access to news from around the world vividly portraying the many faces of poverty. As delegates reflected on the gospel call and the reality of so much suffering, the statement that they issued inspired the congregation to look more carefully at the needs of the world and to consider ways to respond:
The chapter calls on each sister personally and corporately
to develop a sensitivity to those whom the world oppresses,
to right in great ways and small the injustices we see around us,
to heal the wounds of the embittered,
to speak peace to the troubled,
to urge the mighty to right wrongs in order that we, the one and the many,
may be a visible means of healing in the time in which God has placed us.

As if to awaken the congregation with visual prods, fragments of headlines and contemporary concerns were scattered around a quotation from Pope Paul VI, with the chapter statement, given above, positioned on the facing page. The phrases of the statement became familiar to the sisters as they read it together at prayer and at meetings. There was a new energy to look more carefully at the world’s pain and to consider ways of responding.
Over the course of the next four years, the congregation reviewed its investment portfolio with an eye toward social justice and, although its own fiscal health warranted care, the congregation made donations to the poor of the world, particularly to Central America, and marked the canonization of Elizabeth Seton in 1975 with a major donation to the poor.
The concern for social justice led to new, sometimes difficult, questions: Where should the Sisters of Charity be ministering? Is it appropriate to serve in wealthy parishes and communities? How does this statement alter what the Sisters of Charity are doing now? Do the suburbs have to lose to the inner city? Are there other kinds of poverty in addition to economic poverty? Should sisters live and/or minister in high-crime areas? Does Liberation Theology have an impact on places of ministry outside of Latin America?
As individual sisters were assuming more responsibility for their lives and conducting their ministries more intuitively, they responded to the statement in a variety of ways, many making changes in their lives that they felt more consistent with the spirit of the statement. Such personal commitment was essential to the work of renewal.
A woman of her times, Sister Katherine O’Toole knew first-hand the growth as well as the difficulties that renewal spawned in religious communities. Speaking at St. Paul Convent, Herring Cove, NS, ten months before she was elected, Katherine shared the fruits of the work she had done at Duquesne. She addressed the topic of personal responsibility in religious life by naming the mix of idealist and practical realities of community life in those years. Speaking rhetorically as the ideal Sister of Charity, Katherine reflected, “I am called by life to bring myself to the highest possible human fulfillment of which I am capable…I must face the consequences of my decisions and actions and must be ready to stand answerable to others and ultimately to God as a person, as a Christian, as a religious.” ...
Most religious congregations had lived by constitutions that had made few changes to community life in decades; but as part of the renewal and the updating of their constitutions, these same groups were invited to a period of experimentation. The Twelfth Chapter had formulated two statements on local government: “That the experiment in co-responsible local government continue, subject to review by the Governing Board.” (#12) and “That every local community evaluate itself annually.” (#13). The former statement, terming co-responsible government an “experiment,” is revelatory of a stage of growth and change. The interim constitutions, Covenant of Renewal (1969) had named collegiality/co-responsibility as one of the five basic principles of religious life. As renewal took hold, individuals were growing into new ways of relating to their local communities and of sharing responsibility and accountability for decision-making. This was especially true as smaller communities multiplied.

Steadfast Charity covers the history of the Sisters of Charity of Halifax during the years 1972—2002 as the congregation met the challenges of Vatican II and created new models for living vowed religious life. New ways of praying, of being community, of giving service, of understanding the vows—all required trust, openness, risk and a willingness to let go of security. As the congregation responded to the call to renewal, little did the sisters realize how much would change.

In this book, Sisters of Charity Mary Sweeney, Martha Westwater, Elaine Nolan and Julia Heslin explore these times by examining the life and practices of the sisters and by contextualizing decisions that were made by the governing bodies during those years. They tell the story of an organization and its evolution as a part of the “Church in the Modern World.” The authors offer an inside view of a congregation which, in navigating its transformation through a time of upheaval in the Church and in the world, remained faithful to its purpose, as stated in its Constitutions: “to give joyful witness to love.”

Mary Sweeney is a Sister of Charity who lives in Massachusetts. She has served as a teacher and administrator in Catholic schools in Boston. Following theological studies, she entered the field of campus ministry, serving at universities in New England. Mary has written and presented on topics of spirituality and ministry and has contributed to the overall editing of this book.

Martha Westwater, SC is a lifelong educator. She is the author of three books related to English literature and most recently her memoir, More than Enough: Seeing Change as Blessing (Archway, 2017).

Elaine Nolan, SC is a retired educator and artist, who after years of teaching in the US and Canada continues to share her love for art, poetry and a deep appreciation of nature with sisters in the local retirement residence.

Julia Heslin is a Sister of Charity who resides in Brooklyn, New York. After many years of ministry in education at every level, she served at St. John’s University as Executive Director of Special and Opportunity Programs, where she assisted students with academic potential who wished to go on for further studies. She completed her full-time ministry there and continues to minister part-time as a consultant for grants and scholarships.

Dr. Heidi MacDonald is a historian of twentieth-century Canada with specializations in Atlantic Canada, the Great Depression, women religious, and youth. Her current project, funded by the Social Sciences and Humanities Research Council of Canada, is on Women Religious in Atlantic Canada since 1960. Heidi graciously agreed to write the introduction to this book.