by Robert A. Gardner 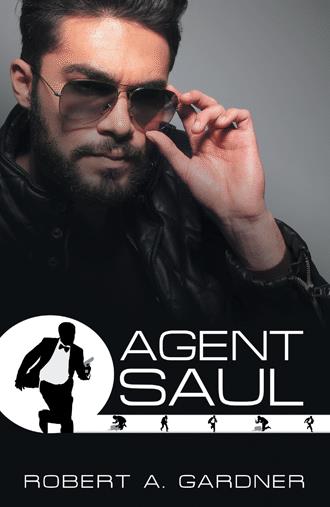 Paul and Silas heard the mob before they saw them. Both ends of the street were blocked by snarled traffic, honking horns, flashing headlights and a frenzied mass of charging men and women. Almost like an apocalyptic Zombie movie the demon-processed crowd torn past and over cars, trampling the fallen ones, past brownstones, small mom and pop stores, the barber shop, banging, shouting, screaming, “Kill them! Kill them!” Within seconds the two disappeared under the Tsunami of kicks, vicious blows to the face and head. Their clothes were ripped. Standing on the steps of a brownstone two JHS agents watched, as did police officers in a squad car idling on a side street. The order was to do nothing, just watch. Both men bleeding and nearly unconscious finally lost consciousness before a gunshot split the air, drowning out the acrimony and quieting the mob. One of the JHS agents held his Glock 27 firmly in both hands as he assumed the Waver firing position. “That’s enough!” he ordered. “Take one more step and I’ll put a nine between your eyes”.  Page 49

Saul was no ordinary agent in Jewish Homeland Security. His clearance was beyond top secret, and no one dared question his methods—not weary politicians from the Pharisee or Sadducee parties or even Rome. He drove his big Denali around Israel, sporting his trademark leather jacket and aviator sunglasses, hunting—always hunting.

He hunted heretics—those who claimed the dead leader, Jesus of Nazareth, was still alive—who caused nothing but trouble. So Saul took them down hard. With the help of his deadly reputation, his two Glock 17s and a license to kill from the corrupt religious establish and government agencies. He had many enemies and few friends. However, all of that changed following an ambush on the Damascus Road, after which Agent Saul’s perspective is forever altered.

Everything Saul thought he believed is now wrong, and he doubts his own faith and sanity. Saul was the most bloodthirsty hunter in the Middle East; now, he has become an enemy to those he worked for, an advocate for a new savior, and protector of those he once hunted.

Robert A. Gardner was born in Detroit, Michigan. He served in Vietnam as an unarmed combat medic, graduated from Wayne State Medical School, and became an air force flight surgeon and chief of medical services. He eventually returned to Detroit to chronicle its deadly streets in Storms and Grace. He now practices medicine in New Mexico and Guam.