The 12 Best Secrets of Christmas 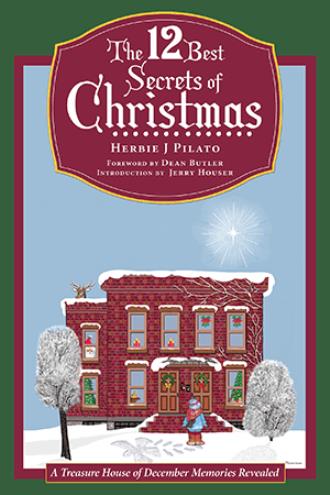 "My goodness," Miss Nelson said to those of us in her second-grade class, "…you people act as though you have never seen snow before."

We, of course, had indeed seen snow before, but not for a while. Months of warm, sunny weather had proceeded weeks of fallen colored leaves that were pasted into scrapbooks and called art.

Some years the snow arrived before Rudolph.

Sometimes it didn't. But when it did, Miss Nelson was not wrong.

I remember sitting in the classic-styled wooden classroom desks…the kind that stuck together…the kind that we had to dust underneath and around before we left school for the day.

This one day, Miss Nelson was centered in the front of the room, holding a textbook, science or some other, in her right hand, opened to a certain page she was intent on having us review. To our right, outside of nowhere, braided white flakes had descended from the sky. My classmates and I immediately left our seats and ran to the four large windows, designed with the gumwood that is rarely constructed today in any school (let alone any home or place of business).

The “oohs” and “aahs” echoed the room. The snow renewed us. We were recharged. That white stuff became something great. Once outside, we would play in it, with it, and on it. Like its more solid, slighter-Cinnamon cousin on the beach, the sand, we even created with it.

Yet the sand needed water to make a kind of clean mud. On the shore, you had to watch for the waves. Otherwise, your castle toppled before you finished the drawbridge. And since the snow was water-based before it touched the ground that made it a better thing.

When we finally completed the creation of snow-people, the flakes kept falling, giving more weight below to the happy structure with the carrot for a nose, and two eyes made out of coal, as plays that other Christmas carol favorite.

The best thing about that snow had to do with the angels it helped us to make, the wings it gave us to fly as if it was our job to the return the flakes to the sky.

It was just as Miss Nelson had said.

“Every December, the gaps close between us all; individuals, families, groups, communities, cities, states, provinces, nations, cultures, and religions. We are kinder to each other. We listen to those who are not heard, speak to those who are ignored and care about those who are disregarded. We reach out to those who are unreachable, play with those who work too hard, and laugh with those who shed too many tears. We make angels in the snow or buy our true love their favorite perfume or cologne. We give to those who sometimes only know how to take and keep, offer peace where there is unrest, and so on and so forth and so good. These are the personal things and intimate moments from which holiday memories spring — and just a few examples of the December discernments to behold in this book.”

Advance Praise for The 12 Best Secrets of Christmas

“Herbie J Pilato has prepared for us this delicious feast of Christmas Secrets, which he serves with love. Spend the holidays with this delightful book. It will warm your heart.”

Christmas vs. The Walters)

“With each nostalgic turn of the page, Herbie J Pilato’s 12 Best Secrets of Christmas is written for everyone and is very relatable as the youthful Christmases we had or the ones we wished for. I found it inspirational, comforting and full of joy.”

“Einstein suggested to ‘make everything as simple as possible, but not simpler.’ With The 12 Best Secrets of Christmas, Herbie J Pilato has done just that, artfully transforming his early experiences into heartfelt, warm, and enduring life lessons. In the guise of a seasonal offering and gleaned from his Christmas past, Pilato has distilled his introspections into a portable, poignant and insightful memoir, a wise and timeless gem of a little book. With this, as with his other work, Herbie J Pilato has again proved himself to be an American Original.”

among other Emmy-winning TV classics)

Herbie J Pilato is a writer/producer/actor who’s list of top-selling pop-culture books include Retro Active Television, Mary: The Mary Tyler Moore Story, Twitch Upon a Star: The Bewitched Life and Career of Elizabeth Montgomery, NBC & ME: My Life as a Page in A Book, Glamour, Gidgets and the Girl Next Door, Dashing, Darrin and Debonair, among others. He is the host of TV’s Then Again with Herbie J Pilato, and has recently recorded his first Christmas music CD.

Dean Butler is a versatile actor and producer of entertainment, sports and documentary programming. He is best known for his roles on TV classics like Little House on the Prairie, and The New Gidget.

Jerry Houser is an actor and voiceover artist whose expansive list of credits include feature films like The Summer of ’42, and Slap Shot, and as an announcer for the perennial TV special, Rudolph the Red-Nosed Reindeer.