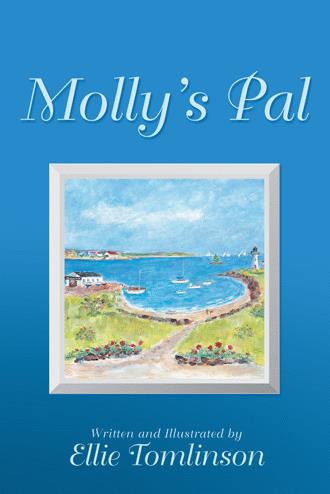 I wrote this story called "Molly's Pal" after my late, dear companion told me about his dog that was in trouble with a neighbor who claimed he bit her. The dog, Pal, was subsequently donated to Dogs For Defense in 1942. His mother still had all the paperwork from Dogs For Defense, including Pal's recruitment, honorable discharge, duty postings and a telegram telling her he was coming home after the war ended. That prompted me to do some research about WWII and Dogs For Defense and to write a story I felt needed telling. I also learned a lot about war dogs serving in Viet Nam, but that is another story. I chose the name Hobart from my ancestry tree and wrote from the perspective of the young girl I once was who loved her own dog and could not image having to send her away to war.

It is the first day of summer vacation in 1941 when Molly Hobart reluctantly leaves the beach to go grocery shopping with her mother. As their errand comes to a close, Molly skips to the car, opens the door, and finds a wonderful surprise waiting for her in the seat: an abandoned puppy! Molly is sure he is the dog she has been wishing for forever. Her mother is sure the puppy is a stray whose family is missing him. Molly quickly falls in love and names the puppy Pal. After a month passes and no one claims him, her parents decide he can officially be adopted and become Molly’s dog. She is the happiest girl ever, even as World War II begins. But their adventures together sadly come to an end when Pal finds trouble with a cranky neighbor. Left with no other option, Molly’s father calls an organization recruiting dogs to help win the war. Soon, Molly is left heartbroken as Pal qualifies to join Dogs for Defense and leaves in a truck bound for boot camp in Virginia. Will she ever see her beloved furry friend again? Molly’s Pal is the entertaining story of a girl and her adopted dog as they share adventures and he is eventually recruited to serve his country and help win World War II.

Ellie Tomlinson graduated from Colby College and was an art teacher at the Tower School for many years. She is a professional artist who works in oil, watercolor, and acrylic. Now retired, Ellie lives with her dog and two cats by the sea in Marblehead, Massachusetts.