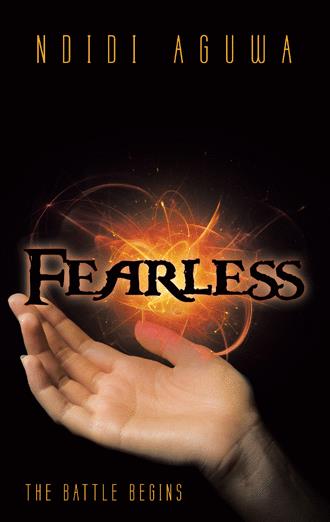 It strikes me now that the school isn’t as safe as I once thought it was. Sure, attacks have happened before, but no one died. But now that fatalities have been thrown into the mix…Acerbity’s getting closer, too close for comfort. What if more people had died? What if I had been one of those five? What if the other Keepers had? Actually, no. If they killed us, the necklaces would have been destroyed. We’re safe. For now. It’s the Elemental Stones they want, not us.
So why do they keep attacking the school? They just keep losing members.
“So what are we going to do?” Mark asks, crossing his arms.
“Honestly?” Sam shrugs. “I don’t even know. Wait it out, help fix what was damaged. It’s not like we can go out there and fight Acerbity.” She looks at me. “That’s how you say the name, right?”
I nod.
“True,” Jackson nods. “It irks me, though, that we can’t do anything about it. What good are these powers if we can’t use them to defend ourselves?”
“We can do something,” Emma argues. “We can fight back.”
Chris laughs in spite of himself. “Emma, we can’t fight back. You want us to die?”
“We have powers. They don’t.”
“And they have obsidian, which is lethal to Elementals,” Natalie says. “No one knows why it’s bad for us, but we do know they’re really good at making all kinds of weapons with it. Of course, since it’s a type of glass, it’s very brittle, so they have to fortify all obsidian weapons with magic from traitors to keep it from, say, shattering before it leaves the barrel of a gun.”
Emma balls her fists. “Well, doing nothing is quite possibly the stupidest thing I’ve ever heard. We have the advantage. They have weapons made out of some dumb rock, and you’re telling me you’re just going to lie low because they’ll kill you if you don’t?” She shakes her head in disbelief. “Only cowards do that.”
Ouch.
“Being brave doesn’t mean doing something just so you don’t look fearful,” Jackson says. “Sometimes stepping back is the best thing to do. Just because we have powers doesn’t mean we’re invincible. A bullet to the head will kill non-Fire Wielders just like any human.”
Mark has a conflicting look on his face, like he’s fighting himself. He wants to take Emma’s side, but he’s worried that would make him look bad.
I know this because I’m doing the same thing for the same reason.
Finally, Emma sighs. “Okay, okay. Whatever you say. It was nice talking to you guys.” She makes an about face and walks away from the group. Her tread is stiff and pointed, as if she’s trying to make holes in the concrete floor. Emma truly does have a flair for the dramatic. I watch her go for a couple of seconds. Should I go after her?
I should. “I’ll talk to her.”
Sam places a cold hand on my arm. “She’s not so easily swayed. I should go instead. You know, ‘cause I know her.”
I shake my head. “Believe it or not, I was actually the peacemaker in my family. Besides, you didn’t exactly take her side of the argument. Maybe a neutral party will get our ice princess to warm up.”
A couple of people call my name as I follow Emma, but I wave them off. She’s heading for a corner of the room, the only one not occupied by sleeping underclassmen. As soon as I slump onto the ground next to her, she turns her head away and shields herself with a wall of ice.
Rolling my eyes, I press my hands onto it, and after a moment it starts to melt. When all the ice has become water, she collects it in her hands and makes it disappear. Drama queen status confirmed.
She sniffs as her eyes begin to water. “My father is missing, and the thought of not looking for him because it might be dangerous makes me want to scream. So if you’re here to give me another lecture on the importance of hiding, I don’t want to hear it.”
“No, no,” I assure her. I exhale heavily. “I…feel the same way as you do. You know, Natalie didn’t tell you this isn’t the first time Acerbity has attacked the school.”
“It’s not?”
“Of course! It happens about twice a year. This is where we usually go when it happens. It’s just…this is the first time kids have died because of it. And it’s not like we can abandon the school and hide elsewhere. This is the safest place for us. The closest Elemental school is in Virginia.” I bite my lip. “I think everyone’s afraid of instilling the idea of retaliation because of it. They’re afraid more people will be hurt.”
Emma nods like she understands. “But more people will get hurt, whether we fight back or not.”
I point a finger at her, getting riled up. “Exactly! They keep avoiding that fact. They say they don’t want to wake the sleeping giant, but they forgot the giant never went to bed.”
“So how can we fight back?” she asks, blue eyes shining.
“I’m not sure,” I admit. “But let’s brainstorm together sometime. Maybe we can come up with something.”
“Great!” Then she frowns. “I just wish we weren’t the only ones who felt this way.”
Mark’s face pops into my head. Trying not to blush, I say, “I think I know someone who does.”
Emma’s right. I’m tired of bending over backwards for these wayward people. I want to blast each and every Acerbitian in the face with fire. When they slap us, I want to slap back. I don’t want to turn the other cheek. Why should we be ashamed of our heritage? We have amazing powers. We’re agile, smart, beautiful creatures. Elementals. We need to fight back.
But how?

Sixteen-year-old McKenna Donaldson is the Fire Keeper; she holds the Firestone, the power source for all Fire Wielders in the world. McKenna attends Lalande Academy, a boarding school for people with Elemental powers. Her life is finally starting to become normal once more following the disappearance of her mother and eleven sisters two years ago.

Then her world is once more turned upside down when the Water and Air Keepers—two girls who have been missing—turn up at the boarding school. Emma Richards, the Water Keeper, tells McKenna and her friends that they could find and rescue the important Elementals who vanished two years before—including McKenna’s family. The group of teens begin preparing for the mission of a lifetime. But Acerbity, an organization that wants Elementals dead, is intent on disrupting their plans, and McKenna soon realizes she can no longer live in fear of her powers. In order to get back what was lost, she’ll have to overcome what is holding her back—even if it means a personal sacrifice she could never have imagined.

Ndidi Aguwa is a high school junior. Fearless is her first novel. When she isn’t writing or studying, she loves watching soccer, listening to music, and reading. She dreams of going to Stamford Bridge and meeting the players of her favorite soccer team. She lives with her parents and two younger siblings in New York.